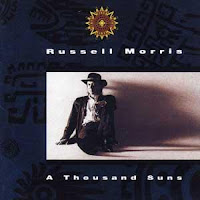 Russell Morris has been an icon of the Australian music industry since the 1960s. His classic hits include 'The Real Thing', 'Sweet, Sweet Love', 'Rachael', 'Part Three Into Paper Walls', 'The Girl That I Love' and 'Wings Of An Eagle'. During his solo career, Morris had done limited live performances without a band of his own. He then formed the Russell Morris Band and threw himself into a busy round of live performances, writing songs designed to be played live rather than chasing radio airplay, but scoring a couple of minor hits on the way. Eventually, the band played and recorded as Russell Morris & the Rubes.

In 1991, Morris released another solo album, 'A Thousand Suns'. Talking about the title track A Thousand Suns in a recent interview  Russell says that he figured people who heard this song probably  didn't really understand what it was about. "I wrote it after I read One Crowded Hour about the war photographer Neil Davis" says Morris. "I always liked the pictures the lyrics painted."
.
There is a lot of information about Russell on various sites about his early career, but not much about what Russell has been doing in later years, particularly since he released this featured album.
.
1992 ---- Morris played the part of Riff Raff in the new Rocky Horror Show
2000 ---- Played Simon Zealotes in the new Jesus Christ Superstar
2000 ---- Jim Keays of the Masters Apprentices replaced Ronnie Burns, forming the new group Cotton, Keays & Morris
2001 ---- The Real Thing and Wings of an Eagle were included in the soundtrack of the Australian film "The Dish" 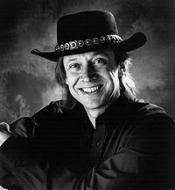 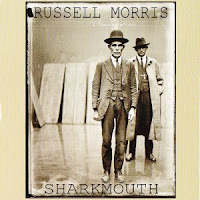 2011 ---- Brian Cadd & Russell Morris release a Country & Western album "Wild Bulls & Horses" - - - 2012 ---- Russell presented with Support Act's Excellence in Community Support Award.
2012 ---- Russell organised and played a memorial concert at the Palais Theatre in St.Kilda, Melbourne for Darryl Cotton (Concert for DAZ - A celebration of the life of Darryl)
2012 ---- New Russell Morris blues album "Sharkmouth" official release Friday October 12
The project was created after Russell had read about a 1920's Gangster from Sydney, Shark Jaws. This was the driving force behind a desire to create an album including Australian characters from the 1920/30's era..mostly whom were gangsters!
.
This post consists of FLACs taken from both CD and Vinyl.  The album itself was taken from CD and includes full album artwork. The two bonus tracks "Stay With You" / "Turn To Stone" were taken from a 45 released in 1983, with a very different version of "Stay With You" to that released in 1991.
In addition, non-album tracks "This Bird Has Flown (demo version)" released with the CD single "A Thousand Suns" and "She Is Leaving", released with the 1991 CD single "Stay With You" are also included (thanks to Deutros).
Overall, this is a strong album with every track having its own merit. The highlights for me are certainly the title track, his earlier single "Stay With You" and of course the 1990 remixed version of "The Real Thing".
. 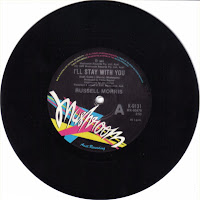 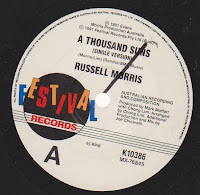