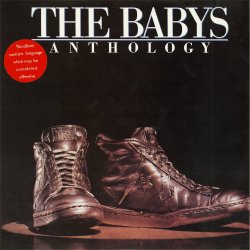 The Babys were a British rock group in the late 1970s. The Babys were able to chart 6 albums between 1976 and 1981 through Chrysalis Records. Their highest charting singles were "Isn't it Time" and "Everytime I Think of You", both of which reached #13 on the U.S. Billboard Hot 100 chart. 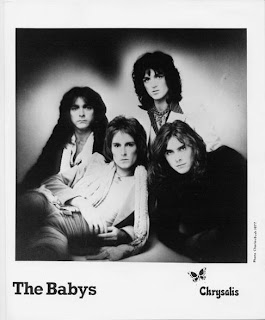 Origin
There are two stories regarding the origin of the band and the source of the band's name.

Founding member Mike Corby places the origin of the idea for the band at Smalls Cafe on the Fulham Road in London in 1973 during a chance meeting with manager the late Adrian Millar. An agreement was signed between Corby and Millar on September 4, 1974 and auditions were held to fill out the remaining members. The names "Cry Babys" and "Big Babys" were also proposed with Millar ultimately deciding on "The Babys."

In a 1979 Hit Parader magazine interview, Waite stated, The name was meant to be a joke. We took the name simply because the record companies wouldn't listen to any bands they thought were rock & roll. I mean, they wanted sure-fire teen bands, pre-teen bands. We couldn't get anybody down to hear us to get a record deal, so we called ourselves The Babys. We thought we'd keep the name just for two weeks. Then, the word got around in London that there was a band playing rock & roll called The Babys and it seemed so off the wall, so completely crazy, that it was worth taking a shot with. It really appealed to everyone's sense of humour.

Chrysalis Records finally signed the band in 1976, and they released their selftitled debut album. 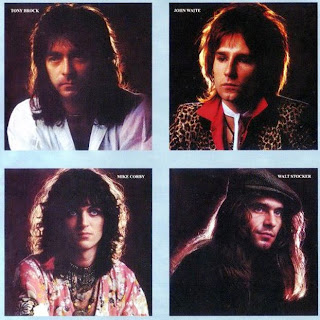 The Babys eponymous first album (highlighted by the single "If You've Got The Time") was recorded in Toronto, Canada with producers Brian Christian and Bob Ezrin and released in January 1977, although it appears that Millar and Corby were unhappy with the production.

Some critics felt the teen-friendly packaging on their second album Broken Heart may have affected the group's appeal to wider audiences, although it is claimed that it was part of an experiment by Corby with group members looking like characters from the film A Clockwork Orange. As far as record sales were concerned the Babys seemed to live in the shadow of other Chrysalis artists Blondie, Pat Benatar and Leo Sayer. The Babys second album, Broken Heart, (released in September 1977) produced a top 20 U.S. hit "Isn't it Time" written by Jack Conrad and Ray Kennedy, which peaked at #13 on the Billboard chart. They continued to tour the U.S. successfully with the Babettes who included singers from Andrae Crouch and the Disciples: Lisa Freeman Roberts, Myrna Matthews and Pat Henderson. The album spent two weeks at number one in Australia but did not produce another top 40 single.

Disputes with Chrysalis management resulted in the firing of original manager Millar in 1978. Corby was also sacked by Chrysalis in August 1978 and a  replacement was sought. The company brought in two musicians to replace the co-founder: Jonathan Cain on keyboards and Ricky Phillips to play bass. From 1979 until the final breakup in 1981 the Babys line-up consisted of vocalist Waite, drummer Brock, bassist Phillips, guitarist Stocker and keyboardist Cain.

The Bands Demise
During a performance in Cincinnati on 9 December 1980 (the day after John Lennon had been murdered), John Waite was pulled from the stage by an overzealous fan during an encore and seriously injured his knee. Following a subsequent final performance by the group in Akron, Ohio, the remainder of the tour was cancelled, and the group disbanded following the tour. Although different members of the group have given various reasons for the band's demise, the general issue seems to have been disillusionment that the group never really achieved the success they felt they deserved given the quality of their albums and live shows. Waite later mused, "We were better than people thought we were."  [extract from LyricsFreak.com]


After The Babys
John Waite, Ricky Phillips and Jonathan Cain later played together in the hard rock/glam rock-infused supergroup Bad English. By this time, Cain had already gone on to enjoy great success with Journey. Tony Brock spent many years drumming for Rod Stewart, as well as drumming and co-producing for Jimmy Barnes and producing for Keith Urban. Wally Stocker went on to play guitar for Rod Stewart and Air Supply, as well as a reformed version of Humble Pie in the 1990s. Wally Stocker and Tony Brock have not worked with John Waite since the breakup and there have been no rumors of any kind of reunion for the 1979 lineup. And given the persistent acrimony surrounding Corby's departure from the group, there is also little chance of the original 1976 lineup ever getting together again. [extract rom wikipedia]

Babys In Australia
(extract from the article 'Songs That Make The Back Of Your Neck Feel Dirty' - Sydney Morning Herald, 16th January, 1986) 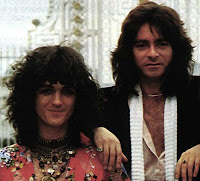 Hits don't necessarily have to be about the beach, surfing or sunshine. But they do have to pour out of every car radio cruising along every highway and out of every transistor-on-a-towei at every beach for a full three months. Listeners never forget them, songwriters spend their life trying to create them and record companies often couldn't survive without them.
They are Summer Hits, perfect pop songs which seem to capture the imagination of all those between 12 and 40 who shed their outer skin and frolic outdoors between spring and autumn. Summer Hits are the soundtracks to first romances, unforgettable holidays and just goofin' about with friends.
Early in 1980 I was standing sidestage with the promoter of a huge Sydney outdoor concert. The road crew was changing over gear on stage and the sweltering crowd was being treated to a random selection of taped music. Suddenly the restless horde came to life and began singing along, loudly and enthusiastically, with a moderate hit by an American band called the Babys. The song, "Isn't It Time?", struck an incredibly responsive chord with every one of those young bronzed Aussies, who were leaping up and down screaming out the lyrics. The promoter, there and then, decided to book the Babys for a concert tour and would have proceeded, had not they disbanded before it could come to pass. Certainly, most of that audience wouldn't have had a clue who was performing the song but you can be sure that, to this day, they probably remember every word of it.
When the lyrics of a pop hit connect with the collective mood of its audience, a bona fide 'standard' is born. This was the case with "Isn't It Time" 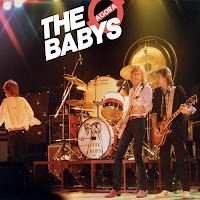 It is interesting to note that the LP release of their Anthology album had 14 tracks squeezed onto its vinyl, whereas the first CD release only had 10 of these tracks.  I'm not sure what Chrysalis were thinking when they decided to water down the CD as it was far from being an Anthology. A later release of the CD returned the collection back to its original state, however, there were still some crucial tracks missing in my opinion.
Therefore, I have chosen to fill these gaps by including the following bonus tracks:  "If You Can See My Fly" (from Broken Heart), "Run To Mexico" (from Head First) and both "Looking For Love" and "Dying Man" from their debut album.
Also note that I have previously posted a Babys Bootleg called 'Spoilt Brats' which is also worth listening to.
This post consists of MP3's (320kps) ripped from vinyl and CD, and as usual full album artwork for both LP and CD. There are also a stack of photos, sourced from Michael Corby's Myspace Page with thanks.

Late Appendum:  If you're interested in hearing an indepth interview with John Waite, talking about his musical influences and career over the past 35 years, then have a listen to transplantedaussie's podcast on his ichatwith website.  For more information about John Waite, you might like to visit some of  the following sites:  John Waite's Official Website,  John Waite's European Website  and his Myspace Page 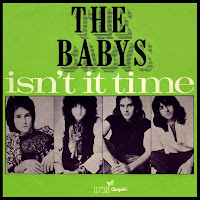 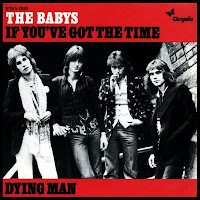