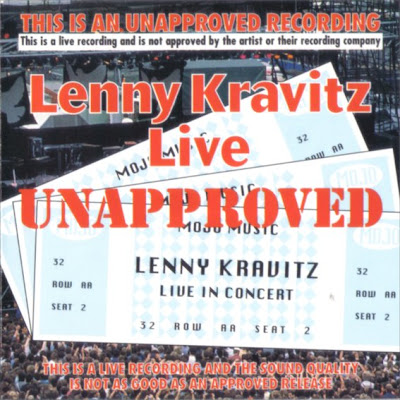 Born in 1965, Lenny Kravitz is a US funk-rock singer/songwriter from New York, who taught himself piano and guitar (later drums too), before his parents moved to Los Angeles, where he joined the California Boys' Choir. Adopting the pseudonym Romeo Blue in the early 80's, he began work as a session musician, then booked a studio to write and record songs for his debut album 'Let Love Rule' (1989), which mixed soul, funk, blues and hard rock.
Rejected by virtually all major labels, he signed to Virgin and released the raw-sounding album without even remixing it. Dismissed by many as a mere Sixties revivalist, he nevertheless won a fervent following and was voted Best New Male Singer by Rolling Stone.
In 1985, Lenny's parents divorced - a fact that affected Lenny very deeply. A year later, Lenny moved to New York where his girlfriend, the actress Lisa Bonet, worked on The Cosby Show. There, Lenny met the recording engineer Henry Hirsch with whom he worked together 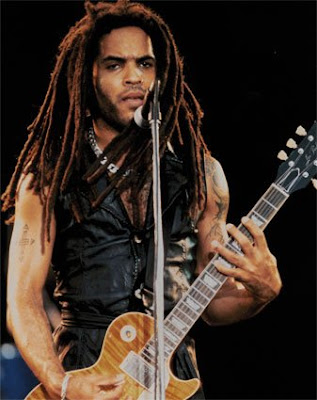 on his debut album, Let Love Rule.
In November 1987, Lisa and Lenny got married in Las Vegas. A year later, their daughter Zoë was born. In 1989, Let Love Rule was ready to be released by Virgin Records; Lisa had contributed to the lyrics. The album encountered harsh words from critics but the public liked the mix of soul and rock which ended up in the charts (US#61, UK#56). Lenny said that he wanted to create an honest sound, which sounded outdated to some listeners. He played most of the instruments on the album.
Lenny co-wrote the lyrics and produced Madonna's video Justify My Love. Rumors about a love affair between him an Madonna and other infidelities by Lenny resulted in a schism between him and Bonet in 1991 and ended with a divorce in 1993. 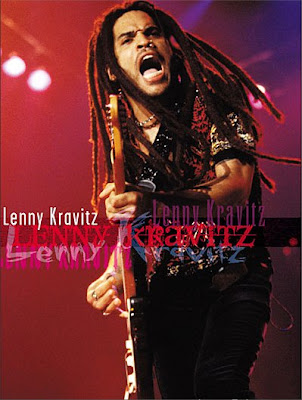 In 1991, his second album, Mama Said (US#39, UK#8, Germany#20), was released. It was more introspective and sold platinum. Its single It Ain't Over 'Til It's Over was a hit (US#2, UK#11, Germany#43). In 1993, the third album, Are You Gonna Go My Way (US#12, UK#1, Germany#7), was the first to be acclaimed by critics. The title song won an MTV Video Award for Best Male Video.
In 1992, Lenny produced an album for the French singer Vanessa Paradis on which he played most of the instruments and wrote several lyrics. In 1993, Kravitz wrote "Line Up" for Steven Tyler from Aerosmith. Together with Mick Jagger, he recorded a new version of "Use Me" for Jagger's album 'Wandering Spirit'. Lenny also worked with Al Green and Curtis Mayfield.
In 1994, he released 'Spinning Around Over You', which included five live tracks from his 'Universal Love' Tour. His followup album, 'Circus', was influenced by emotions about his mother who was fighting cancer at the time. It was released in the summer of 1995; his mother died in the following December. Then, Lenny moved with his daughter and grandmother to the Bahamas.
Lenny's next album, '5', includes the hit singles 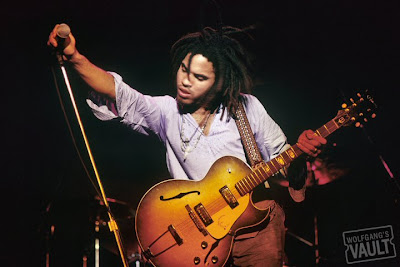 "Fly Away", which earned him a Grammy for Best Male Rock Vocal Performance in 1999, "Thinking Of You", dedicated to his mother and "Little Girl's Eyes", written for his daughter.
After a successful European tour, Lenny's later editions of 5 included "American Woman", a song used in the film Austin Powers: 'The Spy Who Shagged Me'.
In 2000, Lenny Kravitz' Greatest Hits were released. The fifteen titles include "Are You Gonna Go My Way", the ballad "It Ain't Over 'Til It's Over", "American Woman" and "I Belong To You". The album's track "Again" won the 2001 Best Male Rock Vocal Performance Grammy Award.
Still tagged by some as an opportunistic chameleon who recycles Hendrix riffs, Kravitz is in fact a skilful stylist reshaping musical genres to fit his own progressive ideas [extract from Lenny Kravitz website]
. 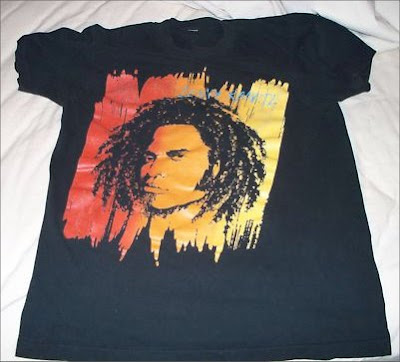 This post is another Live Bootleg released by Mojo, featuring tracks from Lenny's 1989-1990 club tour which covered the USA (New York, Boston, Chicago) and the UK (London). The songs on this particular bootleg were recorded live in the Town & Country Club, London, 24.5.1990
The post consists of a 320kps rip taken from CD and includes the usual generic artwork typical of the 'Live Unapproved' series. This bootleg (or parts of it) have been released under other names: 'Always On The Run (Volume 1)' - 'Cold Turkey' - 'Flower Child' and 'If 6 was 9'.
I have included the more appealing artwork for 'Flower Child' as an alternative cover.
In addition, I have also included 3 bonus live tracks taken from Lenny's more recent single "Again". They are "Fly Away", "Always On The Run" and the hit "Are You Gonna Go My Way".
.
Track Listing 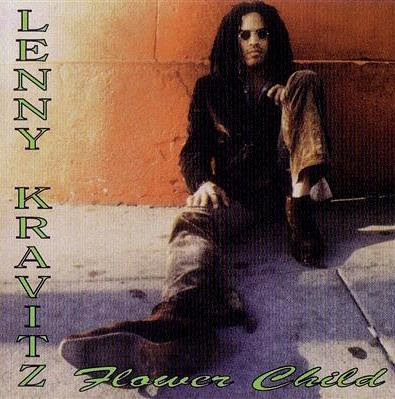