George Thorogood And The Destroyers - Selftitled (1977) 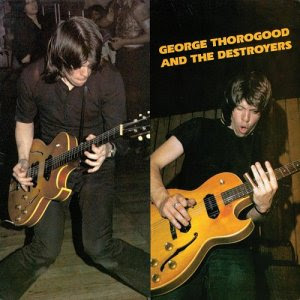 George Thorogood was born on December 31, 1950 and was raised in Naamans Gardens, Delaware, where his father worked for DuPont. He graduated from Brandywine High School in 1968. Thorogood played semi-professional baseball, but turned toward music after seeing John P. Hammond perform in 1970.
Thorogood formed the Delaware Destroyers in 1973, and moved the band to Boston where they became familiar faces on the East Coast blues circuit. During this time, Thorogood continued to play baseball, touring with the band during the off season. The band recorded a demo tape in 1974, which would later be released in 1979 as the 'Better Than The Rest' album. 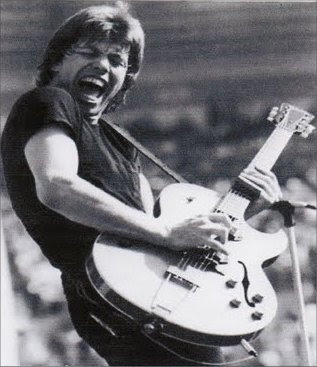 scorched-earth live performances with the Destroyers brought the band to the attention of Rounder Records, which released the band's critically-acclaimed, self-titled debut in 1977 (Note: Stockade released this album in Australia).
The album sold extremely well for an independent release, leading to the 1978 release of Move It On Over, which I will post at a later date.
In the 34 years since the release of this debut album, George Thorogood and the Destroyers have forged a career of exceptional durability. Delivering guitar-driven roadhouse rock and houserockin' blues, the blueprint established by that debut has been followed by the band ever since, and songs from that album like "Madison Blues" and "One Bourbon, One Scotch, One Beer" are crowd-pleasers still played by Thorogood and the Destroyers to this day.
This basic blues-rock sound has brought Thorogood criticism from blues purists even while it's made Thorogood and the Destroyers one of the most popular blues-based bands on the road and in the studio. Over the course of 15 live and studio albums – two 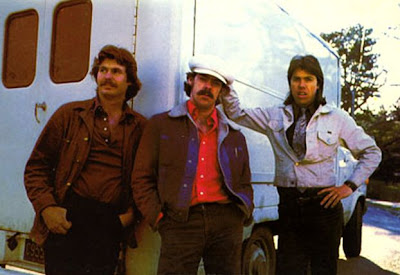 which have gone "Platinum" for a million units sold, and six that have been certified as "Gold" – the hard-working trio has become known for signature songs like "Bad To The Bone," "Move It On Over," "Born To Be Bad," "Get A Haircut," and their raucous cover of Bo Diddley's "Who Do You Love?" [ extract from wikipedia]
.
Thorogood's asssociation with Chess Records
George Thorogood has been essaying the Chess repertoire since his 1977 debut album, which included songs by Elmore James and Bo Diddley that originated on the label. He has cut 18 Chess covers over the years; three appeared on his last studio release, 2009’s 'The Dirty Dozen'. On 2120 South Michigan Avenue, he offers a full-length homage to the label that bred his style with interpretations of 10 Chess classics.
Chess’ studio spawned timeless ‘50s and ‘60s recordings by Waters, Chuck Berry, Bo Diddley, and Howlin’ Wolf, which served as inspiration for the Stones and their blues-rocking brethren, and then lit a fire under their successors George Thorogood and the Destroyers.
Thorogood recalls:
.. 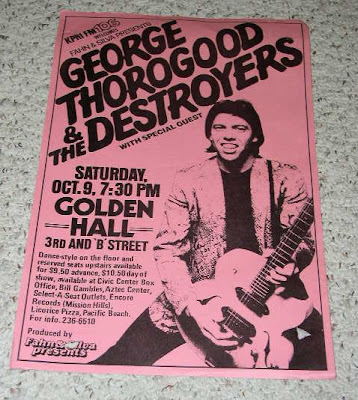 "I remember as a teenager reading about Mick Jagger meeting Keith Richards on a train. Jagger had a Chuck Berry record, and he said he wrote to Chess Records and got a catalog sent to him. Just out of curiosity, I took out one of my Chess records, got the address, and I wrote to Chess Records. And they sent me a catalog of the complete Chess library, and I started buying up these Chess records. I bought every single one of them I could possibly get.
“And I remember reading the backs of those Chess records and seeing the address, 2120 South Michigan Avenue, and I said, ‘That’s the same address as the Rolling Stones’ instrumental!’ And I started putting one and one together and coming up with a big two.”
.
Over time, Chess’ catalog and artists became the sources of Thorogood’s higher education in music. “That was my school, the college that I had to learn my trade in,” he says. “I had to figure out how these people did these things.” 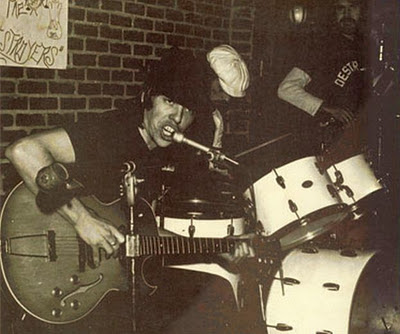 His latest album also celebrates the performers who shared stages with Thorogood and the Destroyers and encouraged them when they were just coming up on the East Coast blues scene.
He says, “The people who helped me out were all the guys in Muddy Waters’ band, all the guys in Howlin’ Wolf’s band. They were wonderful to me, and they wanted to help me. They saw what I was trying to do.” [extract from Thorogood's Website]
.
Album Review
Break out the bottles of booze and crank up the volume... gritty guitarist George Thorogood and his tight backing Destroyers blow-out ten raucous, John Lee Hooker and Chuck Berry inspired songs to throw back shots into the early morning hours throughout the 1977 hard rockin', blooze-based LP. Opening with the quick-hittin' "You Got to Lose", the self-titled album rolls behind raw tracks that features the lengthy "One Bourbon, One Scotch, One Beer", plus the get-down stomp of "Madison Blues", "Can't Stop Lovin'", and set closer "Delaware Slide".
This is like the best bar band you've ever heard. People who talk smack about George Thorogood are really missing the point. By playing such cranked-up versions of their music, he has undoubtedly introduced more people to Bo Diddley, Chuck Berry, Elmore James, and John Lee Hooker than any SBS documentary ever will. 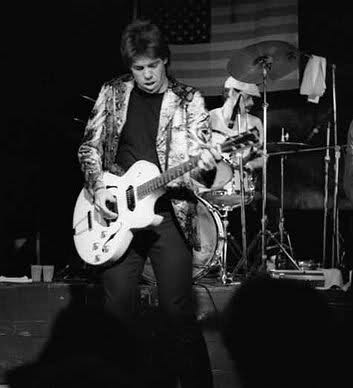 .
If you want to collect Thorogood, his first two albums (this one and 'Move It On Over') are his best. He sold more copies later when he switched to EMI, but the records just aren't as consistent or fun. An unfortunate consequence of the label change is that both of the compilations put out by EMI miss out on classic material from the first two records, stuff like "Ride on Josephine", "You Got to Lose", and "It Wasn't Me".
This album was everything that I wanted it to be, high energy, raw and considering how long it took to record, amazing quality. No matter that it had only two George Thoroughgood written tracks, it transformed some of the other tunes into something I could relate to. Thus Bo Diddleys "Ride on Josephine" and Earl Hookers "You got to lose" were headed in a direction that I could understand. Some 35 years later I still get the buzz that I had then when I first heard the album played at a Uni party.
Surely that's the test of a great album?
.
This rip was taken from my virgin vinyl (ripped at 320kps) and includes full album artwork. This 'Stockade pressing' is something special I can tell you - it sounds almost like a direct to disc recording. Crystal clear and super sharp acoustics make this a 'kick ass' blues and boogie album, So enjoy!
.
Track Listing
01 You Got To Lose 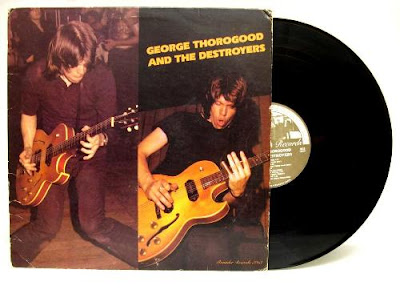