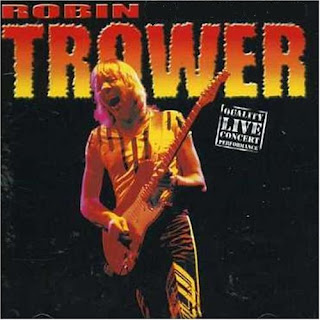 Robin Trower's career has spanned more than four decades, starting first with Procol Harum and then as a solo artist in the early 70's. He is one of the finest guitarists in Rock n' Roll history. Throughout his long and winding solo career, Robin Trower has been called the "White" Hendrix due to his uncanny ability to channel Hendrix' bluesy / psychedelic, Fender Strat-fueled playing style. This of course was what attracted me to his music in the first place as I am a huge Hendrix fan also. However, by the dawn of the '80s, it became quite obvious that Trower's stardam was rapidly fading, as each album sold less than its predecessor. A brief union with ex-Cream bassist/vocalist Jack Bruce spawned a pair of releases, 1981's B.L.T. and 1982's Truce, before Trower returned back to his solo career. The mid-late '80s saw Trower try and expand his audience with several releases that attempted to update his blues-rock style (such as 1987's slick 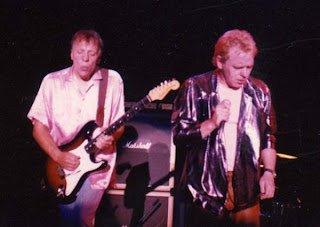 produced Passion), but none returned the guitarist back to the top of the charts. Nevertheless, I believe this 2nd incarnation of Trower's band was as good as that first one which featured the lengendary James Dewar on vocals. In fact, Trower's album, 'Living Out of Time' (2004), featured the return of veteran bandmates Dave Bronze on bass, vocalist Davey Pattison (formerly with Ronnie Montrose's band Gamma) and Pete Thompson on drums - the same lineup as the mid 1980s albums 'Passion' and 'Take What You Need'.
The FM concert provided here features the same band members, and the recording was made on Trowers promotional tour for his then up and coming 'Take What You Need' 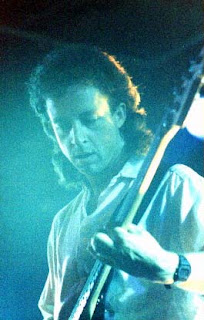 LP. The concert was played at New George's San Raphael on 27-01-1988 and broadcast by a San Francisco FM radio station - 97.3 KRQR. This is a good show...KRQR used to do weekly live broadcasts from New George's for a short period of time in '88, the majority of which were local acts. This was one of the big names that they managed to broadcast. There were also shows by Paul Collins (The Beat), Eddie & The Tide, and Soft White Underbelly (a.k.a. Blue Oyster Cult). A small correction worth noting: the town actually spells it "Rafael," not "Raphael."
.I particularly like this concert as Trower's guitar playing is not self indulgent and he gets down to business immediately by giving the audience what they want, "Too Rolling Stoned" starts the concert and then the band proceeds to provide a mixture of new material blended in with the old. Davey Pattison's vocals are very strong and he is able to reproduce the old material with uncanny similarity to that of Dewar. Trower's guitar work is nothing short of brilliant and is consistently supported by his rhythm team with 'David Bronze' on bass and 'Pete Thompson' on drums. The combined tracks 'Day Of The Eagle / Bridge Of Sighs' are spectacular, with Trower 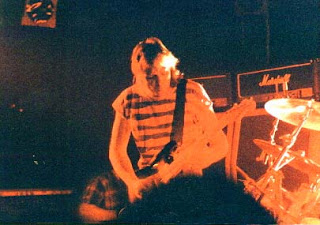 demonstrating total control of feedback and guitar work that almost mesmorizes the listener. The new material is strong and tight, showing that the band was well rehearsed at the time. This is probably one of the best soundboard recordings I have heard and almost out does his earlier commercially released live material on 'Trower Live!' and 'Beyond The Mist'. All in all, this is a classic set and should not be overlooked if you are a Trower fan.
The rip was taken from CD at 320kps and includes customised album artwork.
.Track Listing
01 Too Rolling Stoned
02 Love Attack
03 Day of the Eagle
04 Bridge of Sighs
05 Second Time
06 No Time
07 Take What You Need
08 Rock Me Baby
09 Tear It Up
10 Little Bit of Sympathy
11 Into the Flame