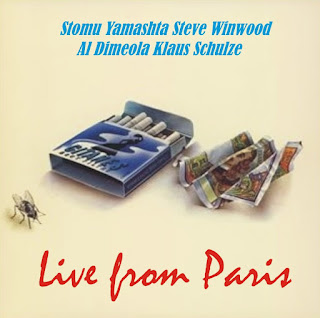 Stomu Yamashta was born in 1947 in Kyoto Japan, with the name Yamashita Tsutomu.
Since the late 60's he has developed an international reputation as a composer and performer (percussion, keyboards) of serious music, jazz rock fusion, rock, electronica as well as multi-media projects for the theatre, a ballet score ("Shukumei" ) and cinematic soundtracks. He has toured and played with the Chicago Chamber Orchestra and the rock group Come to The Edge. Yamashta has recorded not only jazz rock fusion and rock but music by the serious modern composers Maxwell-Davis and Henze.
He came to Europe in the early 70's working briefly in France on theatrical multi-media projects (e.g. the precursor for "Red Buddah Theatre" and "The Man From The East") before moving across the Channel to England. Through the 70's Yamashta recorded the majority of his 70's albums in the UK but alas very few of the Island Records recordings have been issued on CD. 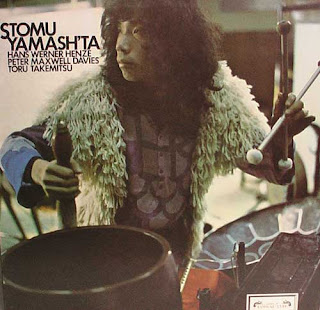 He has composed the soundtracks of the David Bowie film "The Man Who Fell to Earth" (which borrowed significantly from earlier recordings), Ken Russell's "The Devils", and race car documentary "One By One".
However, Stomu Yamashta is probably best known nowadays as the leader of the supergroup GO with Stevie Winwood, Al Di Meola, Klaus Schulze and Michael Shrieve for three albums and related performances.
What first attracted me to these albums was Al Di Meola's involvment, as I am a huge fan of this legendary guitarist and jazz rock in general. I was pleasantly surprised when I heard their first selftitled album and realised that there was more to Go than just the brillant guitar work from Di Meola.
The primary difference when comparing the live performance at Paris and the rendering simply titled Go (1976) is that Go Live From Paris (1978) presents the proceedings (as they exist) in a properly linear fashion, as correlated to the Eastern mythology that informed the extended two-part suite. This is in direct contrast to Go, which assembled the contents out of sequence. 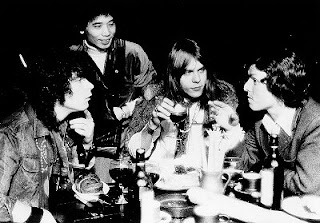 The stage show was recorded at the Palais Des Sports in Paris, France on June 12, 1976 and the recital setting allows for considerably longer and more exploratory interaction amongst Stomu Yamashta (percussion/piano), Steve Winwood (vocals/keyboards) and (drums). They are joined by legendary jazz axeman Michael Shrieve, Al DiMeola (guitar) as well as Tangerine Dream and Ash Ra Tempel veteran Klaus Schulze (synthesizer) -- all of whom had contributed to Go. Filling out the band are Jerome Rimson (bass), Pat Thrall (guitar), Brother James (congas) and Karen Friedman (vocals).
Specifically, the licks traded between DiMeola and Shrieve are comparable to the workouts the pair shared as part of the Borboletta (1974) era Santana.
In terms of sheer intensity, it is hard to beat Di Meola's searing leads and Winwood's blue-eyed soul on the driving "Ghost Machine," easily topping its former incarnation. "Surfspin" lands into the funky mid-tempo "Time Is Here" highlighted by Karen Friedman's expressive exchanges with Winwood, while Rimson punctuates the rhythm with some penetrating bass interjections. This is followed by the sole Winwood composition "Winner/Loser," which further exemplifies how the spontaneity of the concert yields results that best their predecessors.
. 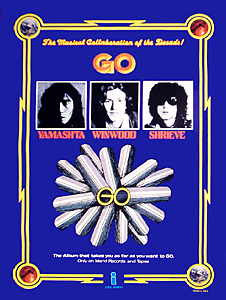 In fact, on the whole the material on Go sounds like a blueprint for the exceptional and inspired outing found here. The second movement commences with fairly even renditions of the trifecta "Solitude," "Nature" and "Air Voice" -- which had previously been given the name "Air Over." "Crossing the Line" is an additional zenith, spotlighted by Winwood's emotive vocals and the untamed and otherwise incendiary frenzy of fretwork courtesy of Di Meola. Clocking in just shy of 15mins, "Man of Leo" provides another opportunity for the players to loosen up and fuse their collective improvisations behind Di Meola's intense soloing and the similarly seminal instrumental offerings from Shrieve, Rimson -- who is at his most melodic -- and Freidman's haunting warbles (Extract from spinatosmusicpills.blogspot.com)
I highly recommend this double live album to those who can't get enough jazz fusion and spacey, cosmic orientated music that takes the listener on a voyage filled with guitar and synthesier meanderings. Steve Winwood's vocals then puts the icing on the cake.
The rip was taken from CD at 320kps and includes full album artwork for both LP and CD.
.
Track Listing
01 - Space song
02 - Carnival