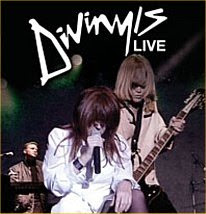 Led by provocative singer Christina Amphlett, whose songwriting with guitarist Mark McEntee is the basis of the band, Divinyls have recorded a wealth of excellent material, from commercial hard pop and driving arena-rock to alluring ballads.
Divinyls formed in Sydney, Australia, in 1980. Legend has it that guitarist Mark McEntee first saw vocalist Christina Amphlett performing with a church choir at the Sydney Opera House, and took notice of her when the cord of the microphone she was using became tangled on her stool, which she proceeded to knock over and drag across the stage, singing all the while. Mark: "From that moment, I knew something had to be done, that we should form a group."
As the bands focal point, Amphlett - who is the cousin of 60s Australian "Queen of the surf", Little Pattie (real name Patricia Amphlett) - has strutted her stuff the world over, astounding and bewildering audiences with her displays of school uniform-clad bump'n'grind burlesque, unrestrained sexuality and animal grace. 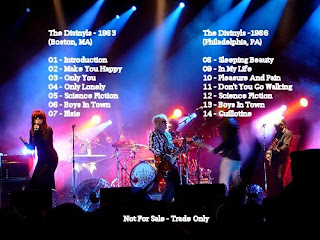 By the time Divinyls formed in 1980, Amphlett had been singing in bands since the early 1970s. Her early bands included Daisy Clover (which she joined at age 14), One Ton Gypsy and Steamhammer.
She had also spent three years travelling throughout Europe, during which time she spent a period in a Spanish jail. Jeremy Paul and Mark McEntee had both served sentences in the softest of all soft-rock bands, Air Supply.
Divinyls emerged out of inner-city Sydney and quickly built a national following. In September 1981, WEA issued the band's debut single Boys In Town which reached Number 6 during October. It was lifted from the mini-album Music from 'Monkey Grip' which was the soundtrack of the Australian low-budget movie Monkey Grip. Amphlett took the small speaking part of Angela in the film.
The band supported UK band Simple Minds on an Australian tour and Divinyls signed to Chrysalis and recorded the punchy 'Desperate' album in New York with producers Mark Opitz and Bob Clearmountain. The album spawned the singles Science Fiction (Nov 1982), Siren (Never Let You Go) (April 1983) and Casual Encounter (August 1983).
. 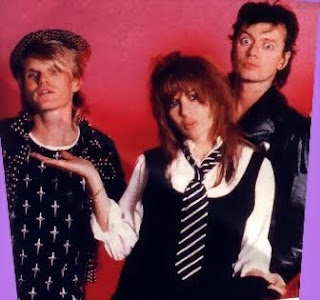 The band continued to tour extensively, both locally and overseas, and the singles Good Die Young (August 1984) and In My Life (November 1984) followed.
The 1985 album 'What A Life! ' reached Number 2 in Australia within a week of release. The first single, Pleasure And Pain (co-written by British 70's pop guru Mike Chapman) peaked at Number 5 and also cracked the American Top 40. Two other singles were lifted from the album - Sleeping Beauty and Heart Telegraph.
Following months of touring in the US, Divinyls returned to Australia with a line-up containing three Americans (including Frank Infante from Blondie). Such was their stadium rock experience at that time that the band consistently blew audiences away on the enormous Australian Made tour in 1987.
By the time their second Mike Chapman produced album, 'Temperamental', was released, the band were basically back to a duo of Amphlett and McEntee. The singles from the album were Back To The Wall (March 1988), Hey Little Boy (July) and Punxsie (October). All were minor domestic hits. 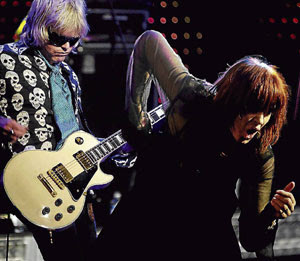 In 1990 Divinyls signed with Virgin and issued the biggest album of their career, Divinyls, spawning the Number 1 Australian single I Touch Myself in January 1991. This provocative paean to masturbation also took the band into the US Top Ten (Number 4) and UK Top Ten (Number 10).
Divinyls tracks subsequently started to appear in the soundtracks to US movies and TV shows (including Buffy The Vampire Slayer) and the band signed with BMG/RCA in 1996. [Extract from nostalgiacentral.com]
The live recordings included here are taken from the pinacle period in the bands career, when they released their 'Desperate' and 'What Is Life' LP's, with both concerts sourced from U.S tours. My favourite track is "Elsie" - purely for the raw energy that Christie Amphlett exhibits in this classic track.
The rip was taken from tape at 192kps and includes full album artwork.
.
Track Listing
(Spit - 4th May 1983, Boston, MA)
01 - Introduction
02 - Make You Happy
03 - Only You
04 - Only Lonely
05 - Science Fiction
06 - Boys In Town
07 - Elsie
(Tower Theater - 22nd Jan 1986 Philadelphia, PA)
08 - Sleeping Beauty
09 - In My Life
10 - Pleasure And Pain
11 - Don't You Go Walking
12 - Science Fiction
13 - Boys In Town
14 - Guillotine
.
Band Members
Christie Amphlett (Vocals)
Mark McEntee (Guitars)
Bjarne Ohlin (Keyboards)
Richard Harvey, J J Harris (Drums)
Rick Grossman (Bass)
.
Divinyls Link (71Mb) New Link 03/10/2013
.
Posted by AussieRock at 11:01 PM