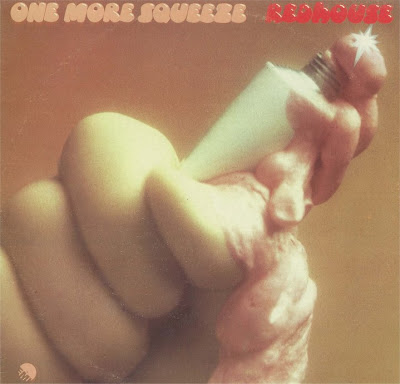 Originally formed as the Red House Roll Band, this Geelong (Victoria) quartet was that city's premier rock attraction during the mid-1970s. The Red House Roll Band provided a very theatrical stage show (along the lines of Alice Cooper) with band members dressing up in skeleton suits or Superman outfits.
In 1973 the band signed a record deal with Atlantic, which resulted in the single "O Lucky Man" (B-Side was Movin' On). Taken from the British feature film of the same name, the band's version of Alan Price's song became a regional hit. But the band went into hibernation and re-emerged in late 1975 as Redhouse, with a completely revised line-up comprising Jack Green, John Dallimore, Jacques De Jongh and Gary Crothall.

Redhouse built up a strong following on the Melbourne pub circuit as a hard-working heavy rock band.
In July 1976, 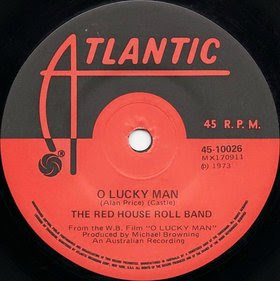 De Jongh left the band to join Hush. Graham Matters (on vocals) and Garry Quince (on guitar and keyboards) took his place. In September, Redhouse entered the studio to record a debut album, 'One More Squeeze'.
The album did not reflect the band's onstage energy and presented as a lightweight guitar-pop LP. The album produced the singles "I Like Dancing" (October 1976) and "Who's Foolin' Who?" (February 1977).
"I Like Dancing" peaked at #17 in Melbourne during December 1976, and in March 1977 Quince left to join Finch with Robin Riley coming in as his replacement.
A third single, "Thank You", was released in August 1977 before Graham Matters departed to join the cast of the stage musical A Chorus Line. Riley left in October and De Jongh returned briefly while Hush were off the road. 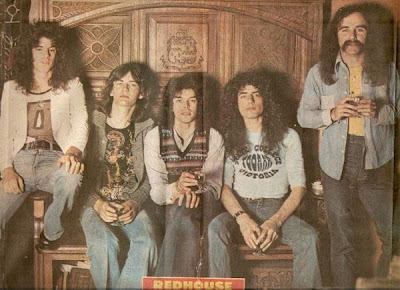 In December, long-serving bass player Jack Green took over management of the band and Redhouse re-formed with a new line-up of Dallimore, Crothall, Gary's brother Rick Crothall on bass, and Joey Amenta (ex-Taste) on guitar. Amenta did not last long and left in March 1978 to join the Russell Morris Band. Redhouse continued as a three-piece for several months before finally calling it quits.

In late 1978, John Dallimore and Rick Crothall formed a new band - a loud, heavy rock band in the tradition of Rose Tattoo and AC/DC. The band were modestly called Dallimore (see earlier post). The band issued one single (and a very catchy one at that!), called "We Are The Kids", in August 1980.
.

There's a Redhouse Over Yonder...Coming Up For The Third Time
(by Richard Guilliatt: article from RAM magazine, March 10, 1978) 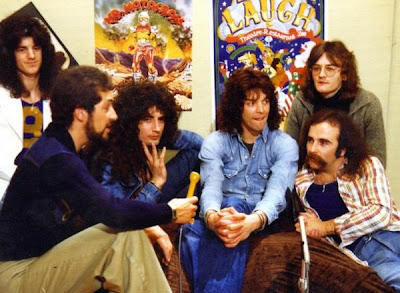 Gotta be honest here: Redhouse are not the type of rock band I'll ever fall in love with. First and only time I saw them was at a Myer Music Bowl concert which should have put me off them for life. It was painful. Graham Matters was up front with all his silly theatrics (I reckon they were always a mystery to everyone except him),
J. D. Dallimore was playing a lot of simple, very simple guitar solos which he accompanied with a lot of exaggerated, very objectionable Jimmy Page l-just-knotted-my-fingers-together, pained-face guitar poses, plus there was a horde of ummmm . . . enthusiastic girls screaming in all the right places, and a 7'/2 hour version of / Like Dancing which just about finished me off. That was some gig, I tell ya. "Yeah," says Jack Green, at that time their bass player, "but all you do at those type of gigs is jump around, make a fool of yourself and have a good time." He said something like that, anyway. Tonight there's no tape recorder or even notepad, just a swift perusal of the Redhouse Mark III model. The Redhouse Mk III model is currently in action on the stage of the Village Green Hotel. I really hate this place — it's full of the young, middle-class triple-front brick veneer moron couples I grew up with, well on their way to their own triple-front brick veneer nirvana. Not to mention the single "chicks", and "guys" with clipped moustaches, everyone in their Fiorucci crotch-crushers looking to pick each other up. They react to Redhouse the same way they'd react to anything on the stage that provided some semblance of beat for them to passionlessly dance to. 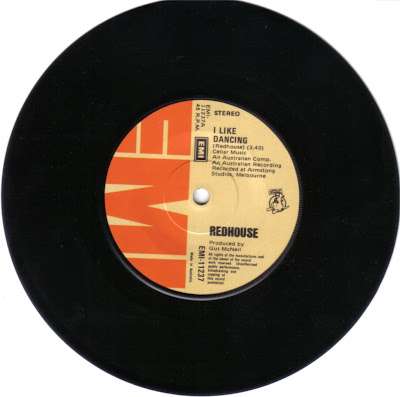 Jack Green and I survey the band and the crowd from the centre of the pub. Jack inspecting the troop's performance in his new role as manager. The change is one of several in the new and definitely improved Redhouse. Graham Matters announced his departure from the group in September, gone to follow his interest in theatre via A Chorus Line. The band had known for a while that things were definitely not happening as they once had — both from a playing and record company point of view. They weren't at all happy with the commercialised sound their debut album One More Squeeze ended up with, and when guitarist Robin Riley left shortly after Matters, the band was fragmented for a while, playing only a few gigs with Jacques De Jongh (on holiday from Hush) on guitar. They pulled the pieces together in early December by recruiting former Taste guitarist Joey Amenta and one of their own roadies. Rick Grothall, who turned out to be quite a hot bass player. There's a lot less bullshit to wade through with the new Redhouse, a point proven clearly when the band break into one of their old numbers. Little Paul, full of coy, fairy land lyrics and a grating nursery-time-kiddies' recital. Blechh. The new material, which Green rightly points out is a big improvement, concentrates more on the glitzo hard-rock chording and harmony vocalising that is the band's forte.

Early in the set Redhouse, or their songs, are worryingly tuneless and uninspired for a band that has just been rejuvenated by new blood But you can't ignore their capabilities in a song like "One More Squeeze", full of quick mood changes, and graced with a simple and enjoyable guitar interlude which the audience respond to by raising their chatter level several decibels. 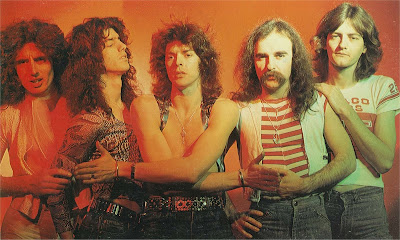 In the last half of the set things start to jell, and the band start to cook as they should. Dallimore's guitar solo is a fine ending, band and audience alike stopping to watch him smash, thrash and speed-king his way through it. Pure noise, ego and posturing, of course, but it sounds great just the same, and the way several girls sink to their knees on the dance floor and attempt to eat their own fingers proves its role as a crowd pleaser. Dallimore is obviously a better guitar player than first impressions would suggest. And with an amiable disposition, a good voice, pouting face, black curls, a great line in crunching, crotch-rock guitar riffs, and a gaggle of ridiculously young and horny girls following him everywhere, he's well in the running for my vote as the world's most enviable human being. Joey seems quieter than in Taste, playing sidekick to Dallimore's focal stage presence and obvious popularity. His main contribution, apart from a couple of reasonable songs, is a long, searing blues solo. Offstage, his delight in playing with Redhouse can be roughly gauged by a permanent grin that threatens to cave his head in. One thing that could really boost the adrenalin-o-meter in the Redhouse camp would be some kind of sub-Thin Lizzy twin guitar harmonising /sparring. Dallimore and Joey are on roughly the same footing technique-wise, but, at the moment, they're pretty much separate players — haven't quite got that cohesive guitar team work down yet. At the moment Redhouse are what you'd expect — playing better-than-most hard rock, playing it safe, displaying a certain amount of flash, definite female appeal, with promises of commercial potential. Which is why they'll always be bobbing back and in with a chance. A firm footing on the straight and narrow.
. 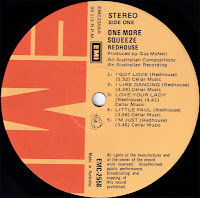 I'm pretty sure Redhouse played a gig at the Geelong show grounds sometime in 1976-77 while supporting Skyhooks (?) and almost stole the show, if I remember correctly.
The rip supplied here was taken from my 'near mint' vinyl in MP3 (320kps) and FLAC formats, and includes full album artwork. I have also included a rip of my copy of the B-Side single "Hot Feet" which was not included on the album; and the single "Thank You / Snapshot" which was released later in 1977 (sourced from Midoztouch with thanks). As an extra bonus, I've also included their 1973 single "O Luck Man / Movin' On", released when they were called the 'Redhouse Roll Band'.
Finally, I have provided a scan of the RAM article from which the above review was sourced.

If you are interested in hearing more of John Dallimore's music, see my earlier post.
.
Track Listing 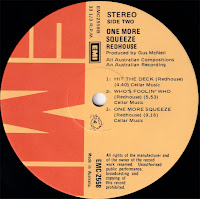