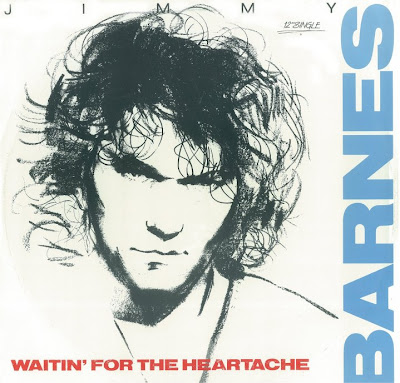 I have decided to post this Jimmy Barnes 12" single in the light of the recent re-release of the complete Cold Chisel catalogue. It only seems right that this blog should pay tribute to the voice that made Cold Chisel so famous.
Barnes recorded seven albums with Cold Chisel between 1978 and 1983, including two live albums (the second of which, Barking Spiders Live 1983, was released in 1984), and he is arguably now Australia's highest-profile rock singer. Barnes launched his solo career less than a month after Cold Chisel's Last Stand tour came to an end. Early in his solo career, Barnes was determined to break into the US market and signed to Geffen Records for release there, where he released his first solo venture 'Bodyswerve', closely followed by his 'For the Working Class Man' album.
'Freight Train Heart' was Jimmy's third solo album, released in late 1987 in Australia by Mushroom Records and in early 1988 in the US by Geffen. It spent five weeks at the top of the Australian Album charts in Dec 1987-Jan 1988.
'Freight Train Heart' saw the fiery Scottish- 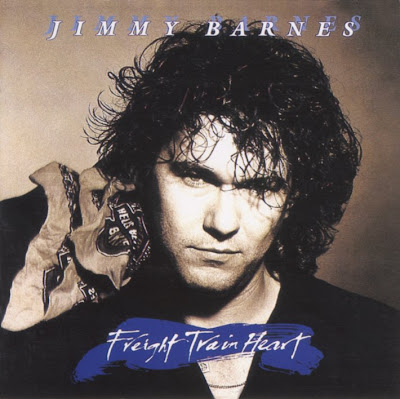 Australian belter very much repeating the formula of 1985’s 'For the Working Class Man', only this time, with significantly more polish. Like his previous effort, Barnes was backed by some of the very best musicians of the US' AOR scene, Freight Train Heart contains contributions by various members of Journey, Rainbow and REO Speedwagon.
Most of the tracks were written by Barnes and producer Jonathan Cain, however "Waitin' for the Heartache" was co-written by Barnes and Desmond Child. A pure AOR power ballad primed for US radio, "Waiting for the Heartache" was sappy and extremely melodic, although not without a distinct edge (no doubt provided by Barnes’ gritty vocals), and the song no doubt would have been a hit had it been recorded several years earlier by Foreigner or Journey.
"Seven Days" (the B-Side) was a Ron Wood track originally written for him by Bob Dylan. This was the last song recorded for the album, and featured INXS drummer Jon Farriss, bassist Chris Bailey and Rick Brewster from The Angels. Brewster, Johnny Diesel, Peter Kekell and The Angels' Jim Hilbun were all hired after Barnes returned with the uncompleted master tapes from the initial recording sessions at the Power Station in New York, where he had fought for creative control with both Cain and Geffen Records [extract from Jimmy Barnes Website]
. 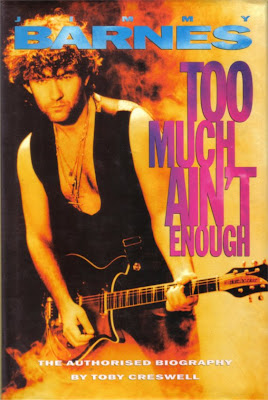 The following is an extract taken from a biography I read recently entitled "Too Much Ain't Enough' by Toby Creswell (1993). As the preface says: Behind Jimmy Barne's passionate voice is a man - and this is the story of his struggles, triumphs and wild times along the way..... A worthwhile read if you come across this book, I might add.
.
Freight Train Heart was scheduled for a Christmas 1987 release. Although Jim could still hear the shortcomings of Cain's initial recordings, he was proud of the end result. The first single released from the album, "Too Much Ain't Enough Love", had been a sore point with Geffen records. Even without the presence of Robert Cray, the song soared easily into the No. 1 spot over the Christmas period.
This had been one of the most challenging albums he had ever made and Jimmy intended to launch the record with the same gusto that he had always applied in the past. Naturally, he hit the road on what was called the Drivin' Wheels tour. Beginning in Launceston on November 28, it would be his largest run ever, with a gross of over $3 million. Once again Jimmy experimented with his band. For the lead guitar spot, Jimmy chose Diesel, the young Perth hot shot he had used on the Sydney sessions for Freight Train Heart
Johnny Diesel was actually the stage name for American-born Mark Lizotte, the son of a saxophonist and clearly a musical prodigy. He acquired the nickname as a consequence of his role as frontman for Johnny Diesel and the Injectors. The quartet - Diesel, plus bass player Johnny Dalziel, drummer Yak Sherritt and sax player Bill Bremmer - had come to the attention of Angels drummer Brett Eccles. who encouraged the group to move east. When Jane scouted the band for Jimmy months previously, she knew that they would make a good combination. 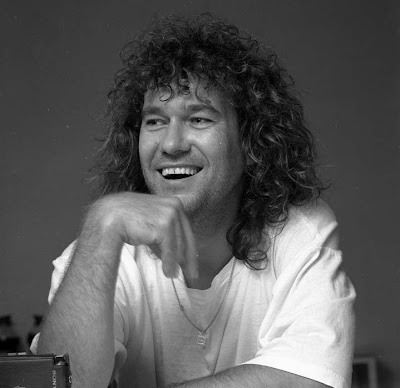 Diesel didn't want to break up his own band, but the prospect of going on the road with Barnes was too good to miss, so the Injectors were hired as the support act. Diesel then played a second set as a part of the Barnes band.
Diesel, an expatriate from Massachusetts, was ideal for this hybrid outfit. English-born, LA-based drummer Tony Brock had a Scottish wit which assured him of a spot. Brock was an adept feel player who was also well versed in using electronic percussion, computers and drum machines. American guitarist Dave Amato had been playing with Jimmy on and off for some years, as had pianist Peter Kekel. On bass was his old pal from the Angels, Chris Bailey.
Jimmy was becoming increasingly confident as a performer. After the difficulties and frustration of the studio, Jimmy was glad to be back on stage, where he was in total control. His bands were finally starting to gel with the sound he was hearing in his head. Jimmy was now an established star arid the insecurities of three years previous had disappeared.
The Barnes show now rocked harder than ever. He had perfected the dual-guitar sound that lent itself to relentless hard rock The sound was more in spirit with his early days as a Free fanatic than the rock 'n' rolling Cold Chisel. The polish that had been applied to these songs in the studio was stripped off in favour of a more elemental passion.
The shifting personnel of the band meant that Barnes could no longer 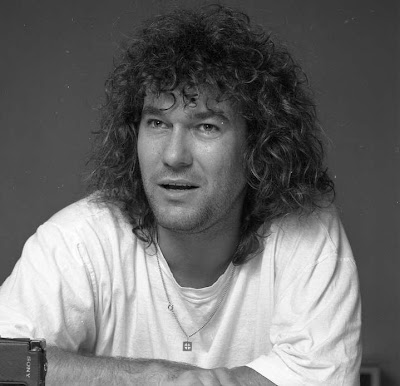 draw on improvisation to give his shows an edge, so he adopted a different tack From now on. his bands would be tighter, but they would also be louder and harder than anyone else around. Once he reached a point where he knew he could rely on the band behind him, he became more relaxed on stage. Where once a smile might have cracked Barnes's lips at the end of a song, indicating his surprise that the band had made it to the coda intact, now he regularly smiled on stage, out of the simple joy of playing music.
Once upon a time, Jimmy Barnes had covered his face with his hands or turned his back on the audience or drunk himself blind. Now, Barnes's on-stage body language had an entirely different message. He stopped hunching over and began to use the entire stage, conducting the band and relating directly to the audience. He wasn't about to hire a choreographer and start dancing like Michael Jackson, but he looked fit and in charge.
In the aftermath of Freight Train Heart Barnes toured Australia extensively through 1988. (pp 212-214) 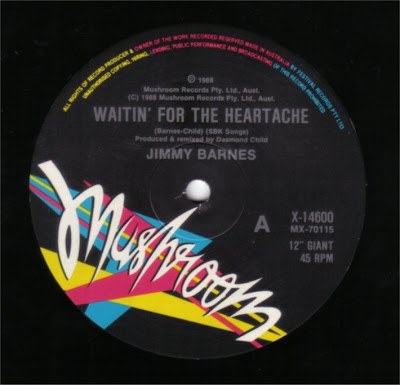