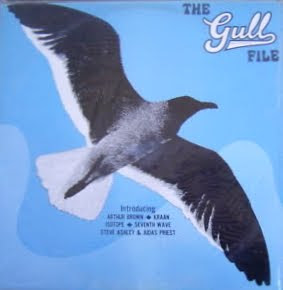 Gull records was started in 1974 by Derek Everett, Monty Babson and David Howells. The Gull label was a U.K. record label, the 400 series was distributed by Motown in the United States. The Gull label is white with a blue top with black printing, "Gull" in script above the center hole, pictures of Gulls flying in the background. This record sampler was something that I picked up in a 'bargain bin' at Brash Suttons in Geelong during the 70's, with little knowledge of the bands being featured, except for Arthur Brown.
The cover wasn't really something that grabbed ones attention, but looks can be deceiving I must say! How good was Kraan and Seventh Wave - playing bizarre progressive jazz / rock that literally blew me away. Isotope weren't too far off the mark either and Arthur Brown's offering was very different to his earlier material, in particular Kindom Come. Believe it or not, but I had not heard Judas Priest until coming across this sampler, so what a surprise it was to discover a new heavy rock band, which I have followed religiously ever since.
Finally, Steve Ashley's folk rock offering gives this sampler a variety kick which is both refreshing and interesting.
So, in the end, the $1.99 I paid for this album was a bargain indeed, and I am thankful for the insights it gave me to so many wonderful artists, some which I still follow to this day.
The following is a transcript of the linear notes supplied on the back cover of this sampler, which promo's each of the bands featured - and for some, introducing their debut albums.
. 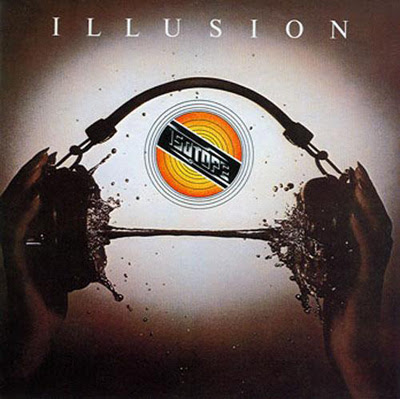 ISOTOPE (Selftitled & Illusion)
Past reputation alone indicates that Isotope, with its fine musicians is a band to be listened to with great respect. Now with their first album "Isotope"behind them-the addition of new members, Hugh Hopper on Bass and Laurence Scott on Keyboards, plus scooping the recent 74 Melody Maker Poll with the album "Isotope" voted 4th LP. of the year, Gary Boyle voted No. 1 New Star, No. 3 British Guitarist and No. 6 World Guitarist, and the band voted 4th in the small group category, Isotope are about to spread their reputation a lot further with the release of their second album for Gull Records "Illusion" which, if the band's recognition is not enough, has won an award for its cover!
. 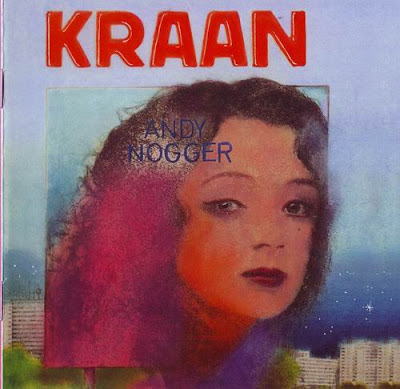 KRAAN (Andy Nogger)
The Musicians in Kraan have known each other personally and musically for many years, consequently their preferred way of making music is, understandably, holding a Jam session. After a brief relaxed warm-up the concentrated work begins. Each member carries the stated idea along and then it is worked out collectively. There is plenty of room for free wheeling improvisations, and it is partly due to these that Kraan has the reputation of being one of the finest live bands in Europe. Terrifically compact, exact and played in perfectly tight-knit fashion, these improvisations are one of the high points of their brand new album on Gull Records entitled "Andy Nogger" of which Billboard said "New group lifts off with a vocalist who sounds alternatively like Jack Bruce and Jimi Hendrix and a fine set of instrumental".
. 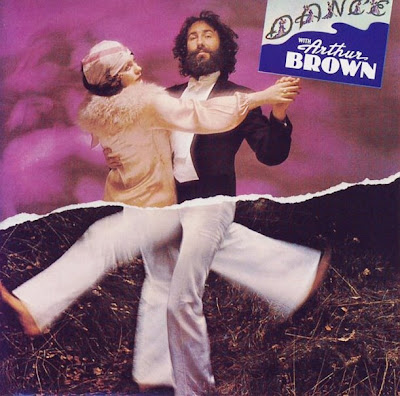 ARTHUR BROWN (Dance)
Prepare yourself for one of the treats of 1975. A new L.P. on Gull by ace showman Arthur Brown entitled "Dance". Arranged by long time associate and friend, guitarist Andy Dalby. The repertoire on this album ranges from an outstanding new version of the Animals "We've Gotta Get Out Of This Place" through what must become an Arthur Brown classic, the Andy Dalby/Les Adey composition "Helen With The Sun" to the Reggae song "Soul Garden". All forming a perfect showcase for Arthur's outstanding voice. Check out the Mick Jagger/Keith Richard rocker "Out Of Time". Throughout all these is the superb guitar work of Andy Dalby and the extra-ordinary drumming of Charlie Charles plus appearances by Keith Tippet, Pete Solley, Ken Elliott and George Kahn. This isn't called "Dance" for nothing, because here's Arthur back doing what he's best at - Dance Music... and every track works beautifully.
. 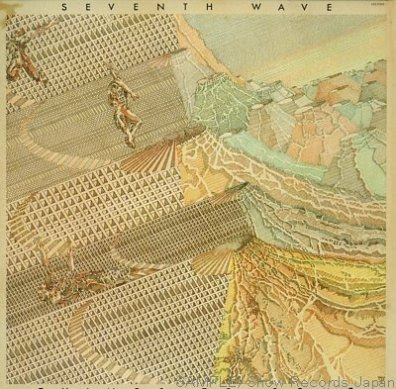 SEVENTH WAVE (Things To Come)
The childhood dream of Ken Elliott. At the tender age of twenty four Ken has seen hit way through an eventful childhood - taught himself to play keyboards, formed a succession of rock bands, built his own recording studio, written the music for numerous films, T.V programmes and commercials, played synthesizer in countless others, ("Colditz Story", "Assassin", "Death Line", etc.) and at last formed his dream band -Wave. "Things To Come" - the band's debut album for Gull took 18 months and i less overdubs to complete and features a multitude of instruments including Arp, & Ems synthesizers, mellotron, glockenspiel, chimes, pianos, a variety of drums, i and tubular bells. The effects achieved are amazing and the album should definitely establish the group as one of the foremost synthesizer bands around.
. 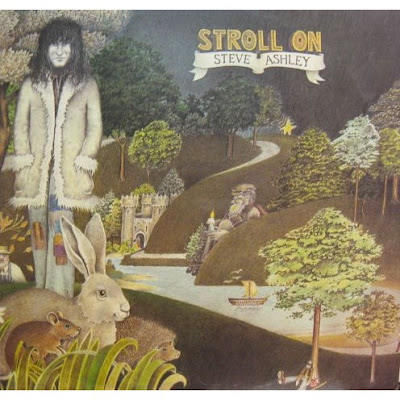 STEVE ASHLEY (Stroll On)
A lot has been said about Steve Ashley and a lot has still to be said. His styles have been compared to those of Richard Thompson and Bert Jansch and his album "Stroll On" has received only excellent reviews such as "One of the finest singer - songwriters in Britain" . . . 'The most sensational record since folk became contemporary" ... "A terrific feeling of raw excitement and energy". .'.'It is destined to become a classic". Steve's career has found him in many bands,the most notable of which was the much famed "Albion Country Band" and when he decided to start a solo career for himself he called on his old friends to help him fulfill his ideas. There is much to be said about "Stroll On" but space not permitting, it is best left to those few reviews.
Steve Ashley is going to be a very significant international influence. He is one of the few British songwriters who has succeeded in carrying on the essence of what the tradition stands for in a contemporary context.
. 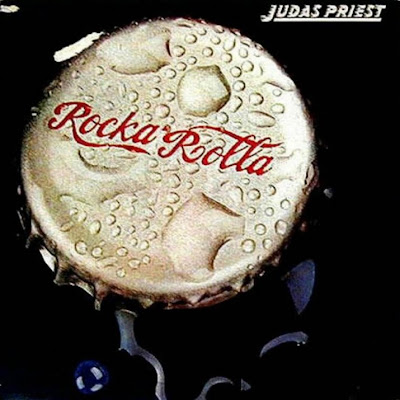 JUDAS PRIEST (Rocka Rolla)
In just one year Judas Priest have carved a very sizeable niche in today's local scene and have emerged as one of the most impressive and promising bands in Europe. Their music encompasses light and shade, climax and emotion, which is delivered explosively on stage and on vinyl. Their first album on Gull Records "Rocka Rolla" is already being hailed as one of the best heavy albums of this year. It was produced by Rodger Bain whose work with local contemporaries, Black Sabbath and Budgie has been widely acclaimed. Bain has managed admirably in transferring the Judas Priest sound from recording studio to record.
Priest with its two lead guitarists have the potential to lead music back to good, hard honest rock... there is no way at all that they can fail.
.

.
The post consists of a rip taken from my pristine vinyl at 320kps and includes album artwork and label scans. I have also included the covers for the albums featured on this sampler plus some select photos of the bands / artists.
If you will excuse the pun, this album is 'impeckable' ! 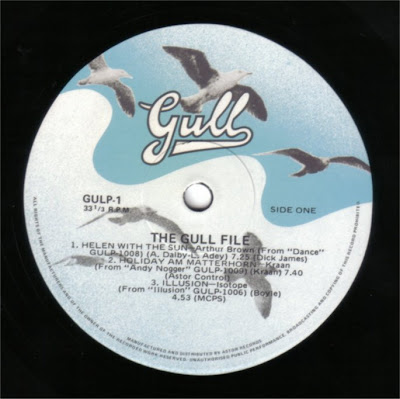