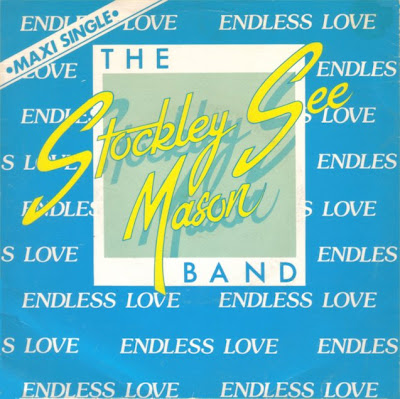 Formed in 1978, Stockley See and Mason were an evolutionary band coming from the remnants of popular Australian bands 'Ariel', 'Country Radio' and 'The Dingoes'.
They were renowned for their wonderful dueling guitar work and harmonies, with all three key band members contributing to vocals. They were supported by Jeff Rosenberg (bass) and Dave Stewart (drums).
Although they were a highly talented band with seasoned song writing skills, they only produced one album (Beg Steal or Borrow) and one Maxi single (as posted here). Sadly they called it quits in 1980.
.
Band Member Bio's:
.
Sam See
Sam See is a musician of international standing, well known and respected in Australia, the United States and Canada. Sam was a founding member of seminal Australian bands Sherbet and Flying Circus and then toured England and Germany with Bon Scott's acclaimed band 'Fraternity'. 'I spent much of the the seventies in the US 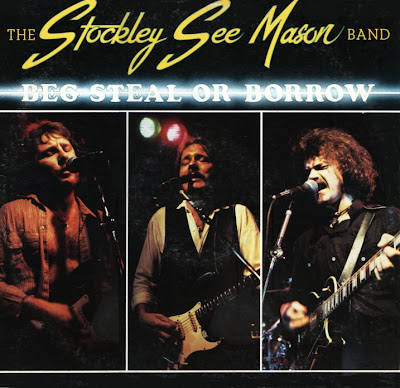 and Canada with Canadian prog rock orchestra, Lighthouse and carved out a career as a session musician and in film score production.'
Sam came home on tour with Greg Quill's Country Radio in 1978 and decided to stay, forming the legendary Stockley See and Mason and releasing an eponymous live album.
'I became John Farnham's musical director in 1981 and then went on to record with a wide variety of artists including, the Black Sorrows, Goanna, Daryl Braithwaite, Tina Arena, Brian Cadd, Swanee, Broderick Smith etc. 'I also produced records for Rose Bygrave, Tina Arena, No Nonsense, Separate Tables, Colleen Hewitt, Rhonda Burchmore and others. 'I then wrote 'Reasons', the fourth hit single from John Farnham's 'Whispering Jack' album. 'In addition, I produced tracks for people like Olivia Newton-John, Vanetta Fields, Marina Prior and Marcia Hines.
'I was the musical director for a number of events such as the AFL Grand Final, the Last Great Sixties Show and then, 'Tonight Live' hosted by Steve Vizard. 'I was asked to assemble the rocking-est band on TV and that's what 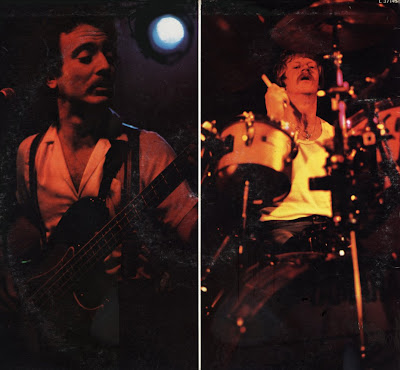 I did, accompanying a wide range of artists including Tom Jones, John Farnham, and one of my all-time heroes Steve Morse,' said Sam.
Sam is still producing great music, for example he just completed the score for the National Geographic/ABC documentary series 'Croc Country' and can be seen rocking out with Melbourne blues outfit 'The Hornets.
Sam is currently working with Glyn Mason under the name of 'The Pardoners' [extract from the Soundvault]
Glyn Mason
Glyn Mason first played rhythm guitar and sang in the New Zealan band Jigsaw for one year before moving onto to replace Larry Morris as lead singer of the Rebels. With Mason as their new lead vocalist, the Rebels recorded a song called "My Son John". The single raced all the way to number one on the National NZ Charts. The flip-side was a good thumping rocker called "Passing You By". Both tracks appeared on Madrigal, the Rebels album which came out instead of the long promised second Larry's Rebels album. By the time the album was released, the Rebels were resident in Melbourne and had been signed to do a one-off single over there. When it sunk without a trace in New Zealand as well as Australia there didn't seem much point carrying on and by January 1970, they were no longer. 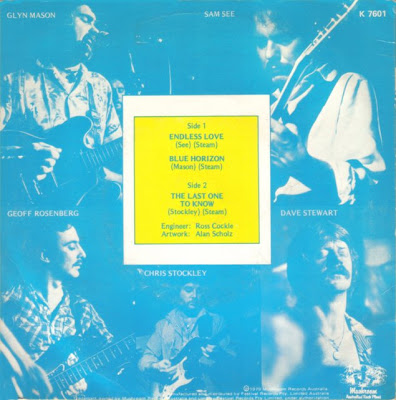 Mason then went on to join Chain, Home, Copperwine, and then Ariel.
Ariel returned to Australia in January 1975 and the same month they added New Zealand-born Glyn Mason on guitar and vocals as fifth member. Glyn's previous credits included Chain, Copperwine and even a stint with Thunderclap Newman. His powerful, soulful voice was a great addition to the band, and the three guitar lineup packed a real punch, but unfortunately this terrific lineup was woefully under-recorded. Happily though, a high-quality live recording of this lineup has recently come to light, and it's a priceless historical document for several reasons. Made at the Station Hotel, Prahran on 11 November, 1975 -- the night of the dismissal of the Whitlam government -- the tape includes a live rendition of a suite of songs from The Jellabad Mutant, and it showcases what a polished and dynamic live outfit Ariel Mk III really was.
After playing in Ariel, Glyn Mason worked solo for some time, then in 1978 he formed Loose String Band followed by Stockley, See & Mason, with veteran players Chris Stockley (ex-Dingoes) and Sam See (ex-Sherbet, Flying Circus, Greg Quill's Southern Cross), and they recorded one fine album for Mushroom. 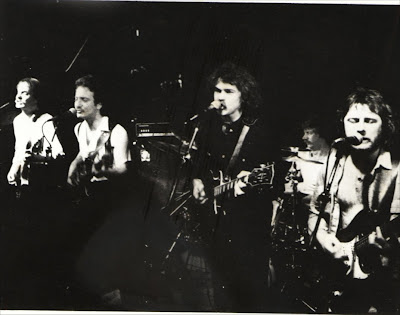 Chris Stockley
Chris Stockley first played for a band called Cam-Pact but was quickly recruited for a group being formed by Brian Cadd and Don Mudie - Axiom. Formed in Melbourne in 1969, Axiom were arguably Australia's first true supergroup. Yet, in spite of a wealth of talent and promise, some notable chart successes and two superb Albums of original material, they failed to achieve lasting popularity, due in part to waning public support in Australia as they vainly tried to crack the fickle English market, and the band fizzled out after less than two years. Axiom signed to Ron Tudor's Fable Records. Their first single "Arkansas Grass" (co-written by Cadd and Mudie) was an immediate hit, reaching #7 in December 1969.
When Axiom folded after a three years, Chris Stockley joined the Dingoes in April 1973, comprising Kerryn Tolhurst, John Strangio, John Lee (ex-Blackfeather), and fronting the band, the powerful voice of lead singer Broderick Smith. Strangio left in July and was replaced by John Bois, who had played with Tolhurst in Country Radio. They were one of the early signings to the fledgling Mushroom label. Their deb 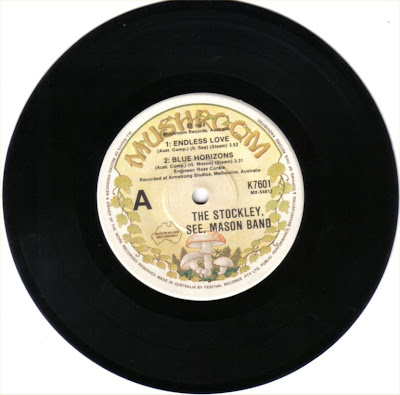 ut single "Way Out West was" written by Tolhurst (although the first two Albums credit it to the group as a whole). Released in October 1973, it became the band's signature tune and one of the classic Australian singles of the 70s. Just a week before the single was released Chris Stockley received a serious gunshot wound during an incident at a party in Melbourne, which resulted in a 2 month stay in hospital. For many years the incident was written up as 'accidental shooting' but according to Ian McFarlane's "Encyclopedia, the real story was that Stockley had been shot by the notorious Melbourne drug dealer Dennis Allen who had been trying to gatecrash the party. Given Allen's fearsome reputation, Chris can count himself lucky to be alive. While he recuperated he was replaced by keyboard player Mal Logan (ex Healing Force, Carson) and he stayed with the group until the end of 1974.
Geoff Rosenberg (Bass): had played for several years off and on with Blackfeather before joining Stockely See Mason, then went on to play with Eurogliders throughout the 80's.
Dave Stewart (Drums): had spent 3 years prior to Stockely See Mason with Daniel, then played on with Goanna, Glyn's Tour De Force, Brian Cadd and Max Merritt.
. 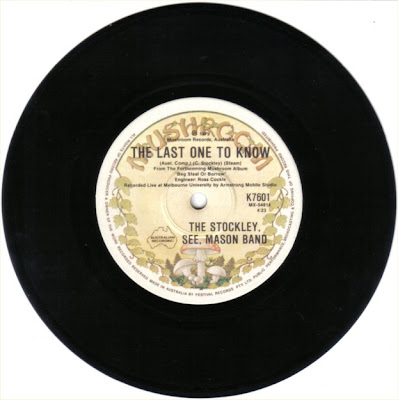