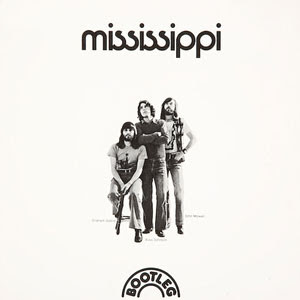 Mississippi was an Australian band (1972-1975), which featured some big names in Australian rock music, Graeham Goble, Beeb Birtles and Kerryn Tolhurst. The band started as Alison Gros in Adelaide, South Australia in 1970 and moved to Melbourne in 1971 where they recorded as Allison Gros, Drummond and in 1972 became Mississippi; this band eventually evolved into Little River Band (LRB) by 1975.
Allison Gros recorded one independent single ("Naturally" / "Would You Really Have To Go?") on the Gamba label in 1970. The band then moved to Melbourne and signed to Ron Tudor's Fable Records, for whom they cut two more singles in 1971, "If I Ask You" / "So Good" (July) and "All The Days" / "Weaver Of Life" (December). Their next recordings for Fable is a genuine oddity of Australian rock. Under the pseudonym Drummond, the members of Alison Gros cut a novelty 'chipmunk' versions of the '50s rock'n'roll classic "Daddy Cool", which was released in July '71. 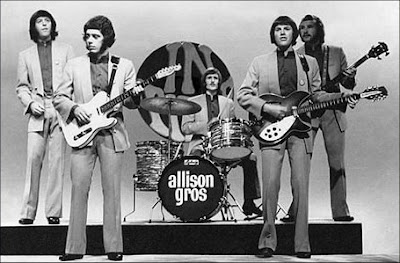 In early 1972, Allison Gros changed their name to Mississippi. They recorded their excellent self-titled debut LP with the addition of session players Peter Jones (piano), Geoff Cox (drums), Barry Sullivan (bass, ex-Chain) and Graham Lyall (flute). It was released in September that year on Fable's new Bootleg imprint, a subsidiary label recently set by Tudor and musician Brian Cadd. The Mississippi album showcased the band's considerable vocal abilities and Goble and Johnson's strong writing skills. The material and the tight harmonizing showed the influence of groups like The Hollies, The Bee Gees, Crosby and Stills, Nash & Young. Their debut single "Kings of the World" (released in July) became a Top 10 hit in October. 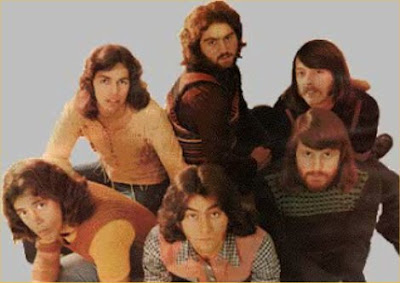 In December '72 they issued a second single, "Mr Moondog" / "All Through The Day". One of the group's important early appearances was their set at the 1973 Sunbury Rock Festival in January, where they were backed by a full orchestra. Their next single, "Early Morning" / "Sweet World" was released in July '73, and in October they supported The Jackson Five on their Australian tour.
The band made their second appearance at Sunbury in January 1974. Sadly, they never got the opportunity to record another album but they were able to cut two more fine singles. Their penultimate single, "Early Morning" was co-written by Russ, Graeham and Beeb. 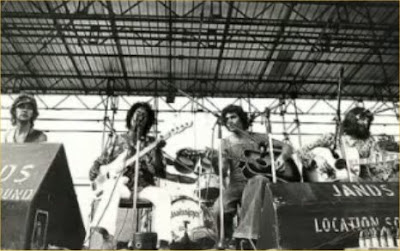 Their last single was a recording of a live favourite "Will I", a song Beeb had co-written with Daryl Cotton just after the demise of Zoot; its B-side, "Where In The World" was the very first collaboration between Beeb and Graeham. It was released in early 1974, and made the Top 40 in May 1974.
It is interesting to note the strong LRB sound emulating from this track, and it was definitively a precursor for better things to come from the talented writing partnership of "Goble and Birtles"
According to Birtles, the band was disappointed by the lack of support in Australia, and encouraged by interest in the album, which had been released overseas, they decided to try their luck elsewhere and left for a tour of the UK in April that year. [extract from Milesago]
.
Cameron Crowe (of the magazine Rolling Stone) writes how Mississippi eventually evolved into the Little River Band:
.
After a short stint at a talent agency, Birtles (formerly bassist with Zoot) joined Goble in a band called Mississippi, which had just released an LP in the U.S on the Fantasy label. “It was a good learning experience,” says Birtles, “but we made the classic mistake of going to England to tour. Britain has always been the place where Australian bands break up.”
True to form, Mississippi did just that. Broke and desperate in London, the band’s nucleus (Birtles, Goble and drummer Derek Pellicci) ran into Shorrock and his manager, Glenn Wheatley. Both 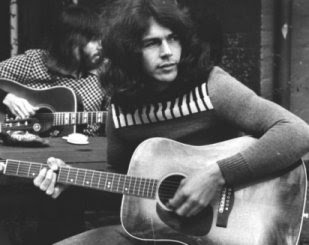 were nearing the end of the line with Axiom, a similarly fated “Australian supergroup.” Everyone commiserated and made plans to meet up in Australia in six months to join forces.
Half a year later, they were together again under the old banner of Mississippi. “But,” says Pellicci, “since we were criticized for being an Australian band with an American name, we changed it.” Little River, a town 30 miles outside of Melbourne that holds five houses and a hotel at the time, served their purpose, and the addition of bassist Rodger McLauchlan and guitarist Rick Formosa (later replaced by George McArdle and Briggs) completed the Little River Band [Courtesy of Rolling Stone #247 – Cameron Crowe – September 8, 1977]
.
This post contains a rip (FLACs) of Mississippi's one and only LP, taken from a re-released CD by EMI in 2001 (see pictured below - now out of print). It has a different cover from the original LP but according to Graeham Goble it appears to be mastered from the original tapes. I have supplied full album artwork from both LP (thanks to Midoztouch) and CD, and also included their three non-LP singles "Early Morning ", "Where In The World" and "Will I" as bonus tracks.
As an added bonus, I have also included a live rendition of their hit single "Kings Of The World", recorded at the Sunbury 73 concert.  All bonus tracks are MP3 only
Many of the photos displayed in this post were sourced from both Graeham Goble's Website and Beeb Birtles Website (with thanks). There are also some very interesting Video Performances of Allison Gros and Mississippi available at Goble's website.
Being a big fan of the Little River Band in the 70's (especially their first album), I was delighted to discover this early incarnation of LRB when curiosity got the better of me (or was it the cat !) and highly recommend you give it a listen.
.
Track Listing 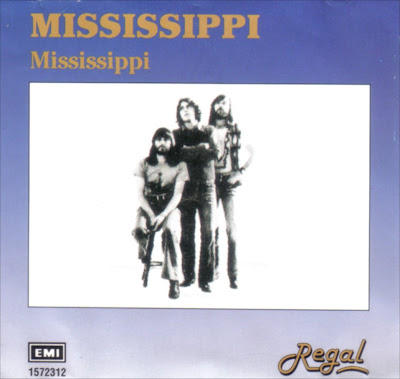