Before things get too serious at Rock On Vinyl, I thought it might be fun to post a song at the end of each month, that could be considered to be either Weird, Obscure, Crazy or just plain Korny. 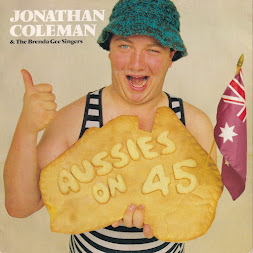 Sadly, Australian radio and television personality Jonathan "Jono" Coleman  lost his battle with prostrate cancer on the 9th July, 2021, at the age of 65.
This month's WOCK on Vinyl pays tribute to his outstanding career in radio, TV, theatre, film and music.  Australia has truly lost one of it's nicest and funniest 'iconic' personalities in the entertainment industry.

Coleman first burst onto TV screens in 1979 as part of the original line-up of Simon Townsend's Wonder World, a popular afternoon children's TV magazine show.  The following is an extract of an interview held between a reporter from ABC News and Mr. Townsend.

"I met Jono as I was setting up Wonder World in 1979. I liked him tremendously," Simon Townsend told the ABC.

"He was a very funny man. But he was non-stop manic. Did I really want [to hire] him? Luckily, I tested him on film doing silly vox pops and they were hilarious. "My name was on the show, but Jono was the star."

Two years later he started presenting radio show Off The Record with Ian "Dano" Rogerson. The show quickly gained cult status and 'Jono and Dano' were snapped up by Triple M in 1984 to present the nighttime show, which they took to number 1.

Coleman was a high-profile radio presenter in England for 16 years and worked for BBC London, Sir Richard Branson's Virgin Radio and Heart 106.2. After returning to Australia, he partnered with presenter Julia Zemiro to present The Jonathan Coleman Experience on WSFM. 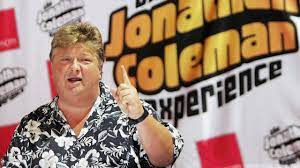 His TV credits include the Late Night with Jono and Dano show, Hey, Hey It's Saturday, Have a Go, as well as London correspondent for Channel 7's Sunrise.

According to Dano Rogerson, he was a very caring and thoughtful man who did a lot of things for the community including Radio for the Print Handicapped, the School for the Deaf and Blind, the Schizophrenia Research Institute, Carers’ Australia and most recently the Mo'vember Foundation. 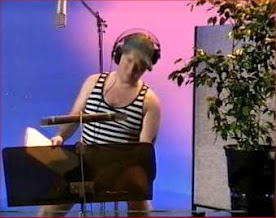 Jono was a real all rounder and even dabbled in the music industry, first teaming up with Ricky May in 1983 recording the single “Built For Comfort (I Ain’t Built For Speed)", and later on accompanied by The Brenda Gee Singers, he released the single "Aussies On 45" on the WEA label in 1981. His ‘Aussies on 45’ reached no 66 on the Australian Charts.

Jonathan Coleman was also the voice of the popular Australian 70s and 80s music radio program "My Generation", heard on the Australian Radio Network.

In 2015, Jono was awarded an OAM for his services to the broadcast media industry and to the community.   There is no doubt that Jonathan Colemen will be remembered as one of Australian Showbiz's nicest people. He is survived by wife Margot and children Oscar and Emily.  RIP 'Jono'

So, this months WOCK on vinyl tribute still ticks boxes, but the C gets a double shot with Crazy and Coleman, but definitely in a nice way.  As usual, the vinyl has been ripped to FLAC and includes full artwork and label scans. Although Jono was not a 'rock star', his renditions of these popular Australian anthems are enjoyable and easy listening.  Hope you agree. 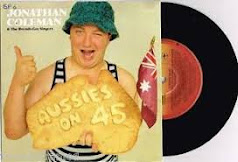