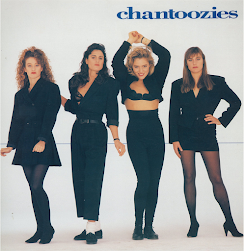 Somethings are just meant to be – and it was certainly that way for the Chantoozies. The dynamic female pop vocal group dominated the 1980's with their party anthems, adored by audiences for their vibrant live shows and their four female strong lead vocal line-up. Led by Eve von Bibra, Angie La Bozzetta, Tottie Goldsmith and Ally Fowler on vocals – with Brett Goldsmith (bass), David Reyne (drums), Frank McCoy (guitar) and Scott Griffiths (keys) – they played to packed houses, sold-out national tours and joined international headliners on the road, all while keeping true to their ethos of putting on a great party.
It was a party in fact, that was the catalyst for The Chantoozies coming together in the first place. It was Tottie’s birthday in 1986 and for a bit of fun, the friends decided to get a group together to play at reputed nightclub the Underground for the party. Little did they know the chain of events they would set in action. The ‘one-off’ gig spurned a six-week Thursday night residency that packed the house every week – and a flood of offers to play at other iconic venues around Melbourne. 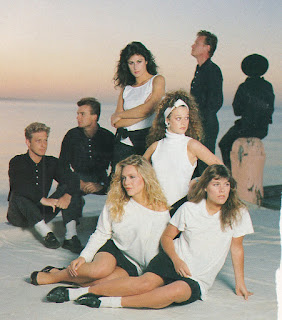 The industry had already started to sit up and take notice of The Chantoozies – who named themselves after the French word chanteuse. There was something different about this group. Not only in their effortless ability to kick off the party – and keep it going – but also in the strong female lead singers and the musicians whose repertoire had music fans, and venues, wanting more. So, Mushroom Records backed the group to release their first single – a cover of the 1970's Redbone song Witch Queen of New Orleans.

The Chantoozies version of "Witch Queen" released in 1987 changed everything. Australian music fans suddenly found out what the local Melbourne music scene already knew, this group was something really special. The single smashed into the charts, reaching #4 and the video clip, directed by Peter Faiman (of Crocodile Dundee fame) made The Chantoozies a household name overnight and turned the group who ‘got together for a bit of fun’ into a solid recording act.

They were invited to perform on Countdown and the momentum just keep rolling. The Chantoozies second single, a version of "He’s Gonna Step On You Again", went further to demonstrate their versatility as a group, sitting in the Top 20. They also headed into the studio to record their debut offering – the self-titled 'The Chantoozies' – released in 1988, and their first original single "Wanna Be Up".

Penned by Eve von Bibra and Brett Goldsmith, "Wanna Be Up" was the epitome of The Chantoozie’s sound. It embodied what their live shows were like, and it was embraced by music fans everywhere. It smashed into #5 and kept up a constant resurgence in and out of the Top 5. Their debut album went gold and platinum and held its position in the Top 10. The final single from the album, "Kiss 'n' Tell", also hit the Top 20, cementing The Chantoozies as one of the favourite groups of the decade.

Keeping up their party spirit, The Chantoozies were solidly touring everywhere. There were few venues on the East Coast they hadn’t played to packed houses, they did a host of crazy private and corporate events and a memorable New Year’s Eve performance in 1988 on the Tall Ships in Melbourne. They were regulars on TV shows such as Hey Its Saturday, Tonight Live and Countdown. [Extract from Chantoozies Website]
This post features freshly ripped FLACs from my pristine vinyl (so clean I had to wear my sunnies to kill the glare - LOL) and three 45's that I picked up awhile back (all with non-album B-Sides released in 1988).
Of course full album artwork and label scans are included along with cover scans of the three bonus 45's.
It is worth noting: James Reyne's great song 'Motor Too Fast' is here given a passable cover treatment (naturally with blander and less distinctive group vocals), but curiously has been retitled 'Slightest Notion' (a phrase that does, however, is sung in the chorus, though in the first line rather than the last...) 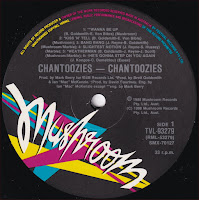 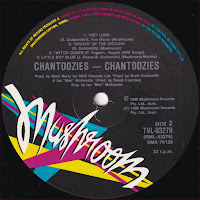