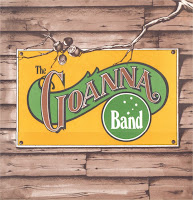 The Goanna Band was formed in the Victorian city of Geelong during 1977, surrounding the heart of the band Shane Howard. Howard was already an established singer/songwriter on the local folk-rock scene. The original line-up comprised Howard (vocals/guitar), Mike Biscan (guitar), Richard Griffiths (bass) and Rod Hoe (drums). Over their first couple of years the line-up changed numerous times, with Howard remaining the constant rock around which other members anchored themselves. A future key member Rose Bygrave (vocals/ keyboards) joined Howard during 1979, along with Warwick Harwood (lead guitar/vocals), Ian Morrison (vocals/harmonica), Carl Smith (bass) and Gary Crothall (drums), to establish the line-up of the Goanna Band which would record their first material in the studio. Country/blues singer Broderick Smith produced this rare 12" selftitled four track EP, which was released on the EMI subsidiary label Custom Press and recorded in York Street Studios, North Fitzroy, Melbourne. 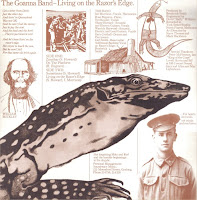 Goanna's début album Spirit of Place won the ARIA Best Album of the Year for 1982, with their first major hit, "Solid Rock", winning Best Single of the Year. This song touched on the displacement of aboriginal tribes by the encroaching European settlers. It became a worldwide hit, and was the first rock record to feature extensive use of an Australian didgeridoo. Goanna also recorded "Let the Franklin Flow", a song about the ecological damage to be caused by damming Tasmania's Franklin River for hydroelectricity, and "Sorry", a song about Australia's "stolen generation" of aborigines.
The Goanna Band E.P consists of four tracks, with the track "Sometimes" having never being released on CD. The remaining three tracks are very different versions to those re-released in later years, with a much rawer sound lacking the production finess found on both Spirit Of Place and Oceania. I think I read somewhere that there were only 1,000 copies pressed, as Goanna was still very much an unknown 'Geelong - Surf Coast' band at the time.
This rip was taken from a vinyl pressing in FLAC and includes full album artwork and label scans. Thanks to Greg Noakes for the publicity shot of Goanna below. 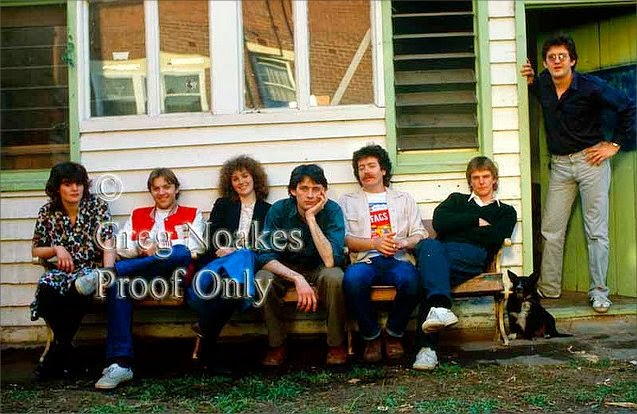 Track Listing
1. Zanzibar
2. On The Platform
3. Sometimes
4. Living On The Razor's Edge*