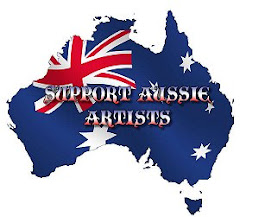 On Australia Day we come together as a nation to celebrate what's great about Australia and being Australian. It's the day to reflect on what we have achieved and what we can be proud of in our great nation. It's the day for us to re-commit to making Australia an even better place for the future. Australia Day, 26 January, is the anniversary of the arrival of the First Fleet of 11 convict ships from Great Britain, and the raising of the Union Jack at Sydney Cove by its commander Captain Arthur Phillip, in 1788.With respect to Australia's Music Industry, we can be very proud of the contributions that our Aussie Musos have made in entertaining people from every nation with music and song, with many of our artists achieving world wide acclaim. Therefore, I would like to celebrate Australia Day by posting this double 'instrumental' single by two of our country's most respected musicians from the 70 / 80's, namely Richard Clapton and Kevin Borich. 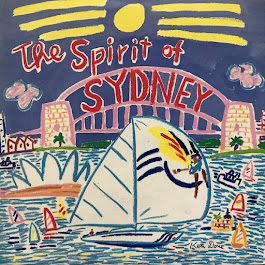 I suspect this 'promo single' was released specifically for either the 1986 Sydney to Hobart yacht race and/or the Australia Day celebrations. The single features Richard Clapton's A-Side instrumental entitled "Spirit Of Sydney" and Kevin Borich's rendition of "Advance Australia Fair" on guitar as the B-Side.
I particularly enjoy Borich's powerful interpretation of the Australian National Anthem which I suspect was inspired by Jim Hendrix's 'Star Spangled Banner' played at the Woodstock Festival (minus the machine gun interludes)

I hope you enjoy these two tracks and wish all Aussie's a fantastic and safe Australia Day !

Ripped from vinyl to MP3 (320kps), this post also consists of artwork and label scans from the single release.

The Spirit Of Sydney (13Mb)