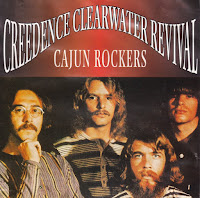 These members played together since 1959, first as The Blue Velvets, then as The Golliwogs. Their musical style encompassed the roots rock, swamp rock, and blues rock genres. They played in a Southern rock style, despite their San Francisco Bay Area origin, with lyrics about bayous, catfish, the Mississippi River, and other popular elements of Southern United States iconography, as well as political and socially conscious lyrics about topics including the Vietnam War. The band performed at the 1969 Woodstock Festival in Upstate New York. 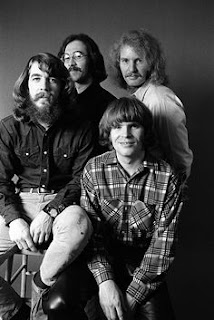 The group disbanded acrimoniously in late 1972 after four years of chart-topping success. Tom Fogerty had officially left the previous year, and his brother John was at odds with the remaining members over matters of business and artistic control, all of which resulted in subsequent lawsuits among the former bandmates. Fogerty's ongoing disagreements with Fantasy Records owner Saul Zaentz created further protracted court battles, and John Fogerty refused to perform with the two other surviving members at CCR's 1993 induction into the Rock and Roll Hall of Fame.
The Concert
Originally released as "The Royal Albert Hall Concert", it was later discovered that it was actually a performance given at the Oakland Coliseum in California on 31st January, 1970. Subsequent releases of this concert simply titled "The Concert". 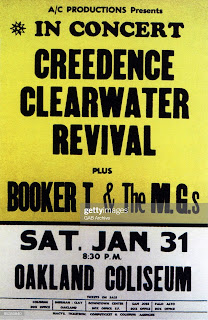 The preparations began weeks before the C-Day. The underground rock radio station of the Bay Area KSAN-FM promised to record the concert in stereo and broadcast it live. The boss of the station Tom Donahue also announced the band to stage. Robert Abel's National General Televison crew was called to film the show. Furthermore, Creedence Clearwater invited Booker T. and the MGs to kick off the evening and join a jam session at the Factory on previous night.

The Oakland concert presented the band at their peak. Everything worked fine: vocals, guitar, rhythm guitar, bass, drums. John Fogerty provided killer vocals. Fogerty brothers with John on vocals, lead guitar and harmonica and Tom with rhythm guitar also shined in the closing jam "Keep on Chooglin'". The effortless version of "Bad Moon Rising" was one of the finest hours of drummer Doug Clifford. Stu Cook provided reliable bass lines all the way, particularly in "Commotion." All numbers were well rehearsed at the Factory. They were almost as great or sometimes even a bit better than the original studio versions. The foursome formed a positively primitive mix that was and is still greater than the sum of its parts.

Everybody in the crowd wasn't completely happy with their experience. Some people who saw the concert on spot back then have recalled they heard the band twice: once from the stage and once echoing from the back wall of Oakland Arena. 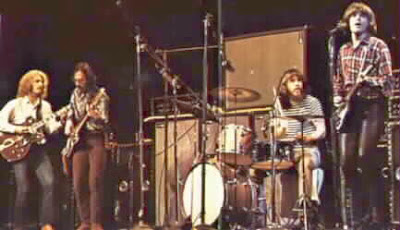 On the set list, the band blasted their way through most of their hits this far. They delivered both sides of their latest single cuts: "Green River," "Commotion," "Down on the Corner," and "Fortunate Son." The crowd was also privileged to hear the new 45 rpm "Travelin' Band" backed with "Who'll Stop the Rain" which was released on the same day. It's possible that the world premiere of the live versions of both cuts took place at Oakland Arena. The concert was also one of the few occasions the ticket owners heard "Don't Look Now" live. 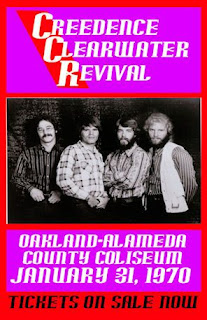 "Lodi" was missing in the set list. It was dropped from the band's repertoire in summer 1969 and remained absent until the summer of 1971 when it was reincarnated by the CCR trio.

The live versions were very true to the original studio cuts. The few occasions the band stretched out a bit were the blistering "Keep on Chooglin´" and "Green River" which featured an extended guitar solo by John.

The Oakland show provides the one and only documented set list of the band's concerts from the period that started from the release of Willy & the Poor Boys in fall 1969 and ended up to their first Euro tour in April 1970.

The 56-minute film of the concert and documentary featured "Travelin' Band," "Born on the Bayou," "Tombstone Shadow," "Bad Moon Rising," "Time Is Tight" (by Booker T. and the MGs), "Proud Mary," "Don't Look Now," "Fortunate Son," "Commotion," and "Keep On Chooglin'." It was first exposed in Berkeley cinemas during the band press party at the Factory in December 1970.

Due to lack of sponsors the premiere for the large audience delayed seriously. Legal problems also emerged on the eve of screening. National General was sold to Freeways which wanted to show the movie but the band wasn't thrilled anymore in summer 1971. A certain clause in the agreement allowed a limited number of showings. After that, the master was supposed to be destroyed. It seems it didn't happen. 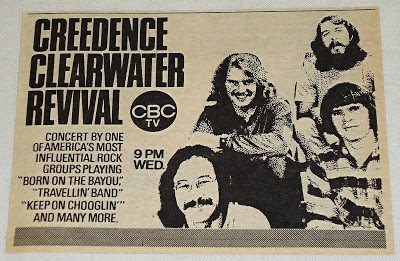 In Concert went first on the air on WNEW-TV in New York on June 20, 1971. Reviews were positive. It was also screened on various European TV channels during the forthcoming months. The TV show is currently available on several poor-quality bootleg DVDs but the official, restored and remastered Deluxe laser disc is still waiting for legal release. 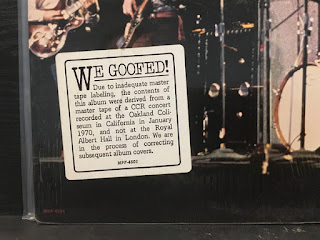 The audio of the concerts was available on several bootlegs in the 70's. It was officially released in autumn 1980. The Creedence Clearwater Revival live album was originally titled The Royal Albert Hall Concert.  Shortly after the set came out somebody discovered that the tapes were actually from the concert at the Oakland Arena. The LP was silently renamed 'The Concert'.
The general public doesn't usually rank The Concert album very high - mainly for the lack of variation from the studio versions. However, there's a small number of devoted fans who regard The Concert almost as the greatest live album of all-time. [extract from the electric bayou/concerts/1968-1972]
This post consists of  FLACs ripped from an Australian (AMCOS) budget release CD (probably from the 90's - no release dates given) and contains full album artwork, including the official vinyl release by Fantasy Records from 1980.
This show is probably the best quality CCR bootleg show available, and features CCR in their full glory. Just a great, classic show, including many of their all-time classic songs.
Tracklist 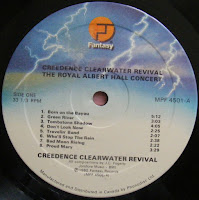 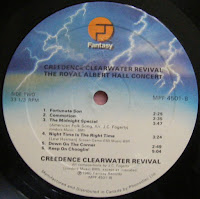