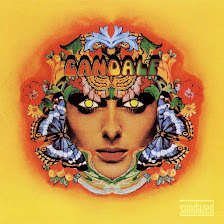 They signed a recording contract with Capitol Records in 1967. Producers Koppelman & Rubin were not happy with the band's name, and suggested that it should be changed to the Knockrockers.

However Peter Sando commented that they "hated that and bantered about various names". Despite being against the band's will, and losing local fan recognition, Davy suggested the name "Gandalf and The Wizards", which ended up sticking as "Gandalf".

They recorded their first and only LP the same year. The record includes covers of Tim Hardin, Eden Ahbez and Bonner & Gordon (the writers of "Happy Together") and two songs composed by the band's guitarist Peter Sando. But Capitol spurned them and only released the LP in 1969 with the wrong record inside the sleeve.

The copies were recalled and damaged the band's career. Capitol didn't promote the record which made the sales worse. Over the years the album's reputation grew and it was re-released by Sundazed records in 2002.

Album Reviews
Gandalf's self-titled album has some attractive baroque-psychedelia with a spacey air, though its quality depends very much on the standard of the material.

Generally they're better when they rely on the slightly weird and spacey production, such as on "Scarlet Ribbons" and their cover of Tim Hardin's "Hang on to a Dream". On tracks like "You Upset the Grace of Living" there's a nice balance of melody and quasi-classical keyboards on the cusp between pop, progressive rock and psychedelia. "Can You Travel in the Dark Alone," one of the few originals (by Peter Sando), is nice, harmonic sunshine pop with a slightly experimental feel, along the lines of some of the better things being done by Californian cult figures like Gary Usher and Curt Boettcher at the time [ by Richie Unterberger ]
Again, one of those bands that came up with a really good album just for disappearing from 'middle' earth right after. We all know those 60’s timeless classics that we have listened to so often that it doesn’t feel like something that came out in the 60’s, you know what I mean? But this is one of those albums that you listen to and makes you think “so this is what the 60’s sounded like”, a time capsule kind of album. This album is unequivocally psychedelic, it has everything: the crunchy guitars, the reverbed vocals, the feel-good LSD trip simulator. Although these songs are all covers, it doesn’t take the credit away from these guys who made it sound the way it sounds. I really love this album, it’s one of those jewels you come across by chance, a wonderful product of its era.
[ by Dante15994 ] 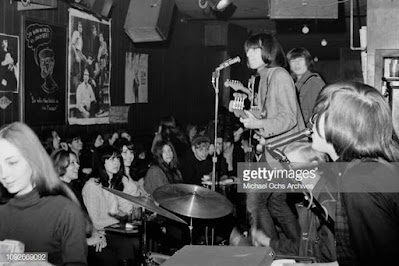 This post consists of FLACs ripped from the Sundazed CD release and includes full album artwork for both CD and Vinyl.  I love this album, not just for its wonderful 60's psychedelic sounds but also for their great cover of Tim Hardin's hit single "Hang On To A Dream".  And who could resist picking up this album from the record racks with its eye catching cover !
Track Listing