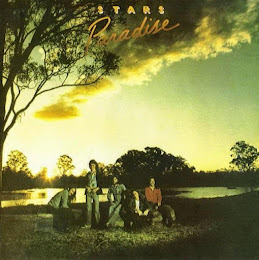 Adelaide band The Stars first came to prominence with Quick on the Draw produced by Beeb Birtles in 1976. Beeb along with rest of Little River Band were impressed with the Adelaide band and brought tapes back to Melbourne where they scored a contract with Mushroom records. The band sported a “cowboy” look wearing boots, checked shirts and cowboy hats. The band consisted of Mick Pealing (vocals), Mal Eastick (guitar), Glyn Dowding (drums) and Graham Thompson (bass).After the success of their first single they added Andy Durant as a second guitarist. In 1977, they toured with Joe Cocker and in 1978, The Beach Boys and Linda Ronstadt.

Although not a teen band in the mould of Sherbet or Hush, The Stars appeared regularly on Countdown and scored a top 30 hit with the Andy Durant song “Mighty Rock”. 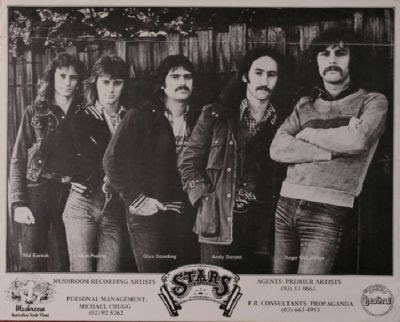 Andy Durant died on 6 May 1980 aged 25 from cancer. Later that year, Stars guitarist Mal Eastick organised the Andrew Durant memorial concert in Melbourne. The concert featured Stars, Jimmy Barnes, Rene Geyer, Richard Clapton and many more. The profits from the concert and sale of the double album went to The Andrew Durant Cancer Research Centre.
The band eventually disbanded in 1980, in respect to Durant's passing. Eastick joined Broderick Smith's Big Combo (1979–1982) and later provided guitar for different artists including Max Merritt and Jimmy Barnes. Pealing formed his own band Mick Pealing and the Ideals (1980–1981), and were also a backing band for Renée Geyer. He then formed The Spaniards (1983–1986) and worked with other artists including Eastick. McLachlan toured with Cliff Richard in 1978, worked with John Farnham (1987–1988), briefly rejoined Little River Band (1998–1999) and was a member of Mighty Rock with Pealing in 2004. Eastick performed in Sydney pubs and clubs 1987/88 and had the distinction of being sponsored by Jack Daniels.
Stars eventually re-formed in 2019, announcing a tour in November and December of that year. 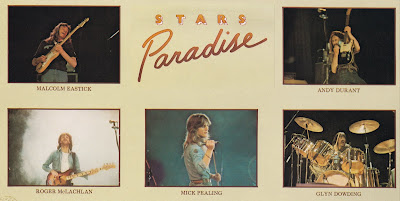 Album Review
In a sense, Paradise is as epoch-marking as the Dingoes' first LP. They both just about sum up the Australian attempt to hit the mainstream of '70's country rock.

Country rock, natch, is a field dominated exclusively by American-groups which (natch again) leads to accusations of Oz-Band Music Apes Overseas Trend, which leads to the conclusion Australia Has No Valid Musical Identity.

But that's just not true. There was something uniquely, ruggedly Australian about the Dingoes first - a rough and ready outlaw charm that had the same sort of energy, but different musical feel, as the Confederate boogie of the Allman Brothers and Lynyrd Skynyrd. 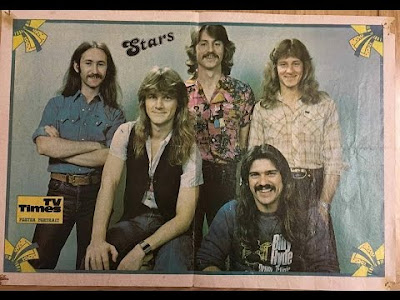 There seemed no doubt the Dingoes could beat quite a few of them pesky Confederates at their own game. And sure enough they eventually got to America, and recorded a second album.

Unfortunately that second LP showed their musical cohesiveness was shot to pieces, and just about nothing has been heard of 'em since.

Ah, but the Dingoes were outlaws. Stars on the basis of this album and their smooth concert performances are professional marksmen. And they bag most of the targets they go for.

The current single "Look After Yourself" for instance seems one of those 'hey is that the Eagles or ....??' songs, except , halfway through you know it's not the Eagles or any other L.A band. The vocals are a little less slick, the harmonies a lot less choral, the guitar solo has an ingenuous bounce, that has nothing to do with the multi-tracked fulsomeness of Sunset Boulevard. 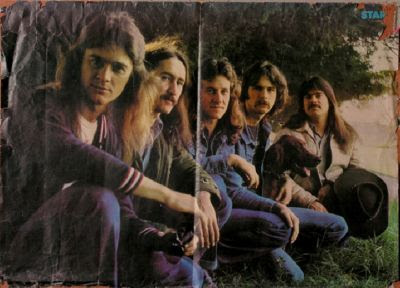 In fact, apart from Look After Yourself and the Life In The Fast Lane echoes in "Back Again", Stars steer clear of Sunset Boulevard all together. Their real meat is slow, sultry workouts on ballads such as "West Is The Way", "Jupiter Creek" and Ain't No Time For Cryin' ". "No Time For Cryin", by the way is from guitarist Mal Eastick, all other originals are from partner guitarist Andy Durant.
Durant concentrates on Australiana - either narrative as in Jupiter Creek or the romanticism of the Wild Oz Outdoors (Paradise & Song For The Road). He sure can pen fetching melodies and singer Mick Pealing can sure deliver 'em with clear, strong tones and mucho concentration on the lyrical mood.

Unhappily though, while aiming for the country rock midsection and retaining an Oz identity, the band are a bit too slow on the trigger for uptempo boogie. "Let's Get Moving" for instance is about an outlaw showdown with the phuzz, but it moves at the gentle pace of a picnic walk. "Mighty Rock" has a marvellous hookline but the rock backing is muted and Mick Pealing could be singing a grocery list, he sounds that excited about the energising power of rock 'n' roll. 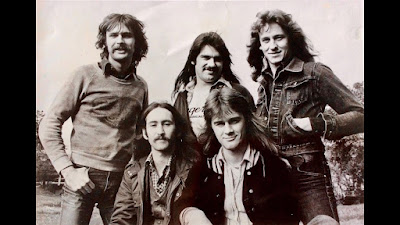 And then again, the live rendition of "Rocky Mountain Way" has gnashing, crashing guitars in the right places, but it doesn't sound nearly demented as Joe Walsh's original was. So for that matter was Joe's guitar solo on the "Hotel California" single.

And that's what Stars have to learn. At the moment they're hiding behind their music, which is fine for ballads and acceptable for medium-paced joggers. But if you wanna rock, you gotta sound demented, even if you're not.

Otherwise you'gotta stick with the softer side of Hip Easy Listening. As things stand, the one draw back to Stars is their own sensible sanity. [Review by Anthony O'Grady, RAM, March 10, 1978. p31] 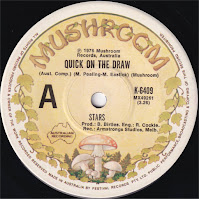 This post consists of FLACs ripped from my CD and includes full artwork for both vinyl and CD.  I own the LP but thought a CD rip would be better received. The bonus tracks, two singles released in 1976 are of course ripped from my 45's.  If there is sufficient interest in this post, I will post their live album '1157'  in the near future.  I saw these guys play numerous times while they did the Melbourne Pub and Uni circuit in the late 70's, but was mostly impressed by the set they played at the 1977 Nightmoves Concert at the Palais Theatre in St.Kilda. Their rendition of "Rocky Mountain Way"was electrifying, and established Andy Durant as one of the finest guitarists in Australia. Hope you enjoy their debut album and as O'Grady comments above in his review, it stands out right next to the Dingoes' stalwart debut album.
Tracklist: 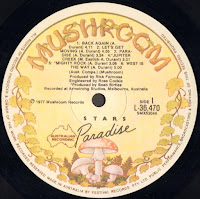 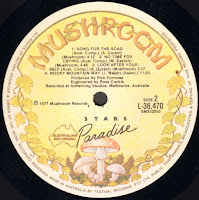