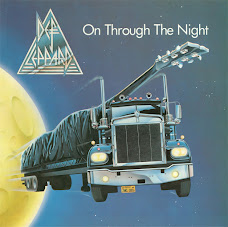 For a band that initially embraced their place in the New Wave of British Heavy Metal, Def Leppard has done a lot to distance themselves from that genre. The new wave of the late '70s and early '80s featured an explosion of all sorts of rock and metal from the U.K. that relied less on blues references and instead took a faster; harder approach. Many of the bands didn't live up to the hype and never made it, but some, like Def Leppard and lron Maiden, became global stars.

Over the years, Def Leppard, which started out as more of a raw metal band, yet one that loved the melodies of '70s rock, evolved into a mass-appealing, super produced, blockbuster outfit that gave us mega hits like "Pour Some Sugar On Me" and "Love Bites." For my money, Def Leppard is all about the first three albums-their hardest and most rockin'.


'On Throuqh the Night', the band's 1980 debut, did fairly well in England, but it is often overlooked because of its lack of hits or airplay in America. 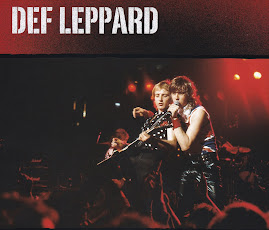 The band usually never plays much from it live, but it's a solid album with great riffs, which is especially impressive considering that all the group's members were in their teens when it was recorded. Even with a single called "Hello America" which shows just how bent these guys were on breaking stateside, something that didn't sit too well with the hometown crowd in Sheffield, England - 'On Throuqh the Night' failed to light a spark on U.S. sales charts. But musically, it laid a nice foundation for the hits to come. Songs like "Wasted", "Rock Brigade", and "When The Walls Came Tumbling Down" are early signs of greatness from a still wet-behind-the- ears Def Leppard.

One year later, Def Leppard released High 'n' Dry, which remains, in my opinion, the best record in their catalog, working for the first time with noted producer Mutt Lange (who was fresh off producing AC/DC's mega hit album 'Back in Black').   [extract from Eddie Trunk's 'Essential Hard Rock and Heavy Metal', 2011. p63-64] 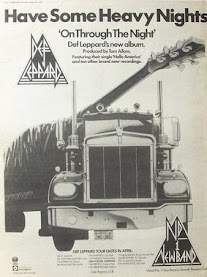 Album Review
This is 100% NWOBHM, although it's not true Metal.
The album starts off with the killer "Rock Brigade". It's defiantly a sign of what's to come for the band, with harmonised vocals along with hard rock riffs. Like most NWOBHM, there is very little substance, but you're listening to Def Leppard, not Death, so you really shouldn't be expecting much anyway. "Rock Brigade" is followed up with the also good "Hello America". It isn't anything amazing, but a totally serviceable song with a great chorus. Songs with great chorus' can describe almost all the songs here, unfortunately most songs suffer from boring verses. Still, there is one song that is awesome through and through, that song is "Wasted". "Wasted" is an amazing song really, with an awesome riff, great chorus, and great solo. It's a real underrated gem.

As great as many of the songs are, they all are held back by the production and tempo. Every song here is played just a tad bit too slow. Live, these songs are awesome, but most lose their power on the album itself. The production job isn't bad by any means, but it's a touch too bottom heavy, and everything is just a but mushy. It doesn't kill the album, but it does it no favors. Look up "Dortmund 1983 Def Leppard" and just watch. Wasted live just destroys the album version in every way possible, and shows what the production and tempo really do to it as a song. 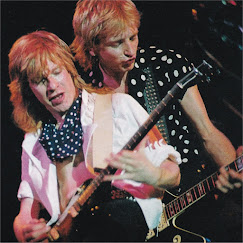 The point of a review is to show if an album is good or not in the reviewers opinion, and to me, this is a good album. While it doesn't do anything particularity well, it does stand out from other NWOBHM bands like Angel Witch or Diamond Head due to the fact that the album feels relaxed. This isn't an intense album, it's very much a classic rock version of NWOBHM and it does get the "feeling" of classic rock right. That is the album's biggest strong point, and if that's something that interests you, then I think you'll enjoy what you hear. However, if you're looking for a second Saxon, then this isn't for you, it simply isn't that heavy. I do recommend, if nothing else, to listen to "Wasted". In the end, it shows what is to come for the band rather than truly delivering on that potential. 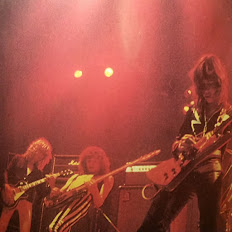 And as for the album cover - many reviewers 'can' it, but I kinda like it - probably because it has a 'Deep Purple' look about it with a Stratocaster featured on it and it's big!
This post consists of FLACs ripped from my Cassette copy.  I bought the vinyl when it first came out (pretty sure it was from an import shop in Flinders Street, Melbourne. Sadly, I sold it at a Camberwell Record Fair for some decent money but as usual regretted it years later.  Sourced this Cassette Tape from a garage sale some years ago, and it plays pretty well. If I ever come across it on CD I'll buy it in a heartbeat! Full album artwork included for all 3 media to complete the package.
As a bonus, I've also included t,he title track from their first recordings, the E.P "Ride Into The Sun" which was released in 1979.
Track Listing
01 Rock Brigade 3:08
02 Hello America 3:56 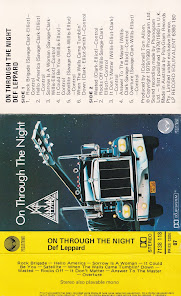