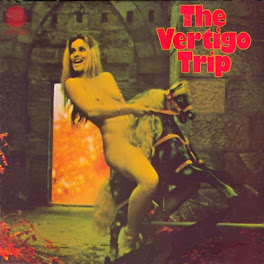 A now ultra rare sampler issued by Vertigo during the early 'swirl' years, this features a fine selection of British underground acts. Included amongst the eclectic set-list are heavy rockers Black Sabbath circa the early years of their burgeoning career, Ian Carr's fusion greats Nucleus, who offer up the title track of their superb second album 'We'll Talk About It Later', and the country-inflected folk-rock whimsy of Daddy Longlegs and their infectious 'Gambling Man'. Its a highly enjoyable listen for those who appreciate the labels early-seventies output, though actual progressive rock is in short supply. Gentle Giant appear, well represented by their entrancing slow-burner 'Funny Ways', as do Gravy Train, Patto and The Keith Tippett Group, though special mention must be made of Catapilla, whose 'Promises' serves up a tantalising glimpse of their incendiary studio debut of a year earlier. However, the majority of 'The Vertigo Trip' highlights the growing diversity taking place at the label, and four sides of vinyl featuring a medley of sonic flavours ranging between folk, pop, country, prog, psychedelia and heavy rock. Despite Nirvana's 'Home' proving a little too stodgy, the the rest of this sample offers up yet more goodies, led the brazen proto-metal of Warhorse, who open the album with 'St Louis'. Aptly-named pub-rockers Legend lend the strut-blues of 'Hole In My Pocket', mystical folk legends Magna Carta appear with 'Time For Leaving' whilst there are some welcome nuggets from Graham Bond and Scottish symphonic-prog veterans Beggars Opera's (very) early days. 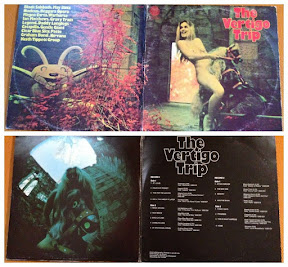 So, all very good then but the problem, of course, is actually finding the album in the first place. 'The Vertigo Trip' is seriously rare (not that many copies were produced), though thankfully virtually every single track on this item can be found on Repertoire Records excellent series of special edition Vertigo album reissues, which features many albums by the groups listed here. However, if you do come across a copy of 'The Vertigo Trip', you should try your very best to get hold of it. It's a smartly-chosen selection, and manages to showcase just how many great acts Vertigo were producing during this great musical period. And who knows? Maybe one day even 'The Vertigo Trip' may enjoy a deserved reissue.... [review by Stefan Turner at progarchives.com] 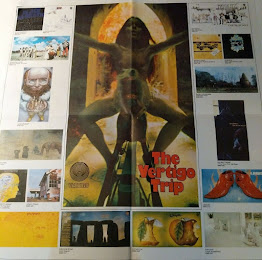 The Cover
Someone at the art-department must have gone ape over the ''Vertigo Trip 1970'' cover from Britain. The symbolism of horse and lady is adopted, but simultaneously stripped to the bare core. Now, it is a purely sexual symbiosis and this shows strongly on the photographs. The blonde lady on front is now stark naked and rocks her horse with a lewd grin. The horse's mane stands in for pubic hair, not very subtle, we think. On the inside horse and lady are seen from below, as though from inside a water-well, even though its walls seem to belong to a church ruin. She holds the reins as if they would be involved in an erotic game with leather. The gigantic poster that was given away with this record (see left) shows another, this time dark-haired, lady on the horse. She is naked too and rejoices climactic feelings on the horse's back. Another shot is in black and white and shows her kissing the cheek of her mount. Furthermore there is a large advertising section with small pictures of ever so many Vertigo albums. Only Black Sabbath's Master of reality shows any difference to the British issue: the bottom lettering is outlined in white. 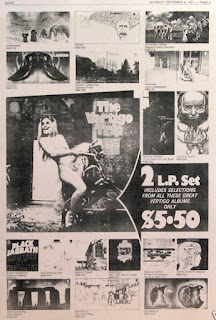 I bought this double LP from my brother when I was a young impressionable teenager back in the early 70's, and needless to say the cover had a big part to play in my desire to own this now 'iconic' compilation of Vertigo artists. Mind you, another reason why I wanted it was because it featured one of my favourite Sabbath tracks at that time "After Forever", which still remains at the top of my most memorable songs. As for the remaining tracks, it wasn't until much later that I began to appreciate the diversity and obscurity of the music it contained. Maybe I was too mesmerised by the swirling Vertigo label to appreciate them at the time.
This post consists of MP3 (320kps) ripped from vinyl and includes full album artwork and label scans.
I am sure that this is the only post available on the net at the moment of this rare double LP set but is selling on eBay for $300 for anyone interested in having their own copy. Hopefully, one day it might be re-released on CD.
.
Songs / Tracks Listing
A1 Warhorse - St.Louis
A2 Legend - Hole in My Pocket
A3 Magna Carta - Time for the Leaving
A4 Nucleus - We'll Talk About It Later
B1 Ian Matthews - Reno, Nevada
B2 May Blitz - High Beech 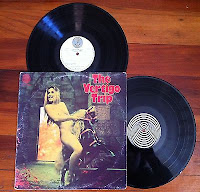