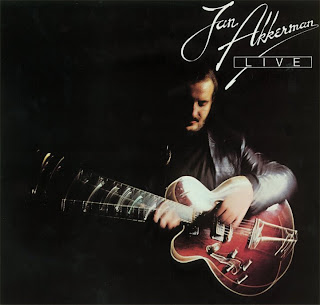 Dutch guitar player Jan Akkerman (1946) did almost anything a musician could possibly do. He worked with many different musicians like BB King, Charlie Byrd, Cozy Powell, Claus Ogerman and Ice-T, besides being a former member of international acclaimed bands such as Brainbox and Focus and made more than a dozen solo records that showed his versatile playing without any boundaries or limitations. Whether it’s ‘Tabernakel’ (1973), the famous guitar-in-bed album ‘Jan Akkerman’ (1977) or his latest release ‘Live in Concert at The Hague, he explores and combines elements of rock, jazz, blues, classical or modern dance music and give those his own signature.

On stage, Akkerman has been touring all around the world. Besides several appearances at the Swiss Montreux Jazz Festival (and this post comes from one of them), the Dutch North Sea Jazz Festival, his countless tours around theatres and 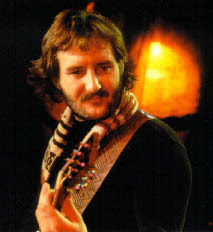 different stages, the guitarist also performed far beyond Western Europe, in countries like Japan, Russia, North & South America and Australia. He also has a long-time fan base in many parts of the world. In his own country, Akkerman received a Golden Harp in 2005 for his complete oeuvre and again gained recognition and sympathy for his distinctive role in guitar music by many people.
This Jan Akkerman record is a real gem! After the first spin, I was convinced this was by far his best live album. The material comes mainly from his self-titled record (1977), though Tommy (of the Eruption suite) of Focus is added and two new compositions in the spirit of the self-titled Jan Akkerman album. The recording of this live album is perfect, nothing more can be expected, not even today. The first Dutch pressing of this album was released as a limited white vinyl edition, and is a collectors item. 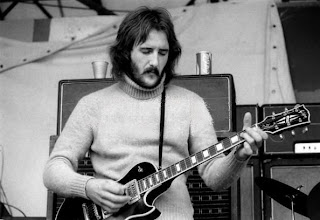 For newcomers. Jan Akkerman is ex-guitarist of Dutch progressive band Focus. In his solo career he concentrated on jazz-rock/fusion and some historical lute-guitar playing. Though at first (Profile, Tabernakel) Jan Akkerman would use his rockin' electric guitars most of the time, in 1977 Jan decided to become the master of the clean jazz-guitar. This resulted in the 1977 self-titled album with clean guitars, a great band and the best of string arrangements. The compositions had a relaxing but slightly magical vibe and some up-tempo moments. Most of the compositions of this record were played on this live album. 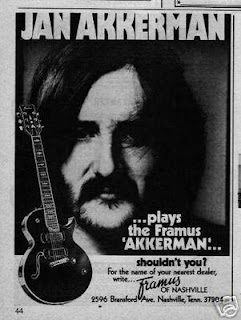 Now, the problem Akkerman and band had to face was that on the seltitled album these unbelievable string arrangements made a big contribution to the end result, but they weren't able to get such an arrangement for their tour. The problem was solved by adding an inspired percussionist (I love his contribution) and some synths that both helped to establish a more progressive climate, though the main genre would still be fusion. The two minuted atmospheric synthesiser opening track by Jasper Van 't Hoff really gets me warm for the rest of the album!

A nice track from the Focus era, Tommy, is played with precision but the great vocals of Thijs van Leer are a loss. Still the band makes a great symphonic jazz track with that magical feel and the great guitar solo's (this time clean) of Jan Akkerman.

Conclusion. This recording is perfect, the tracks are great, there's a magical progressive climate on this concert, all instruments are played perfectly, some problems concerning the arrangements were solved very intelligently and Jan Akkerman plays beautifully. There's only one letdown: the album is too short. 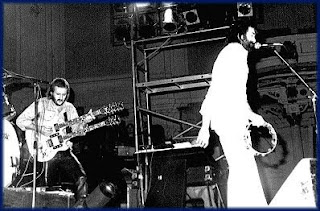 Running for 35 minutes this doesn't live up to todays standards. Still, this album is highly recommended to basically every-one who can hear the difference between elevator music and great Fusion. A big four star. [review by Frisco at progarchives.com]
.
Rip taken from CD at 256kps and includes full album artwork from LP. This is one of my favourite live albums and it was recorded at a time when I believe he was playing at his best.
Even if you are not a Focus fan, you will enjoy this progressive jazz rock masterpiece.
. 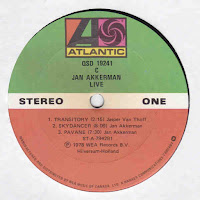