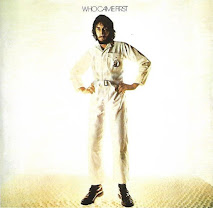 Pete Townshend (born 19 May 1945) is an English guitarist, singer and composer. He is co-founder, leader, principal songwriter, guitarist and secondary lead vocalist of the Who, considered to be one of the most important and influential rock bands of the 20th century.

Townshend has written more than 100 songs for 12 of the Who's studio albums. These include concept albums, the rock operas Tommy and Quadrophenia, plus popular rock radio staples such as Who's Next; as well as dozens more that appeared as non-album singles, bonus tracks on reissues, and tracks on rarities compilations such as Odds & Sods (1974). He has also written more than 100 songs that have appeared on his solo albums, as well as radio jingles and television theme songs.

As an instrumentalist, although known primarily as a guitarist, Townshend also plays keyboards, banjo, accordion, harmonica, ukulele, mandolin, violin, synthesiser, bass guitar, and drums. He is self-taught on all of these instruments. 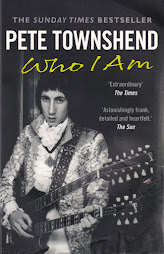 During February and March of 1972, Pete Townshend made a pilgrimage to India to visit the tomb of Meher Baba and talk with those who knew him and others who were attracted to his philosophy.

Pete recalls in his Autobiography 'Who I Am' ......  "I had been summoned by Sarosh Irani, the member of Meher Baba's family who had organised the celebrations of the Master's passing. When I arrived, the Meher Baba people suggested I perform a few songs. On this first trip I played 'O Parvardigar', my version of The Master's Prayer and 'Drowned', which would appear on Quadrophenia. While I performed in front of the Tomb where Meher Baba's body lay, I glimpsed him for a moment, sitting in an armchair, waving one hand from side to side like a metronome. On the recording I made, you can hear me skip a beat at the sight"

In the Who's Illustrated Biography Pete elaborates more by saying...... "When I visited Baba's tomb, I felt like a speck of dust," he said, "Suddenly everything was in proportion. It  only lasted five seconds yet I yearn to reach that state of excitement and pure peace again. There is a ritual  there, when all his followers stand around the tomb and sing 'Begin The Beguine' which was one of Baba's favourite songs. It totally zapped me out when I was there. I stood up after all this and was crying and everything."

Though deeply influenced by Baba by now, Pete, unlike others attracted to Indian religions, was not disposed to either preach or convert. Although he wrote an article on Baba for Rolling Stone magazine and even appeared on televised religious programmes, he discussed Baba in a matter of fact way, never pushing his beliefs down the throats of others. Pete gained enormous intellectual respect, both inside and outside the rock community, as a result. "It's very weird to be in a group like The Who and feel that you're at a different stage of spiritual development from the others," he said. We're all very similar as  physical bodies, we enjoy the same degree of self-punishment, the same music, and we have different basic ethics on how to live our lives and they don't cross. Deeply written into Who philosophy is the fact that each member thinks the other guys' ways are total bullshit but it's-all-right-by-me. So let's say I'm tolerated in my mystical beliefs. 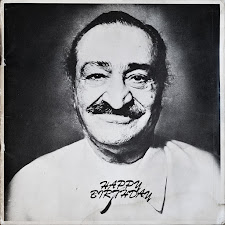 When Pete Townshend returned from India he began serious work on a commercial solo album that was dedicated in every way to Meher Baba. Townshend had found an alternate path via Meher Baba, an Indian spiritual master who died in 1969 at age 74.  In February 1970 Pete had produced 1,500 copies of a devotional album entitled Happy Birthday which was distributed privately to Baba followers, but it had been bootlegged in America and sold under the counter at an exorbitant price. The album included material by other Baba lovers (including Ronnie Lane from The Faces) and was released in a double cover with a fourteen -page booklet with drawings, poems and essays relating to Baba. All proceeds went to the Baba foundation - all, that is, until the bootleggers cashed in: America Decca, for whom Pete was contracted to record, weren't happy.

"The company was most understanding" said Pete. "They merely encouraged me to put the album out through normal channels. They wanted 25,000 copies of the album to distribute and offered me a dollar an album to give to Baba, a very generous royalty rate. I decided that if I was going to do it on this scale, I might as well do a completely fresh album."

Who Came First was recorded at Pete's Twickenham home in 1972 - where the studio was christened Eel Pie Sound - and was very much a devotional work. Four songs were Townshend originals, two were Baba prayers set to music by Pete, two were by fellow Baba lovers and a version of Baba's favourite song, Jim Reeves' "There's A Heartache Following Me' completed the selection. Compared to a Who album, the sound was thin and Pete's nasal voice lacked the emotion of Roger Daltrey. Nevertheless it was a sincere statement and, thanks to Pete's celebrity status, it sold well when it was released in October.

[extracts from The Illustrated Biography 'The Who' by Chris Charlesworth, Omnibus Press, 1982 and Pete Townshend's autobiography 'Who Am I', Harper Publishers 2012, p233] 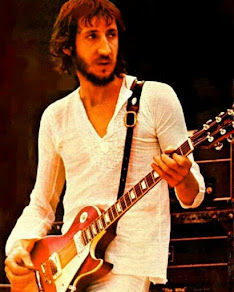 Released in the fall of 1972, 'Who Came First' gave Townshend a chance to explore and expand his own musical territory as well as his insight into his own life. The material was culled from recordings done at Townshend's home studio, some specifically for the album others that lingered from the aborted Lifehouse project. Townshend plays most of the instruments on the album, but gets some help from the Faces' Ronnie Lane, singer/songwriter Billy Nicholls and studio musician Caleb Quaye (later of Elton John's band).

Songs which figured into the Who catalog show up here in different form. "Pure and Easy" was melded into "The Song Is Over" from Who's Next. A full band version of the song would later show up on the Odds and Sods collection. "Let's See Action" first appeared as a U.K. single in 1971. Both these were sprung from Lifehouse. Like most of his demos, Pete's solo versions of these songs have a distinctly different feel from the Who versions. 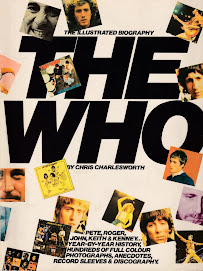 "Sheraton Gibson" and "Time Is Passing" are prime Townshend, while "Evolution," Ronnie Lane's contribution, gives the album a jolt. Another song, "Forever's No Time at All," is a shimmering pop song written and sung by Billy Nicholls. In addition to working with Townshend numerous times over the years, Nicholls made a wonderful Beach Boys inspired album, Would You Believe?, in 1968 for the Immediate label, home of the Small Faces.

Though he gets a hand from these fine folks, this is Pete's show, and Baba's influence runs throughout, including the lyric of "Parvardigar," which stemmed from his writings. The album was dedicated to him as well. It is a grab-bag sort of collection, and in most circles, seems all but forgotten, with many assuming 1980's Empty Glass to be Pete's first solo effort, but Who Came First is more than just a curiosity, it documents a significant time in Townshend's life both musically and spiritually.

This post consists of FLACS ripped from my Polydor Cassette Tape. The tape is nearly 50 years old but still plays like it is was spooled out yesterday.  This is amazing for tape media as they don't always last and often exhibit fade outs and stretching. But not this baby however.
I love the album title with its play on the Who's band name, but I'm sure everyone has also interrupted it as a question rather than a statement.  I wonder what Townshend's answer would be?
Full album artwork and label scans are included for all 3 media formats.
Tracklist