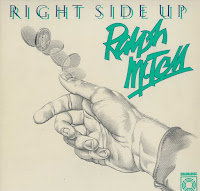 One of the great storytellers, Ralph McTell, is now celebrating almost 50 years on the road. Known for his virtuoso guitar style, he is primarily a prolific and gifted songwriter. With a style that invites you into a unique world, he weaves a narrative that is both significant and poignant.

Ralph made his debut in 1968 with the album ‘Eight Frames a Second’ and in 1974 the release of "Streets of London" earned him an Ivor Novello Award. In 1993, Nanci Griffith recorded ‘From Clare to Here’ on her Grammy Award winning album and in 2002 he was presented with the prestigious Lifetime Achievement Award at the BBC Radio 2 Folk Awards. [extract from Ralph's website]
.
Ralph McTell Street Survival
(Rolling Stone Magazine, Feb 22, 1979. p19-20)

Ralph McTell must look like an easy mark to every scum-crusted derelict on Seventh Avenue, because each one he walks by hits him up for spare change. Maybe they single him out because he wears old clothes, or maybe it's the gold hoop in his left ear, but it's probably because he's willing to look them in the eye while seasoned New Yorkers instinctively sidestep the bums. "I hate to turn them down", says McTell, "but what can I do?  The first time I was in New York I gave out all the change in my pockets within three blocks".

Ralph McTell has always had a feeling for street people. The British singer/songwriter's best-known song is "Streets of London," a catchy folk tune about bag ladies and homeless old sailors. It was a Number One hit in England in 1975 (although it's been an underground favorite since the late Sixties) and is part of the reason McTell is one of the most popular pop/folk artists in Great Britain. But even though he has made ten albums (four of them American releases) and has been touring for more than twelve years, McTell is relatively unknown outside Europe.

"I'm no overnight sensation, and I don't expect to be," says McTell, who got his start as part of the same British folk scene that spawned such artists as Donovan, Cat Stevens and Pentangle. But he has toughed out the Seventies performing his simple folk/ blues/ragtime melodies while most of his contemporaries have drifted into more commercial rock idioms or have completely faded from sight.
After years of bouncing from label to label ("I really get through the record companies," he says), McTell is now affiliated with Fantasy, which has just issued Ralph McTell Live. Easy, a 1975 British LP, will soon be released by Kicking Mule, a small, independent label.  And he recently completed a studio album that he thinks may open up a new audience for him. It's a band album," McTell says. "I've never had what you would call programmable material. So the only way I can get through is by doing live appearances. I hope this new album will be programmable ...less folkie." 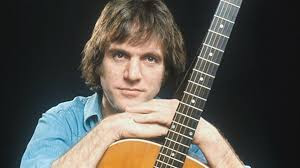 But when McTell opened for David Bromberg on a recent U.S. tour, his languid, "folkie" material won over audiences who had come for Bromberg's high-energy act. The last stop of the tour was Carnegie Hall, where McTell stepped onstage armed only with an acoustic guitar and nervous smile to play for a restless audience, some of whom were already screaming for Bromberg. Within ten minutes the hecklers had shut up, and by the end of the set the audience was shouting for more. After the concert, McTell and I headed for Greenwich Village to get a drink. A light snow was falling as we walked down Bleecker Street, searching for a warm bar. We passed a skinny kid in shirt sleeves standing in a doorway, strumming a beat-up guitar. His companion walked up to demand some spare change for his buddy. McTell politely declined. Safe inside Kenny's Castaways, a local folk dub, McTell warmed himself with a whiskey and beer. "I was looking at that guy outside and remembering how it feels," he said. "When I was seventeen and eighteen I was what you call a busker. I traveled around Europe, playing guitar in cinema queues and cafes and things like that. But it wasn't something I liked to do". I remembered McTell onstage at Carnegie Hall, shaking visibly until well into the set. Wasn't he frightened playing on street corners?

"I just used ro put my face down and shout my head off. I was terribly nervous. But when you're hungry, it's easy to get your courage up. I was discovered when an agent saw me playing in the street in Paris?' Two fingers scratch the air around the word discovered. "I got a gig playing for a French Dylan lookalike called Antoine. He was their rebel, but he couldn't play guitar. So they dressed me up in a dinner jacket and bow tie to play behind him. But you get sick doing street gigs and I was ill. I went back to England, and things started happening for me there". 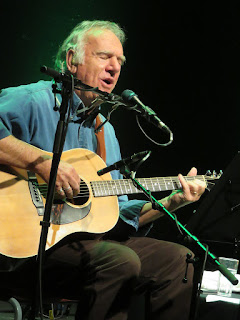 McTell travelled the British folk circuit, at first performing traditional blues and Woody Guthrie classics, then gradually slipping in his own material. His first song was Nanna's Song, written for his Norwegian wife, whom he met when he was a street singer. "She was my bottler, one of the girls who would collect money for buskers and get ten percent of the take. She wasn't very good at it, but she was so sweet". He took another gulp of his draft "Romantic, isn't it?"

Ralph McTell is a romantic. His simple melodies and imagistic narratives are deliberately accessible. He wants, more than anything else, to make people feel that they are not alone and that life isn't as bad as they thought. "Music for me is political," he said. "I like to get a message across. I deal with emotional subjects quite often, and some people use the word sentimental. Well, I'm not afraid of that word".

McTell stood back from the bar and cheerfully announced to his musician friends that his thirty-fourth birthday was coming up. "'I was born on December 3rd, 1944," he said, wrapping an arm around one of his mates. "And on that very day, Woody Guthrie made a speech over WNEW radio, right here in New York. And he said something like: 'I hate a song that makes you think you're no good to nobody. I am out to sing songs that make you take pride in yourself and your work.' "You know, I grew up in the working class. I'm not working class now. I'm never hard up for a drink or cigarettes - I'm successful, really. But you never forget where you came from. You never forget what it was like".

This post consists of FLACs ripped from my pristine vinyl (acquired from a now defunct radio station in Melbourne). Full album artwork and label scans are part of the package.
This is one of several excellent McTell albums from the 70s, and it still stands up well.

The material on this album is overall very good (although perhaps nothing really stands out). It includes the McTell classics 'Naomi,' 'Tequila Sunset,' 'Slow Burning Companion,' and the sublime 'From Clare to Here.'
McTell also does a very good cover of John Martyn's well-known song 'May You Never.' This is nice, gentle stuff with period small-folk-combo backing and an almost Nashville sound.
. 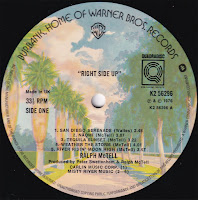 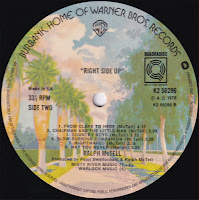