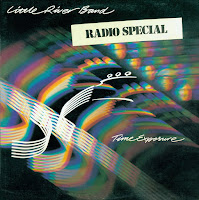 The genesis of Little River Band's (LRB) formation can be traced back to London in late 1974, when former Twilights / Axiom lead singer Glenn Shorrock - about to return to Australia after five fairly fruitless years in England - received a call from former Zoot member Beeb Birtles, who was living in a house with the remnants of the Aussie soft-rock group Mississippi.

As Glenn remembers it, "he said they wanted to talk to me about starting a new group and I said, "no thanks, I've had enough, I need to get out of this business for a while". But they were very persuasive and had some great songs, so I jutted my jaw, gritted my teeth and agreed to get involved".

The Mississippi members floundering in London - Graeham Goble, Beeb Birtles and Derek Pelicci - had begun to formulate ambitious plans for world domination with Masters Apprentices bassist Glenn Wheatley, who was proving to be more interested in the business side of music.

Named after a signpost on the freeway from Melbourne to Geelong, Little River Band snared classically trained guitarist arranger Ric Formosa and bassist Roger McLachlan from the Australian Godspell cast. Their aim, as highly competent adult rock musicians, was to create textured, harmony dominant mass appeal sound and within an eight month period they had 3 top twenty singles,2 top ten albums and a collective eye set on the lucrative American market.
The band's vocal strength was matched by a great songwriting depth, with at least four significant song sources within the band at any one time. The two main writers - Graeham Goble and Glenn Shorrock - were masters of song craft.

Time Exposure
'Time Exposure' was the sixth studio album by LRB, which was recorded with producer George Martin at Associated Independent Recording (AIR) in Montserrat and released in August 1981. It peaked at No. 9 on the Australian Kent Music Report Albums Chart, while it stayed in the 3XY's charts for an impressive 18 weeks. In the United States, it reached No. 21 on the Billboard 200. 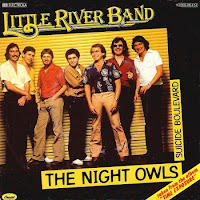 It was the group's last album with Glenn Shorrock on lead vocals until 1988. In the interim John Farnham took over as main lead vocalist, staying with the band for the next three studio albums 'The Net' (May 1983), 'Playing to Win' (January 1985) and 'No Reins' (May 1986). 'Time Exposure' was also the last album with lead guitarist, David Briggs, who left prior to its release. He was replaced on tour by Stephen Housden, who later joined the group. The album had other band members on lead vocals: Beeb Birtles on two tracks, "Ballerina" and "Guiding Light", and Wayne Nelson on the hit single, "The Night Owls" (1981). Two other singles, "Take It Easy on Me" and "Man on Your Mind", were also top 20 hits in the US for the band.

The album opens with the Wayne Nelson sung Night Owls (peaked #6 in 1981) and follows with two more hit singles-- Man On Your Mind (peaked #14 in 1982), and Take It Easy On Me (peaked #10 in 1981). And while none of the other songs on the album were released as singles, many of them including "Full Circle" and "Just Say That You Love Me" could have easily been released as singles. In addition to Shorrock's lead vocals the vocal tandem of David Briggs, Beeb Birtles, and Graeham Goble provide harmonies so tight they sing as one. While the Eagles were likely better musicians, I'd argue that Little River Band's vocal harmonies were superior to those of the Eagles. There was a tightness, a cohesiveness that was pure vocal magic.

What likely prevented this album from matching the success of the 2 previous LRB albums (1978's 'Sleeper Catcher' and 1979's 'First Under the Wire' both went platinum) was the disparity between the stronger and weaker songs on this album. While the strong material is as good as their best tracks on their previous albums, their weaker material on 'Time Exposure' feels uninspired and some might argue "phoned in." 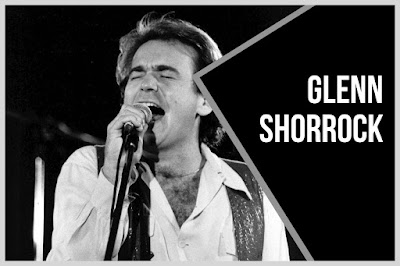 In 1996, a CD re-issue featured the John Farnham sung "The Other Guy" (peaked #11 in 1982) as a bonus track. An enjoyable yet curious inclusion considering that song was recorded after Time Exposure was released.
.

This post consists of FLACS ripped from a special vinyl release (pressed for radio station use only).  Each track has an introduction by Glenn Shorrock discussing the origin of the track and lyric derivations. It came in the standard album cover with a "Radio Special" label stuck on the front.
Thanks to Sunshine for this excellent rip - cheers mate. This album is certainly a rarity and worth its weight in gold, especially to all LRB fans. Enjoy listening to the 'Real LRB' - unlike the impostors who currently tour under the LRB name.
.
Track List 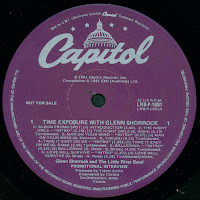 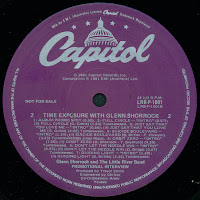