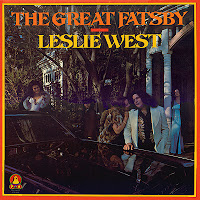 Leslie West first gained recognition as the lead guitarist for the Vagrants, a locally popular 1960s Long Island group. One of that group's singles was produced by Felix Pappalardi, a bass player who also produced Cream. After the Vagrants and Cream split up, Pappalardi played bass on and produced West's debut solo album, Mountain (July 1969). Following its release, the two teamed up with drummer Norman Smart (soon replaced by Corky Laing) and keyboard player Steve Knight to form the band Mountain, which cut the albums Climbing! (February 1970) (a gold-selling LP featuring the Top 40 single "Mississippi Queen"), Nantucket Sleighride (January 1971) (which also went gold), and Flowers of Evil (November 1971). In 1972, Pappalardi left Mountain to return to being a producer. (Posthumous record releases included Mountain Live (The Road Goes on Forever) [April 1972] and The Best of Mountain [February 1973].) West and Laing joined with former Cream bassist Jack Bruce to form West, Bruce & Laing.

The trio recorded two studio albums, Why Dontcha (October 1972) and Whatever Turns You On (July 1973). (A live album, Live 'N' Kickin', was released in April 1974.) Bruce quit in the summer of 1973, and West and Laing briefly formed Leslie West's Wild West Show. Then West, Pappalardi, Alan Schwartherg (drums), and Bob Mann (keyboards) re-formed Mountain, recording a double live album, Twin Peaks (February 1974), in Osaka, Japan, in August 1973. This was followed by a Mountain studio album, Avalanche (July 1974), made by West, Pappalardi, Laing, and Knight. Then Mountain split again, and West formed the Leslie West Band, releasing The Great Fatsby (April 1975) (which featured Mick Jagger) and The Leslie West Band (1976) (which featured Mick Jones, later of Foreigner).

Bedeviled by substance abuse problems, West retired from music for a time, then cleared up and again re-formed Mountain with Laing and bassist Mark Clarke (Pappalardi had died in 1983) for Go for Your Life (March 1985). The group broke up again, and West made Theme (1988), again teaming with Jack Bruce. West then participated in the Guitar Speaks (1988) and Night of the Guitar (1989) recordings of legendary rock guitarists for IRS Records' Illegal subsidiary. His next solo album was Alligator (August 1989), followed by Dodgin' the Dirt (1994). In 1994, West and Laing teamed with ex-Jimi Hendrix Experience bassist Noel Redding in another edition of Mountain, recording two tracks for the compilation Over the Top (1995). The solo As Phat as It Gets followed in 1999. After an album for Voiceprint, Guitarded, in 2004, West released two blues-inflected albums for Blues Bureau International, 2005's Got Blooze and 2006's Blue Me.

ReviewLeslie West is probably best known for his work with Mountain. Mountain grew out of the session for Leslie's debut solo album recorded in 1969. The album was produced by Felix Pappalardi who had more famously produced Cream. One of the first gigs Mountain ever played was at the celebrated Woodstock Festival in August 1969. From there the band recorded a number of influential and hugely successful albums. The band have gone through many ups and downs over the years including the death of Felix Pappalardi however they are still an incredibly popular draw and feature Leslie West alongside long time drummer Corky Laing. As a solo artist Leslie West continued his career during breaks from Mountain in the mid seventies and despite working extensively with Mountain Leslie manages to also keep his solo career a going concern.

'The Great Fatsby' was Leslie's solo album originally released in 1975 and was completed following another bout of activity from Mountain. The album includes a number of guest players including Spooky Tooth's Gary Wright and Mick Jagger who plays guitar on the album rather than singing. The album is an eclectic affair including as it does a number of covers including "House Of The Rising Sun" (Animals), "A Little Bit Of Love" (Free), "Honky Tonk Women" (Rolling Stones) and "If I Were A Carpenter" (Tim Hardin). The album also includes the song "High Roller" which is co written by Leslie West, Corky Laing and Keith Richard /  Mick Jagger and also features Mick Jagger on guitar. The album was always a popular album in the Leslie West canon and has been out of print for a short period prior to this reissue. [extract from RecordHaven]
.

This post features FLACs ripped from my Phantom Vinyl which I purchased over 40 years ago while completing my Year 12. Full album artwork and label scans are included. I was a big Mountain fan at the time with Nantucket Sleighride (Live Version) and Mississippi Queen on repeat play, on my ONKO turntable. Although this album had a different sound to his Mountain material, it showed another side of West that was refreshing. I'm sure you will enjoy this album, if not just for the great covers that he plays with the help of Jagger, Wright and Laing
.
Track List 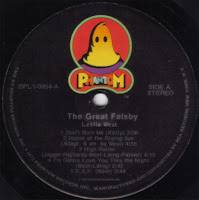 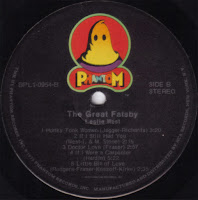