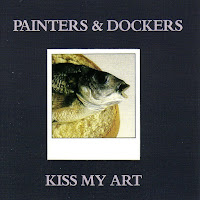 In the earlier years, they were the headline act at the Port Melbourne Festival, and in a Government initiative called Rockin' The Rails, played songs from the back of a train, as it stopped at various Melbourne stations, including Ringwood, Camberwell and Flinders Street. 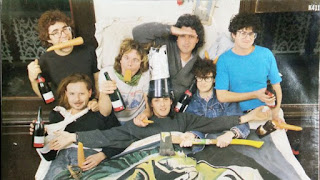 In 1984, Marron was replaced by Colin Buckler on drums, and they released their debut album, Love Planet, which was produced by veteran hard rocker, Lobby Loyde and released on Big Time Records in 1984 and contained the tracks, "Basia!", also released as a single in March 1985, and "The Boy Who Lost His Jocks on Flinders Street Station". Joining after the album's release were Mick Morris on tenor saxophone and Dave Pace on trumpet / backing vocals, and with Stewart the horn section was called the Brassholes.

A four-track EP, 'Kill Kill Kill' was released in 1985 containing cover versions of "Kill Kill Kill" originally by The Sacred Cows on "The Groovy Guru" episode of US comedy TV series, Get Smart. Their first single, "Basia!", released in March 1985 on Big Time Records, was a paean to Basia Bonkowski who was presenter of SBS' music television show, Rock Around the World from 1982 to late 1984. 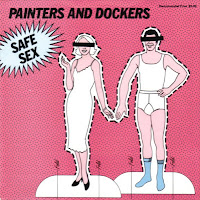 The Painters and Dockers released seven albums between 1984 and 1994, which featured a selection of sarcastic and amusing singles, such as "Die Yuppie Die" and "Safe Sex" from their 1988 'Kiss My Art' album and the pro-queer and anti-monarchy "I Know Better Queens Than That" from 1994's 'The Things That Matter'. Several members of the band went on to form the highly successful Dili Allstars.

Their greatest chart success was achieved with 1985's Nude School which received air play on a number of commercial radio stations and which was marked by its controversial lyrics and video clip. 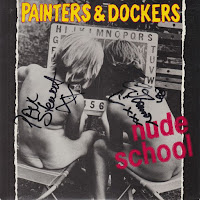 On 20 November 2009, early members, Paul Stewart, Chris O'Connor, Colin Buckler, Vladimir Juric, David Pace and Mick Morris, with Michael Badger (not an original member) reformed for a one-off show at the Prince Bandroom in St Kilda, Melbourne, where the band was inducted into The Age newspaper's EG Hall of Fame.

The band were back in the news on 9 October 2014 when Violent Soho frontman James Tidswell was not allowed to board a plane because he was wearing a Painters and Dockers black T-shirt printed with the name of the band's 1990 single 'Eat, Sh--, Die'. When he was told he could not get on the Virgin flight, Tidswell told Fairfax Media he was shocked when he was told new terrorism laws meant he could not wear the shirt on the plane. But a Virgin Australia spokesman said the T-shirt was simply deemed offensive, not a threat. 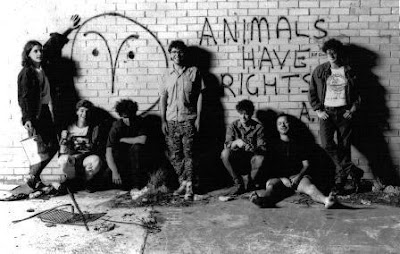 To belatedly celebrate the 30th Anniversary of their hit album Kiss My Art, Melbourne’s legendary/iconic/infamous/notorious Painters & Dockers are playing a rare show on the 18th October, 2019.
I say belatedly because the show was meant to happen last year but singer/frontman/wildman Paulie Stewart ended up in hospital with bleeding on the brain. 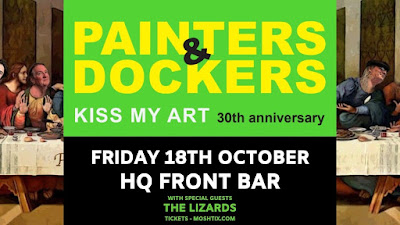 To celebrate, ILYOS remembers the Dockers classic Kiss My Art hits “Nude School” and “Die Yuppie Die”, and looks back at the band’s glory days with 20 points of interest, which we present, in keeping with the fact that they took their name from the infamous and soon outlawed Victorian waterside trade union, as the Painters & Dockers rap sheet.

1. One of the Painters & Dockers’ very first shows was at St Kilda’s legendary Crystal Ballroom, opening for Nick Cave Man or Myth and a bunch of more serious St Kilda types. The band proceeded to unload a bucket of dead fish on the goth-punk groovers who were no doubt standing slack-jawed in the audience.

2. The Dockers’ longtime manager and record producer of choice was none other than Australian 60s/70s guitar God, Lobby Loyde, of Coloured Balls & Purple Hearts fame.

3. The Dockers’ hit “Nude School” made naughty reference to a map of Tasmania, which assumedly no one under the age of say 30 would understand.

4. The fourth single from Kiss My Art was “Safe Sex.” A few years’ later they became involved in Performers Releasing Information about Clean Syringes (PRICS), which promoted safe sex as well as safe drug use at the height of the AIDS/HIV epidemic. (see previous blog post)

5. Two decades later, in 2012, members of the band including frontman Paulie Stewart got together with several other musicians in a band called The Transplants to perform a special show for Organ Donation week. Most members of the Transplants, including Stewart, had had life-saving liver transplants.
6. They were joined at the gig, by another famous liver transplant recipient, the 'Human Headline' and now senator Derryn Hinch, who joined the band for a rousing version of the Dockers’ song “You're Going Home In The Back Of A Divi Van.” (A bit of a pub rocker, Hinch used to be a regular at gigs by Sydney’s Hitmen amongst others back in his drinking days.)

7. The band’s deep social consciousness was perhaps spurred by the fact that Docker frontman Paul Stewart is, famously, the younger brother of television journalist Tony Stewart, who was one of five Australian journalists killed in East Timor by Indonesian troops. After they were killed, they became known as the Balibo Five, and their story is well known to all Australians who were around at the time.
8. Honoring his older brother, Paulie became very involved in the East Timor cause early on and later went on to form the Dili Allstars in the early 1990s with East Timorese musicians.

9. Paulie also followed his brother into journalism and was the Melbourne Herald Sun’s rock writer for years. 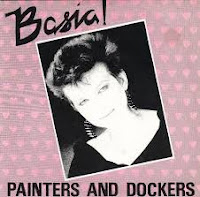 10. The Dockers’ hit “Basia” was a love song to the cool as a cucumber host of early SBS TV rock show Rock Around The World. It includes the pithy line "She's sitting there with her multi-colored hair / She's sitting there with that multi-cultured stare." (As an aside – Rock Around The World once showed an interview with David Lee Roth before Van Halen were super big here. When it cut back to Basia after the interview, she snidely but cluelessly quipped “Funny guy, that Van”!)

11. The Docker’s first label Big Time Records – where their label mates included the Hoodoo Gurus – was funded by money made from Air Supply! We assume the Air Supply guys weren’t really paying attention.

12. Also on Big Time with the Dockers were their buddies the Huxton Creepers, with whom they share management and many gigs. 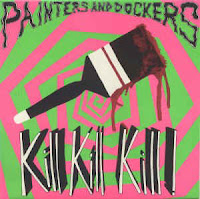 13. The title track of the Dockers’ covers EP, Kill Kill Kill, was a cover of a song that appeared in the legendary episode of Get Smart! that stared the brilliant Larry Storch as the Groovy Guru, an evil record producer who tried to do away with Max and 99 in his Echo Chamber. The made-up group of freaks playing the song in the show was called the Sacred Cows. The same episode also inspired the Dockers’ local contemporaries the Sacred Cowboys in their choice of name, and probably was influential in the Hoodoo Gurus choice of name too; the early Gurus’ classic “The Echo Chamber” is definitely inspired by that episode!

14. The Kill Kill Kill EP also featured a cover of the Saints’ smashing “Know Your Product,” and it’s safe to say that the Dockers’ sound, which incorporated a lot of brass (provided by the Brassholes, natch) was heavily influenced by the Saints’ great second album Eternally Yours.

15. Kill Kill Kill also featured covers of the Ramones “Do You Remember Rock’n’roll Radio?” and Supernaut’s “I Like It Both Ways” – great taste these boys!

17. Early in their existence, the Dockers took part in a state government initiative called Rockin' the Rails, where they played songs from the back of a train, as it stopped at various Melbourne stations. We’re not sure how many commuters called in sick that day.

18. In 2014, James Tidswell from young grungers Violent Soho was barred from boarding a Virgin flight, because he was wearing an old Dockers “Eat, Shit and Die” T-shirt. “East, Shit & Die” is an old Dockers fan fave but no, it wasn’t a hit.

19. Their 1984 classic "The Boy Who Lost His Jocks on Flinders Street Station" wasn’t a hit either.

20. The two other singles from Kiss My Art – the ones we haven’t mentioned yet – were “Die Yuppie Die” and the tasteful “Love On your Breath.“ [taken from ilikeyouroldstuff.com]

For the latest information and tour details on Painters & Dockers, see their Facebook Page. 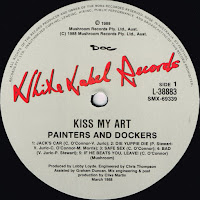 This post consists of FLACs ripped from vinyl (thanks to gnowangerup) and includes full album artwork for both Vinyl and CD, plus label scans.  This album is loaded with great music and profound lyrics, which are guaranteed to offend even the most hardened blogger.  You really are going to enjoy this album if you haven't heard it already. 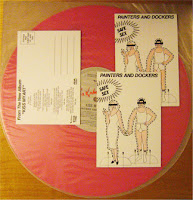