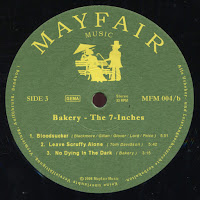 'Bakery' was formed in 1969 when Hank Davis (drums) and Eddie McDonald (bass) from the New Zealand "Avengers" went to Perth, West Australia, with John Pugh (guitar) and Bernie Payne (sax) Bernie left to pin the Australian production of the musical "Hair" in Sydney, and was replaced by Peter Walker (guitar).
This was the core of the band for several years and arguably its most effective line-up. No recordings of that line-up exist though, and "Momento" was their only mainstream album although there was a previous album "The Rock Mass For Love". This was a live recording done in a Perth Cathedral during the hippie days when peace, love and religion were briefly intertwined.
.
A few '7-Inch notes' from Peter Walker: 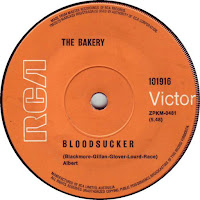 Bakery was never a "singles" band, our writing and playing was much more suited to longer arrangements, with extended solos etc At the time (and now?) singles were for "pop" music, which we tried hard to avoid. Record company and marketing pressure meant that we eventually had to do them (but only two!).

"Bloodsucker" was a Deep Purple cover, which always worked well on the Aussie pub-rock circuit. Purple's version wasn't very well known m Australia, so we felt OK about releasing it ourselves.
"Leave Scruffy Alone" was officially a "B" side with lyrics by Tom Davidson (our former singer) about the injustice of the "police state", and how it treated long-haired youths (like us!). Rex and I wrote most of the music in about half an hour but we rarely played it on stage. 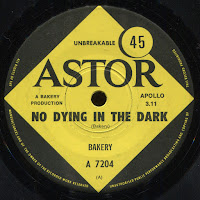 "No Dying in the Dark" lyrics by Tom, music by Rex and I, was an attempt at a "heavy" single. It suffered in the recording, as the technology of the day (4 track) didn't capture much of the raw volume. Onstage it was quite successful, and contributed to our reputation as a "heavy" band.

I remember it very well because it was one of the few songs where I played an SG Gibson (solid-body), rather than the 335 Gibson I normally used. The SG also featured on 'The Gift", on the
Momento Album. The SG Gibson was a real pig to play unfortunately, but it had the right sound for these tracks.
..
Album Foreword
The tracing down of band members is a very hard job ! Especially when they performed 35 years ago
and more or less disappeared after releasing two albums. So I was very happy when I found the correct Peter Walker (hence the "uncommon" name) over a couple of detours and I was even happier when Peter agreed to this re-release.
Work on the project began immediately Luckily I could get my hands on the very rare Singles from Bakery and the included songs are really an excellent enrichment.
Two of these tracks are quite long (for single-tracks) and therefore I had to change plans by adding a one-sided second LP instead of a Bonus-7" to the 'Momento' re-release. 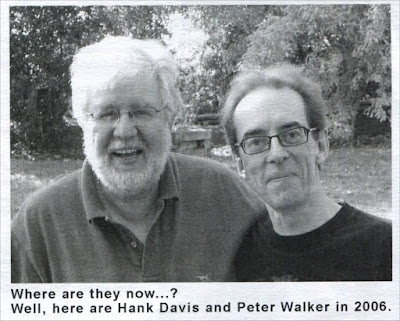 Peter and Hank (Drummer of Bakery) also managed to send me some pictures from their vaults which also proved to be a hard task, since the Momento line-up was very short-lived so that there are not many photos in existence (to Peter's despair he was the one who took most of the photos and therefore he couldn't be seen in them).
But in the end everything worked out so please put the record on the turntable and listen to this brilliant album!
And don't believe Peter and Hank with their noble self-criticism in their notes...
They're old men now and don't know what they're talking about '
by Boris Jerschensky (Mayfair Music.Oktober 2006) 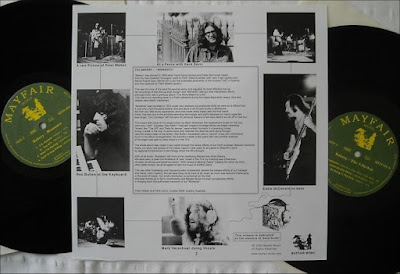 .
This post consists of FLACS ripped from the Mayfair 12" Bonus LP  (Thanks to Sunshine) that accompanied Mayfair's re-release of the Momento LP.  Inner Artwork and label scans are included, along with label scans from the actual single releases. Note that the Mayfair Bonus LP did not feature the B-Side to "No Dying"" entitled "Trust In The Lord" (taken from their Rock Mass LP), so I have taken the liberty of including it here as a bonus track.  Once again, thanks to Sunshine for the rip and label scans.
If you are interested in hearing the Momento Album, you'll find it HERE on my blog.
. 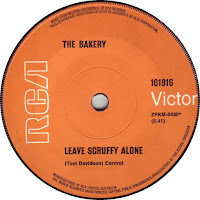