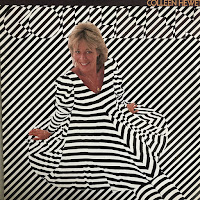 Colleen Hewett was born in the Victorian town of Bendigo in 1950, and has established herself as one of Australia's most admired and consistently successful recording artists. She was crowned the nation's 'Queen of Pop' twice in the seventies, and over the years has also won recognition as a talented stage and screen actress. This 1983 album features a number of her hits from the eighties, including the number one "Dreaming My Dreams With You" and a wonderful rendition of Bette Midler's "Wind Beneath My Wings".
.
COLLEEN HEWETT
One of the most admired and consistently successful Australian recording artists, Colleen Hewett twice topped the Australian charts, a decade apart. Her active fifteen year hit span is unique in a country which tends to dismiss its female pop performers-swiftly and mercilessly. 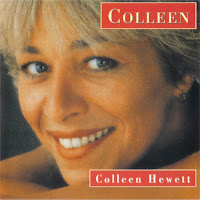 Born in the Victorian town of Bendigo in 1950, personable Colleen was performing publicly by the age of twelve. After working with an amateur band for three years she became a part of Australia's vibrant sixties pop explosion when she joined the vocal trio The Creations. Before the decade was over she had recorded and toured with the Laurie Alien Revue and lan Saxon & The Sound.

Colleen's high profile solo career began in 1970 when she won the Bandstand Best Female Newcomer of the Year Award. Signed by Festival Records, she covered a song from Mad Dogs & Englishmen, Leon Russell's Superstar, and entered the top forty. This helped her secure a role in the Melbourne stage production of Godspell, which in turn gave her a number one gold single, Day By Day, which was recorded with full orchestration and the Australian Boys' Choir. 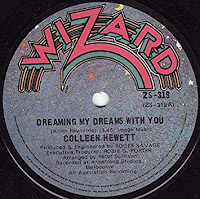 By 1972, Colleen was a major star in Australia. She won the national Go-Set Pop Poll as Best Female Singer and was crowned Queen of Pop. The following year she was part of the celebrity cast in the two live Australian presentations of the rock opera Tommy and was again crowned Queen of Pop. In 1974 she co-starred with John Farnham in the stage musical Pippin. But although she had minor hits with Carry That Weight, Waltzing Matilda, Sit Yourself Down and, during a brief 1974 stint with Atlantic Records, / Believe When I Fall In Love, she had ceased to be a major record seller and moved further into screen and stage activities, taking the lead in the 1978 ABC TV series The Truckles.

The dawn of the eighties echoed the same point a decade before, with Colleen - now recording for Wizard Records - once again claiming the chart summit; this time with the seductive Dreaming My Dreams With You. Her new hit run continued with Avenue Records and she had more chart entries including Gigolo, The Wind Beneath My Wings and If You Ever Feel The Need.

This 1983 Avenue label album, produced by Englishman John Wood, brought together most of those hits and included fine versions of the taut Split Enz ballad "I Hope I Never" and the gentle-but-funky Allan Toussaint piece, Motion. Since its release Colleen has remained only semi-active in music and entertainment while still commanding considerable loyalty and affection among Australians who recall her unpretentious air and honest charm. (Liner Notes by Glenn A. Baker) 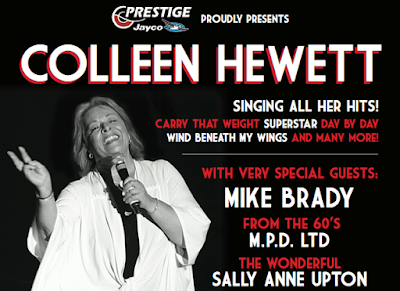 This post consists of FLACS ripped from a recently acquired CD copy which trumps my vinyl copy (which is unfortunately warped) and includes full artwork for both media. Colleen released no less than 4 singles from this album, demonstrating just how popular she was during the 80's. The 2015 billboard poster above also shows that she is still going strong and is still able to draw crowds.
Yes, Colleen is still a Superstar !
.
Track List: 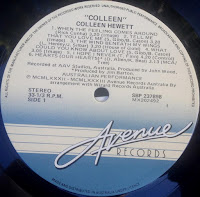