W.O.C.K On Vinyl: Flexi Discs - INXS / Mental As Anything 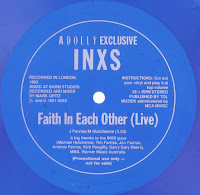 This months W.O.C.K on vinyl features two Flexi Discs that were released by two popular Australian bands - namely INXS and Mental As Anything. These 'single track' flexi discs were released as promotional items by the well known Australian magazines "Countdown' and 'Dolly'.
Although the pressings are not top quality (what would you expect on a 1mm thick piece of  plastic) but they are certainly collector items, making them fit into the Obscure categorisation.

INXS
With a career spanning 25 extraordinary years, INXS are undoubtedly one of the world's great bands.
With more than 30 million records sold worldwide, countless awards from their peers and fans, platinum certifications, and a history peppered with outstanding achievements, the band are arguably Australia's most successful rock export. 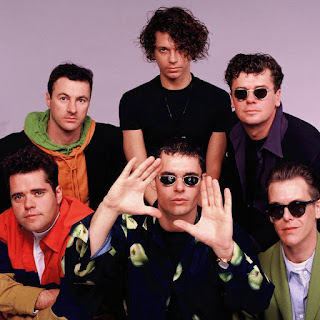 In Australia INXS celebrated their first number one single with 'Original Sin' in December 1983, beginning a phenomenal run of 38 top 40 hits. The Swing in April the following year was the band's first Australian number one album, the first of seven to reach the top three, four of which charted at #1 (The Swing 1984, Listen Like Thieves 1985, Kick 1987, X 1990).

"It's incredible that a bunch of friends should end up such good players - never thrown anyone out, never needed help" vocalist Michael Hutchence marvelled around the time of the ten million selling Kick album. "We know each other so well. I find that rather frightening. Andrew and I may write most of the songs but this is a real band. It's not two writers and four dumb musicians; it's a very active, competitive, democratic group of people. We're a band that sounds very much like a band, a live band, that's who we are, where we came from. " 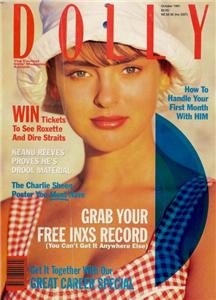 With each step of their path to the upper strata of international music carefully considered and deftly executed, they performed before gauchos in Buenos Aires, Royals in Melbourne and teens in Tokyo, on their way to number one American singles, headlining before 75,000 at Wembley Stadium - a show captured and released on DVD in the shape of Live Baby Live - , playing to 100,000 at Rock In Rio, seven MTV awards, three Grammy nominations, and albums which hit #1 all over the world.
[extract from A Day On The Green) 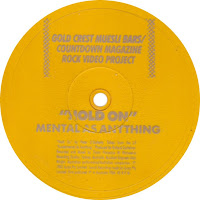 MENTAL AS ANYTHING - Hold On (1984)
(Flexi-disc, 7", Single Sided, Promo, 45 RPM, Varying colours - Yellow [mine], Blue, Black, Green, Clear)
Taken From the US album, “Fundamental”.
Rare OZ Only 1 sided flexidisc, 'Rock Video Project' Promo by Gold Crest Muesli Bars/Countdown Magazine from Match, 1985.
(A Mentals competition where the winners video clip idea would be made into a finished video in the Melbourne Countdown studios, plus the Mentals would play a gig in the winners home town)

Mental As Anything's music is characterised by poppy, accessible and well-crafted melodies and lyrics, and their work showcases an ironic, satirical and self-deprecating sense of humour.

The Mentals
The band formed in Sydney in 1976, initially playing to students at parties, pubs and uni dances, when they caught the attention of new independent Regular Records. The band sold out 1300 copies in a fortnight in late 1978 of the three track vinyl Mental As Anything Plays At Your Party with one track  "The Nips Are Getting Bigger".

All of the early members are visual artists and have had combined studio displays, some have had solo studio displays with Mombassa's artwork also used as designs by the Mambo clothing company. The majority of the group's record covers, posters and video clips have been designed and created by the band members or their art school contemporaries. 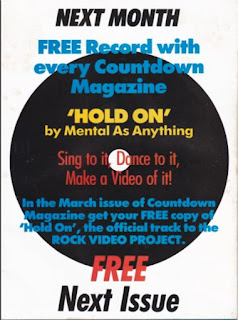 In 1985, they released 'Fundamental As Anything' – Platinum Best Selling Australian Album – Live It Up – Best Selling Australian Single – singles You’re So Strong( No. 8) / Date With Destiny (No. 18) – multi platinum Greatest Hits Vol I goes to No. 2 on the charts – Live It Up received Apra award for most performed work and Countdown award for best single and song writer.  "Hold On" was also taken from this album.
eBay prices attract @$10
.