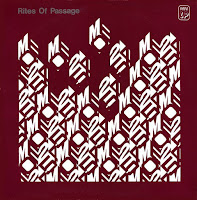 The story begins in the late 70s when four high school students created a group that played covers - Led Zeppelin and Uriah Heep. Once graduated, they decided to try their luck in Melbourne under the name MEO 245 , chosen with reference to the catalog numbers of a German Import Beatles EP.

They recorded their first album, Screen Memory, and the singles "Lady Love" and "Other Places", all of which made the mainstream charts in Australia, reaching the top 100 of the Kent Music Report Albums Chart. They appeared on ABC TV's pop show Countdown performing "Lady love" and "Jewels".

During April and May 1982 they recorded a six-track EP, 'Rites of Passage' (September 1982), at Richmond Recorders with co-production by the group and John French (he also worked as its audio engineer). It provided two singles, "Sin City" (also September) and "Summer Girl" (November). It was a marked shift from the new wave pop of 'Screen Memory' with a more guitar-orientated sound coming to the fore.

Rites of Passage was their last record testimony, and it is without a doubt the darkest. After releasing their highly successful album in 1980 and some singles between 80 and 82, the adventure just seemed to stop. And even if, in their beginnings, they seem inspired by the seventies (Yes, Roxy Music, Bowie ...), the six tracks here compose a mixture of cold wave and romantic pop, which I would compare with Joy Division and XTC for the brighter and hopping part.

Ahead of the EP's release Kellet left and was replaced on bass guitar by Anthony Moore. In January of the following year Brickhill left to join Little Heroes and the group disbanded by March with Laird joining Soldier of Fortune and Northam going to Luxury Device. 'Screen Memory, Rites of Passage' and the non-album single, 'Lady Love", were released on CD as 'Screen Memory / Rites of Passage', for a compilation album in 1997 by Mushroom Records.


This post consists of FLACS and MP3's (320kps) ripped from my trusty vinyl which I purchased second hand many moons ago, when Synth Pop was the rage and my matching hairstyle was captured on my wedding video for prosperity and ridicule !
Although this follow up (mini) album was a disappointment compared to their highly successful LP 'Screen Memories', it is still a crucial recording to have if you collect Aussie Rock.  To sweeten the deal, I have added a rare live recording of their big hit "Lady Love", recorded Live at Storey Hall, RMIT, Melbourne, in 1980 on 24th December, as a bonus track
Full album artwork included (inc high res scan of back cover) along with label scans and select band photos. 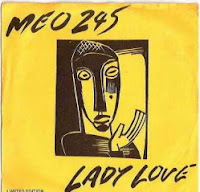