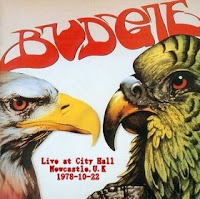 Late 1967, in Cardiff, John Burke Shelley bass/lead vocals) met up with Raymond Phillips (drums) and guitarist Tony Bourge to form Budgie establishing a substantial following within the South Wales college and club circuit. After a journalist commented Budgie's sound was more akin to a 'Six Ton' Budgie, their name became as heavyweight as their delivery. In 1970, Roger Bain was impressed by their raw energy and promise and via his company 'Hummingbird Productions', Dave Howels from MCA signed the band. Budgie were now back as Budgie with a five album deal. 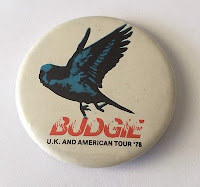 Many claim The MCA albums were arguably their finest work, with openers Budgie and Squawk providing the backbone of heavy riffs and melodic interludes which was to characterise the bands' style. Shelley's high-pitched vocals were first aired on the charmingly titled single 'Crash Course In Brain Surgery'. Their sense of humour was often reflected in their song titles, 'Hot As A Docker's Armpit' proving Budgie didn't take life too seriously. In 1973, their 'Never Turn Your Back On A Friend' LP with its Roger Dean designed gatefold sleeve boasted some classic moments, from the thoughtful 11 minute epic 'Parents' to the blistering 'Breadfan', to be covered some 20 years later by Metallica. 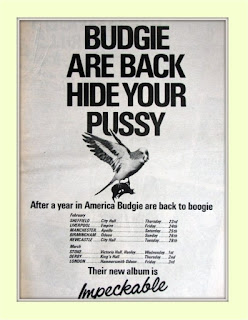 Ray Phillips departed in late '73. Pete Boot was brought in quickly to honour a Spanish touring schedule and record 'In For The Kill', Budgie's first LP to chart. Once Steve Williams on Drums stepped in, Budgie were once again in full flight. In 1975 we provided their fans with the astounding 'Bandolier', considered by many to be the pinnacle of their achievement. With additional Welsh guitarist Myf Issacs touring with the band, their stage sound was also fuller. Retrospectively a bad decision, their management elected to take a deal offered by A&M rather than re-sign with MCA. The more melodic 'If I Were Britannia I'd Waive The Rules' followed, but it didn't chart. In 1977 Budgie re-located to Canada to crack the North American market and Budgie's seventh album, 'Impeckable', became their most mainstream effort to date arriving in January 1978.

The following month saw a well attended clutch of UK theatre shows prior to engaging in their lengthiest US trek - quaintly entitled the 'Hide Your Pussy Tour', taking the band right through the summer months. Budgie had previously recruited the ex-Quest member as second guitarist Myf Isaacs. Their next foray stateside produced the much in demand 'Live At Atlantic Studios' live tapes and the a high quality bootleg set called 'The Electric Ballroom', material much sought after by collectors. Isaac also played on their 'Impeckage' album, although he is not listed in the album credits as a band member, but rather only listed with thanks.

Later in 1978, after their 'Hide Your Pussy' tour, the band flew out to Canada and then to Texas, a trip paid for by Don Smith who would later produce their final album in 1982 "Deliver Us From Evil".
After returning to the U.K.in late May, Tony Bourge decided he'd had enough of touring and quit the band, after playing with the band for more than 10 years. Tony Bourge's last ever Budgie gig was played at the Welsh National Eisteddfod Pavilion, in Cardiff, Wales on 1st July, 1978.  Budgie quickly went into damage mode and enlisted Rob Kendrick (ex-Trapeze) as guitarist and after several months of intense practice, commenced the second half of their 'Hide Your Pussy Tour' in England and Scotland.  [Concert timelines from Budgies Fan Club]

This bootleg comes from a concert played on 22nd October at City Hall, in Newcastle U.K and features some new material that never made it onto vinyl, making it highly collectable.  Unfortunately, the sound quality is only average / good as it is an audience recording (although it does improve towards the end of the show), but this bootleg still an important addition to any Budgie fan's collection. 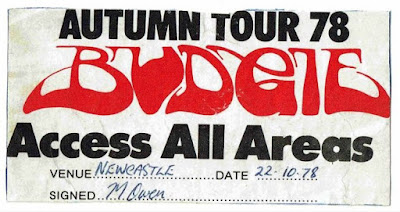 This post consists of FLACs and MP3's (320kps) taken from a cassette tape recording and includes custom artwork and all photos shown above. The concert features Rob Kendrick on guitar and 'Strife' were also on the bill that night as support act. Now, I've always been a stalwart fan of Tony Bourge's guitar playing, every since I started following the band back in 1973 when I heard their NTYBOAF album for the first time, but having now heard Rob Kendrick's guitar work on this bootleg, I gotta say he comes pretty-damn close. He really fires up the show with both his attacking axe work and ongoing banter with the crowd. His guitar solo in Breadfan is simply stunning and I now understand why the other lads in the band signed him up when Bourge exited stage left. 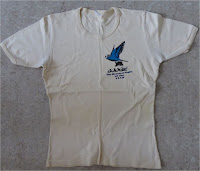 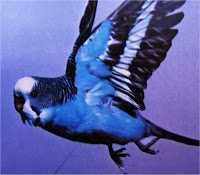