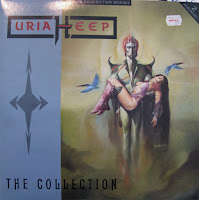 Anyone listening to the debut Uriah Heep album, "Very Eavy, Very Umble", when it was first released way back in 1970 would doubtless have been as surprised as the band themselves if anyone had told them right there and then that two decades later the name Uriah Heep would still be on concert-hall billboards all over the world. Everyone dreams, everyone has ambitions but not even the irrepressibly chirpy Cockney guitarist Mick Box would've thought that one a remote possibility.
Especially when fie saw some of the reviews they were getting. For years, Uriah Heep were the band everyone - except the fans - just loved to hate. They were slammed as a poor man's 'Deep Purple' due to the relentlessly heavy guitar/Hammond organ-driven rockers "if this band makes it, I'll have to commit suicide," promised another unimpressed hack... Uriah Heep heard it all. 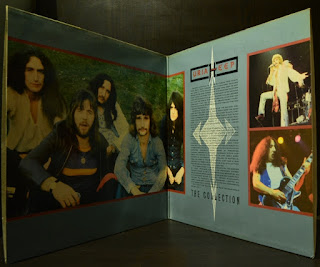 But they were too damn stubborn to pay any mind to the critics! Instead, they took their cue from the smiling faces crammed against the stages, took solace from the consistent - if unspectacular - record sales and just kept on rockin'.
They were every bit as 'Umble as Charles Dickins' simpering clerk who unwittingly gave them their name, but they were more stubborn than a stable full of proverbial mules. They refused to give up no matter what happened, enduring their share of personal changes, upheavals, and even tragedies to play concerts and become a name act in just about every country in the world from Iceland to Australia, from the USA to the Soviet Union. Just take a look around: it's 2000 and the band are still with us! They have beaten all the odds and have survived.

This collection - a mere scratch on the surface of their 19-studio album, five frontmen career - couldn't hope to be a comprehensive resume of all the band have done and are capable of. But listen to it and hear most of the classics: "Gypsy", "Easy Living", "Return To Fantasy", "July Morning" they're all here, along with a few goodies time has overlooked, and maybe even a few surprises.
Not least of all for those who said the band would never last (no byline, ta!)
.
This post consists of FLACs ripped from my incredibly rare vinyl set, later released as a single CD set in 2000 on Sanctuary records. Full album artwork for both media's are included in the one file 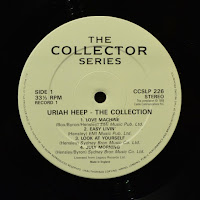 A3 Look At Yourself

B2 Running All Night (With The Lion)

B3 Return To Fantasy

B4 Been Away Too Long

C3 That's The Way That It Is

C4 Wake Up (Set Your Sights)

D3 On The Rebound

D4 All Of My Life