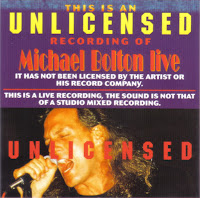 Michael Bolotin (born February 26, 1953), known professionally as Michael Bolton, is an American singer and songwriter. Bolton originally performed in the hard rock and heavy metal genres from the mid-1970s to the mid-1980s, both on his early solo albums and those he recorded as the frontman of the band Blackjack. He became better known for his series of pop rock ballads, recorded after a stylistic change in the late 1980s.
.
Bolton began recording in 1975. This first album was self-titled using his original family name of Bolotin. Early in his musical career he focused on hard rock, with his band Blackjack once opening for heavy metal artist Ozzy Osbourne on tour. It was rumored that in 1983 Bolton auditioned for, but was denied, the lead vocalist position with Osbourne's former band, Black Sabbath. Bolton later stated this was untrue, saying "That rumor about me auditioning for Black Sabbath was only a rumor, I don’t know how on earth it started." 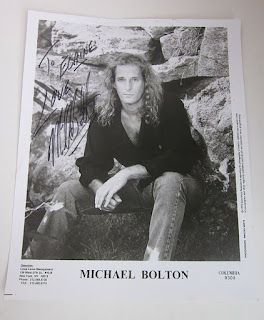 There’s no mistaking the vocal power of one Michael Bolton. The singer, who started his recording career in the mid-1970s, hit his musical stride beginning in the latter part of the 1980s with a stunning mixture of soaring ballads and cover versions of songs that inspired him -- and the rest of us -- such as “To Love Somebody,” “Drift Away” and “Sittin’ On The Dock Of The Bay.”

Critics have sometimes accused Bolton of dipping into the covers well a few too many times during his career, but the singer knows it’s one of his strengths -- one which his loyal legion of fans have never seemed to mind. But, the singer also knows a winning original lyric when he hears one.

1. "Soul Provider"
The title track -- and first of five singles -- of Bolton’s 1989 release, this song was to serve as kind of
the prototype for much of Bolton’s success with original material during the 1990s. It balanced power and passion in an effective manner, and brought the influences of Detroit and Memphis to the forefront of Bolton’s music and helped to define his sound.

2. "That’s What Love Is All About"
After a decade of recording, success finally came Bolton’s way with the 1987 release of The Hunger. At the center piece of that set was this beautifully worded ballad (written by the singer with Eric Kaz) that became the first major Michael Bolton song hit. The song hit No. 3 on the adult contemporary chart, and made the Top 20 on the Hot 100, serving notice to the musical world that an artist who would stake a reputation as one of the top song interpreters of the next decade was about to take flight -- and indeed he did! 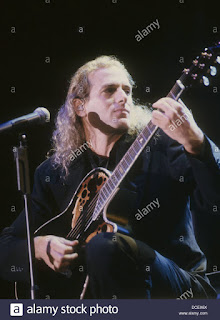 3. "Sitting On The Dock Of The Bay"
Michael Bolton's 1987 version hit #11 in the US, his highest charting song until "How Am I Supposed to Live Without You" hit #1 in 1989. Neal Schon of Journey played on Bolton's recording.
Bolton is unable to whistle. He had to have the whistling solo dubbed when covering the song.

4. ”Love is a Wonderful Thing”
This song has a bouncy beat that feels very much like a pop record. The huge synthesizer stabs and syncopated beats work to generate a highly listenable No. 1 national chart hit for him.

5. "How Am I Supposed To Live Without You"
The song that effectively broke Bolton’s career wide open to the masses took a few twists and turns before it became a hit in 1989 to 1990. The singer wrote the pain-drenched ballad with Doug James in 1983 for Air Supply. However, a disagreement with Clive Davis over one of the lyrics made the composition a free agent. Laura Branigan made the song a hit as the follow-up to “Solitare.” The song was even performed by Lisa Hartman Black during her 1982-87 stint on CBS’s Knots Landing, but it truly found its audience when Bolton himself cut it for his Soul Provider disc in 1989. 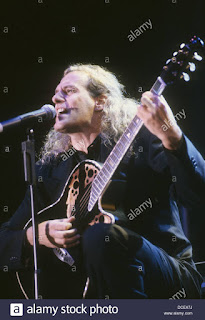 7. ”Georgia on my Mind”
This No. 6 song is an old Ray Charles song that Bolton lent his distinctive vocal style to. The song is a decent rendition that stays fairly true to the original version.

8. "How Can We Be Lovers"
The first major hit single for Bolton from the pen of Diane Warren, the singer also shares writing credit with producer Desmond Child on this brilliantly written (and produced) plea for emotional stability in a relationship. At the point of this song’s release in the winter of 1990, the singer had deservedly earned a reputation for being one of the top ballad singers in the business, but this song showed that Michael Bolton was no one-trick pony.

9. "Time Love and Tenderness"
There were few artists more bankable on the adult contemporary charts in the 1990s than Michael Bolton, and this 1991 hit was among his biggest, topping that chart -- and hitting a peak of No. 7 on the Hot 100. Once again, the singer turned to the highly esteemed Diane Warren for the track, which also served as the title cut from his most successful album -- selling over 8 million copies in the United States alone. 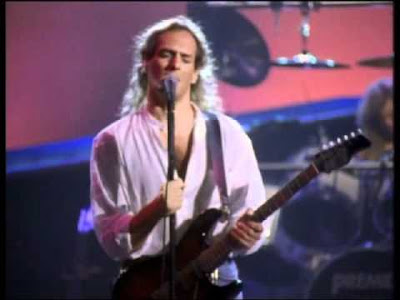 10. "When I’m Back On My Feet Again"
Another dip into the deep song well of Diane Warren didn’t start out exactly like you might think. On the surface, this song might sound like it is about a man hoping for eventual strength to return to him again after a break-up, but Warren told Wesley Hyatt in The Billboard Book of No. 1 Adult Contemporary Hits that the song was initially sparked by her feelings of pain and loss following the passing of her father. Regardless of how you want to interpret it, the song remains one of adult contemporary and pop’s most emotional moments of the late '80s / early '90s.

11. ”When a Man Loves a Woman”
This is classic rock song from Percy Sledge. The song fits Bolton’s voice and vocal style to a tee and his version, while somewhat different from the original, has its own merit.
.
This post consists of MP3's (320kps) ripped from my Australian AMCOS Bootleg CD and includes some refreshing coloured covers for CD media only. This bootleg is not registered on BOOTLEGZONE.COM and so its origin is difficult to say, however I suspect the concert may be from January 1993 / Center Stage, Chicago, IL based on the track listing.
.
Tracklisting 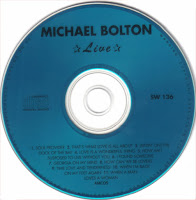