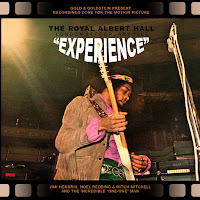 The Experience take the stage for their first concert back in England for over six months. Jimi: "It'll take about a minute and a half to... tune our instruments here and there and all the gang watching us do it, you know... You don't mind me talking to you tonight? We was playing for, oh let's see, we was playing in, er, in America, right... Then we played Germany, we're very tired and so we haven't practised at all, but [what] we're gonna do is to jam, okay?"

He makes his standard comment about tuning up and playing quietly to save the audience's hearing, then introduces 'Tax Free' as a song from the group's Swedish friends, Hansson and Karlsson: "We'd like to dedicate it to you." After this number, the band launch into Tire'." Without any introduction Jimi continues with 'Getting My Heart Back Together'. When the song has finished, Jimi asks the audience whether the music is too loud, to which they reply "No!" His usual intro to 'Foxy Lady' follows -"We'd like to dedicate it to somebody s girlfriend, we don't know who she is yet, but let's see now, we'll find out later on after the show, we'll find out, a thing called 'Foxy Lady'." As Jimi starts the familiar feedback note he comments, "You wouldn't understand, no, not really."

When the song is finished, Jimi announces a "slow blues": "[It was] recorded in 1778 in the Benjamin Franklin studios, a thing that was called 'Red House'." He dedicates the next song to the recently disbanded Cream:"... the cats are really outta site and, er, it really is too much of a shame that they had to break up. It's kind of groovy, because you'll be hearing three times as much music happening. Anyway we'd like to do one of their songs, it's an instrumental, not saying that we play it better than them, no, we're not saying that. [We're] just saying that we kind of dig the cats and the song that we're gonna do, thank you." Jimi continues with 'The Sunshine Of Your Love'. 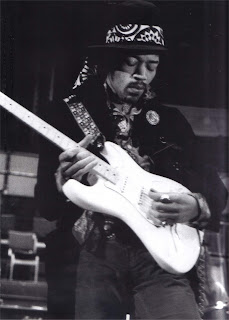 The set continues with 'Spanish Castle Magic', into which Jimi introduces a riff that would later become 'Message To Love'. The audience starts to shout out for songs. Jimi comments "... hold on, hold on. I'm gonna try one that's silly..." He continues with 'Star Spangled Banner' and 'Purple Haze'.

After the song, Jimi leaves the stage but the audience shouts out for more and he returns for an encore. "... This is Noel Redding on bass in case you might be ready to go. And we have Mitch Mitchell on drums. Well, like I said... we're up here to sing for you, thanks for staying with us this long, it's really outta site." Jimi ends the show with 'Voodoo Child (Slight Return)'.

After the concert, Jimi is filmed for an interview in his apartment at 23 Brook Street in Mayfair, London. During the interview he performs a version of 'Hound Dog' on acoustic guitar in the presence of Kathy Etchingham, Steve Gold and his wife. 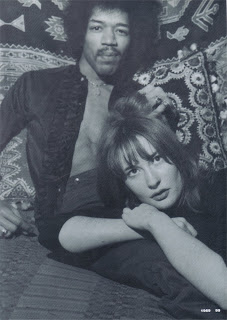 Kathy Etchingham: "I didn't know they were coming, you know, they didn't tell me. Somebody knocked on the door. I think Jimi answered the door and I was sitting on the bed and the next thing, there's this great long pole came in with something on the end of it. Before I realised what it was, all these lights came on. That I remember because it took me by surprise, and something like that sticks out in you mind! And then they came back and said that they lost a bit of the film 'and can we re-film you walking up the stairs?'"
[extract from The Jimi Hendrix: Concert Files by Tony Brown, Omnibus Press, 1999. p132,135]

This post consists of MP3's (320kps) ripped from a cassette tape copy taken directly from the master soundboard (taper unknown - Eat A Peach Records).  Quality is outstanding and captures the raw energy that Jimi demonstrated on the night.  As a bonus, an acoustic  rendition of  "Hound Dog" is also included - recorded sometime during his afternoon soundcheck session (and not in Kathy's apartment as previously indicated by Tony Brown). Full album artwork, along with alternative covers - are also included. Note that that this is a double CD set. 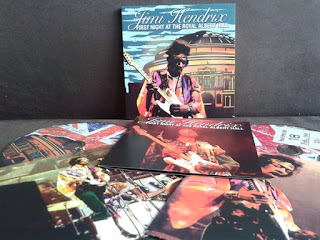 Posted by AussieRock at 7:38 PM