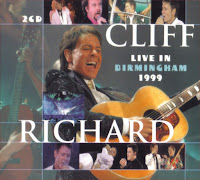 When Cliff Richard converted to Christianity in 1964, he made plans to cancel his fan club and effect his retirement, though later reconsidered. Nevertheless, he has remained acutely aware that many find the rebelliousness, even decadence, inherent in rock incompatible with the Bible. Yet, Richard continued to thrive as a recording artist, racking up record numbers of British hits, with his only faith-caused hiccup a decision to recall single "Honky Tonk Angel" when he belatedly discovered it was about prostitutes.

However, in 1999, EMI, his record company of 40 years, decided that "Millennium Prayer," his proposed next single, was simply a bridge too far. Though its mixture of the tune of "Auld Lang Syne" and a lyric consisting of "The Lord's Prayer" was a little peculiar, it was no more mawkish than a lot of Richard's other, highly successful records. When EMI declined to release it, Richard took it to tiny independent label Papillon. Upon its release, he still encountered opposition, with several stations, including the mighty BBC Radio 2, refusing to play something so ineffably uncool. However, with a multi-generational fan base behind him and a vociferous Christian network purchasing in solidarity, the record soared to UK # 1 on December 4,1999.
Richard is patently too nice a man to be vindictive but even he must have felt some glimmer of satisfaction when the following year EMI felt compelled to license "Millennium Prayer" for inclusion on his next live album. 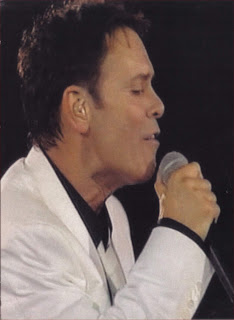 In this Cliff Richard concert from 1999, the singer and pioneering British rock and roll star takes his audience on a trip through music beloved by young British audiences in the 1950's and '60s, as well as his later hits and other songs, with key guest performances by guest artists.

Cliff Richard was born Harry Webb in 1940 in Lucknow, India, where his father was working as a contractor to Indian Railways. The family soon moved to Calcutta, then to Surrey, England, and in the early 1950's, young Harry got involved in the British "skiffle" fad. Skiffle brought together American folk, blues, and country in a homemade, low-tech style that teenagers could learn quickly; it was a strong influence on the development of British rock and roll. By the mid-1950s, amid the success of Elvis Presley's brand of rockabilly and African-American acts among young pop audiences, Harry Webb was singing with a rock-and-roll band. He soon took the stage name Cliff Richard. Richard began recording in 1958. His first single featured "Schoolboy Crush," a cover of the Bobby Helms recording, intended as the a-side; and "Move It," which leads off this concert, the intended b-side. The b-side recording was so strong it became the a-side, and the single reached number two in the U.K. Today "Move It" is widely considered the first homegrown British rock and roll recording.

Presented as a British Elvis Presley, Richard took off as a rock and roll singer and teen heartthrob. With his backing band — soon to be called the Shadows, and soon to have hits on their own — he recorded "Living Doll," which reached number one in the U.K. and the top forty in the U.S. Richard also starred in a series of highly successful films, which made him the top box-office attraction in Britain in 1962 and 1963. With the first wave of the rock and roll craze subsiding, Richard nimbly adapted to a more broadly accessible pop sound, continuing to enjoy top-five hits. Soon the new sound of the Beatles was sweeping Europe and then the U.S., but Richard's career flourished nevertheless. He even recorded with the Nashville "country politician" producer Billy Sherrill, for two top-five hits.
Still, while a 1960 U.S. concert tour went well, and Cliff Richard and the Shadows appeared on "The Ed Sullivan Show," he received weak support from American labels and never achieved the kind of popularity in the U.S. that "British Invasion" bands enjoyed.
The Shadows are an English instrumental rock group, and were Cliff Richard's backing band from 1958 to 1968, (though they have collaborated again on numerous reunion tours). The Shadows have placed 69 UK charted singles from the 1950s to the 2000s, 35 credited to the Shadows and 34 to Cliff Richard and the Shadows. The group, who were in the forefront of the UK beat-group boom, were the first backing band to emerge as stars. As pioneers of the four-member instrumental format, the band consisted of lead guitar, rhythm guitar, bass guitar and drums. Their range covers pop, rock, surf rock and ballads with a jazz influence.
The core members are Hank Marvin, Bruce Welch and Brian Bennett. Along with the Fender guitar, another cornerstone of the Shadows sound was the Vox amplifier. The Shadows, with Cliff Richard, dominated British popular music in the late 1950s and early 1960s in the years before the Beatles. The Shadows' number one hits included Apache, Kon-Tiki, Wonderful Land, Foot Tapper and Dance On!. Although they lost ground in the late '60s, the band had a second success from the late '70s.


In the mid-to-late 1960s, Richard began revising his act, partly under the influence of his conversion to evangelical Christianity. He performed with Christian groups and appeared with the Billy Graham Crusades. He acted in the 1967 film "Two a Penny," released by Billy Graham's film company.
In the 1970s, he had his own television show featuring, among others, Hank Marvin (lead guitarist), who appears in this concert. In duets with Olivia Newton-John and others, he at last achieved commercial success in the U.S. In 1995 he was knighted by Queen Elizabeth II.

In succeeding years, Cliff Richard has resumed recording rock, country, and Christian music and performing concerts like this one, in which he revisits the pop of the 1950's and 1960s on which he had a such a strong influence [liner notes by Wieeiam hogeland]
.

This post consists of MP3's (320kps) ripped from CD (released on Immortal Records) and includes full album artwork.  Cliff Richard Live In Birmingham 1999: The Countdown Concert (2CD) .... I'm not sure if this is a bootleg, but the presentation is good, although it's clear that this is not an official release based on the record label. A live recording, probably a soundboard for radio broadcast, this double CD release features many of Cliff's hits (both from the 60's with the Shadows and featuring Hank Marvin on lead guitar) and also the 70's and beyond.  Note: Some of this material has been released on alternative Shadows bootlegs (as depicted below)
Relevant Tracks with Hank Marvin (NITG)
Titles: APACHE; DON’T CRY FOR ME ARGENTINA; RIDERS IN THE SKY
Hank plays lead guitar on “Move It"; "Living Doll" & "The Young Ones”.
.
CD1 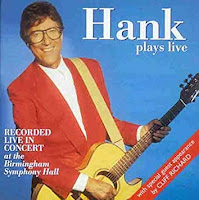 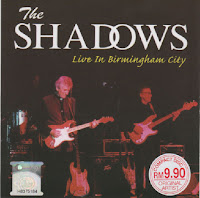 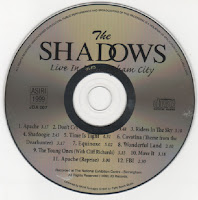 Posted by AussieRock at 8:38 PM