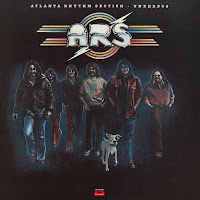 Bringing their run during the high-times seventies to a close, Atlanta Rhythm Section shipped the Underdog album in 1979. With original drummer and songwriter Robert Nix leaving ARS prior to the studio sessions for Underdog, the revamped line-up take several songs for a pronounced move in a mellow direction. Nevertheless, ARS continued to lean in with the-South-is-gonna-rise-again passion, as Underdog is introduced via the down-home tag-team of "Do It or Die" and "Born Ready". The seven-minute combo of "I Hate the Blues", and the Nickolas Ashford and Valerie Simpson penned "Let's Go Get Stoned," takes the listener for a pipe dream ride, while the boys from Doraville, Georgia, trip back to their sixties roots in Classics IV with a reworked version of the smooth "Spooky". The updated cover of "Spooky" was issued as a single by Polydor Records, as was "Do It or Die", but neither number was a match for the previous chart success of "So Into You", "Imaginary Lover", and "I'm Not Gonna Let it Bother Me Tonight".
.

.
Album Review  (taken from Atlanta Rhythm Section website)
Released in 1979, this is another excellent album that continued ARS' popular success and documents the band continuing to make quality music-even though the critical and popular tide that had swelled through the late 1970s had reached its peak. The album features eight original songs, one of them incorporating a well known Ashford & Simpson song. The tone of this collection is softer, as only a couple of songs truly rock out, but the songwriting and musicianship continues at the superior levels the group had established previously. While two songs would break out as singles, overall it's another superior set of tunes.

The material and performances are consistently strong throughout the album, and along with a mix of tempos create a beautiful work from beginning to end. "Do It or Die" provides a pop musical mission statement to open and leads into the rock of "Born Ready" and the blues of "I Hate the Blues" / "Let's Go Get Stoned". "While Time is Left" is a musical masterpiece, and "It's Only Music" and "Spooky" gradually slow the pace and carry the set home to a personal close.

1. Do It Or Die
The opener is a lovely tune with a melancholy sound that is a fitting follow up to the singles from the previous album. The vocals project both strength and resignation, and provide a great centerpiece, with the instrumentalists providing a beautiful background but never stepping forward.

2. Born Ready
Guitars provide the lead in as the tempo picks up. This song features some trademark breaks in tempo, but overall the intensity builds to a polished but driving closing-top quality Southern rock with a pop finish. 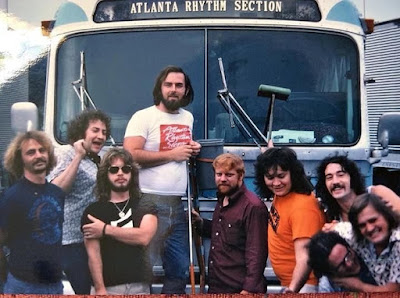 3. I Hate The Blues
This combination of songs, an approach unique in the ARS catalog, starts with a steady rolling, uptempo blues with a strong vocal and sharp, driving musical backing. Instead of shifting tempos within a song as they have done so often and well, this time there is one total tempo shift to a slower
paced cover that swells into soaring vocals and musical support, and builds to a classic blues finish. 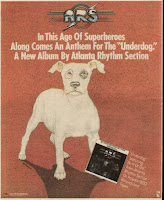 4. Indigo Passion
The band presents another beautiful ballad, with vocals sharing the twists and turns of life and love and a musical performances that provide a colorful background tableau.

5. While Time Is Left
A beautiful mid-tempo song that combines many of the elements that have made ARS' music unique. From the beginning, the production sets a tone and the words create a picture. The tempos shift and the instruments break out through the course of this classic, timeless song..

6. It's Only Music
The driving rhythm pushes the restrained sound at the beginning of the song to build throughout this examination of the band's success. A trademark break leads into guitar soloing and an uptempo verse that breaks briefly for the wishful utterance "disco go" before closing with a rousing guitar workout. 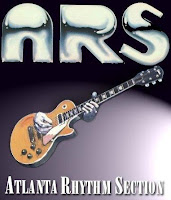 7. Spooky
A re-recording of this song that had been a hit for the Classics IV, one of the groups that was the genesis for ARS. This version is largely true to the original with a slow but steady tempo. Upgraded production techniques give this version a brighter sound, and the powerful vocals lead into some extended guitar and keyboard soloing that make this remake a classic in its own right.

8. My Song
The album closes with an acoustic ballad that's a rumination on how much the musician has to give of themselves as a performer on a stage. The acoustic guitar and vocal perfectly capture the desire to "let this be a song for me." After all, ARS had given musically up to this point, it was a request that deserved to be honored.
. 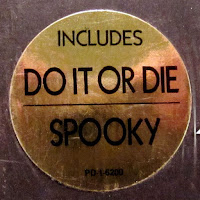 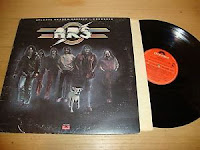