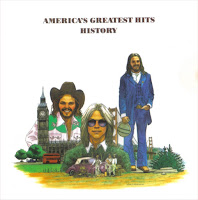 Over a remarkable five year run starting in 1970, the trio called America proved the enduring appeal of clean harmonies, uncluttered arrangements and evocative lyrics with a nearly unbroken string of Top 10 singles and best-selling albums. Dewey Bunnell, Gerry Beckley and Dan Peek fashioned their distinctive, disarming sound from the simplest of musical elements, updating and enhancing the singer/songwriter tradition and, in the process, setting new standards in pop craftsmanship.

The trio first met at an American school in the U.K., the sons of Air Force officers stationed overseas. The fledgling musicians played separately and together in a variety of local bands. Choosing their name while listening to an Americana jukebox, they recorded a demo of a Dewey Bunnell original called "A Horse With No Name," showcasing the vocal skills that would become America's trademark. The song was released in England in January of 1972 and immediately shot into the Top 5. Encouraged by the results, the threesome embarked on a tour of North America as complete unknowns. Their first concert was in a lunchroom at an Ontario college.

America's status in their namesake nation quickly changed when "A Horse With No Name" reached the top of the charts. It eventually sold more than a million copies and garnered the group a Grammy for Best New Artists of 1972. Their self-titled debut album, containing both their first hit and its Top 10 follow-up, "I Need You" topped the Stateside charts for more than a month. The follow-up, Homecoming, was another million-seller and highlighted one of America's best known songs, "Ventura Highway," along with the Top 40 hit "Don't Cross The River." 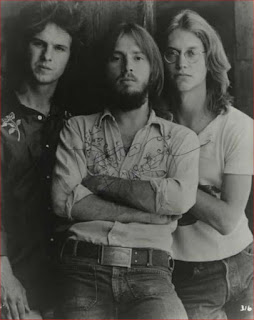 What followed was a string of million-selling albums: '73' Hat Trick, '74' Holiday and '75' Hearts (the later pair produced by Beatles producer George Martin). Each, in turn, yielded up more America classics: the Top 5 hits "Tin Man" and "Lonely People" and the number one single "Sister Golden Hair."

First released in October of 1975, History: America's Greatest Hits, chronicled America's extraordinary track record of two Number One, six Top 10 and eight Top 40 hits in less than three years. The package, also featuring an elegant cover of the Captain & Tennille's "Muskrat Love," was a hit in its own right, selling more than four million copies to date and still going strong.

Note:
The first seven tracks of the album, having been recorded prior to producer George Martin's involvement with the group, were remixed by Martin for this release, with several notable differences from the original mixes. Some of the remixed tracks, such as "A Horse with No Name" and "I Need You", feature a more prominent bass. A voice can briefly be heard in the background of "A Horse with No Name" about two minutes into the track - this voice is not on the original recording. The pitch on "I Need You" is slowed a quarter tone from the original version. "Sandman" runs about one minute shorter than the original mix. On "Ventura Highway", Dewey Bunnell's lead vocal is double-tracked and the guitars have significantly more reverb. "Don't Cross the River" adds a fiddle not heard in the original recording. In addition, several of the tracks are cross faded to eliminate the breaks between songs.

Due to the commercial success and enduring popularity of this album, over time the remixed versions of America's hits on 'History' have become as recognizable in popular culture as the original singles themselves.
.
This post consists of FLACs and MP3's (320kps) ripped from my CD copy (my vinyl has had one too many spins on the turntable I'm afraid) and includes artwork for both formats, along with label scans.
There have been many compilations of America music released over the years but in my opinion this 1975 release is the best as it contains all of their classic hits without the padding found in other 'greatest hit' releases. Oh, and guess what my favourite song is ? 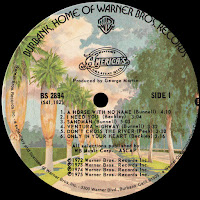