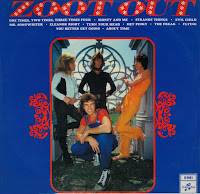 The Zoot was a four piece power pop/hard rock band formed in Adelaide, South Australia in 1966. Darryl Cotton (Aust), Gerard Bertelkamp (Dutch aka. Beeb Birtles) and John Darcy (U.K) came together in 1966, with drummer Teddy Higgins, to form Down The Line - later renamed as Strings Unlimited (with not a violin to be seen!) and then eventually changing their name to Zoot. Each Sunday morning the group would tape the ABC radio replay of British T.V's 'Top Of The Pops' and knock out passable stage versions of unreleased-in-Australia hits by the Move, Small Faces and The Hollies. It was then that they recorded their cover of The Moves hit single "I Can Hear The Grass Grow" in 1967, at the Nationwide Studios in Adelaide.

They played  many clubs and discos around Adelaide, gradually gathering a strong following. As a group, they relocated to Melbourne, Victoria, Australia and performed in several Australian cities under a variety of names. In 1967 they fully adopted the name Zoot. Amongst the more notable members of Zoot were founder Beeb Birtles, Darryl Cotton, and Rick Springfield. 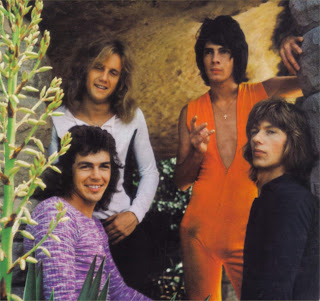 In mid-1968, their management promoted them under the slogan "Think Pink – Think Zoot" – all band members wore pink costumes; Darryl Cotton's car was repainted pink; his pet dog, Monty, had its fur dyed pink; and their main performing venue, Birties Disco, was pink-themed throughout.

Zoot were voted Top Australian Group in teen pop Go-Set magazine's reader poll published in June 1969. Unfortunately they were subject to homophobic ridicule for their use of pink outfits, and on tour in Brisbane, Cotton was injured in an assault by street toughs. Early in 1970 Zoot finally discarded their pink outfits and attempted to shift their image and music towards heavier rock from the earlier teeny-bopper pop In December that year, they released their most successful single, "Eleanor Rigby", which was a hard rock cover version of The Beatles' ballad and by March 1971 it had peaked in the Aussie top five. Go-Set magazine listed Zoot's 'Eleanor Rigby' in it's Top Records for the Year of 1971 at No. 12.

In May 1971, despite the top 30 charting of their next single, "Freak" / "Evol Rock", the group soon disbanded, and all four members moved onto to bigger and better things  [extract from australianmusichistory.com] 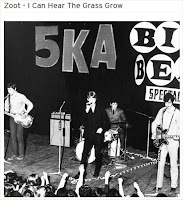 This post consists of FLACs ripped from a recently acquired vinyl copy, found at my local Sunday Flee Market.  To my delight, upon further inspection I found a T.V Week Pin Up Poster of the group inside the album cover  in excellent condition (see scan above).  As usual, full album artwork and label scans are included.
Because the vinyl is in excellent condition, I think this is one of the better rips circulating the traps at the moment. To sweeten the deal, I am also including a very rare recording made by the group back in 1967 called "I Can Hear The Grass Growing", recorded at the Nationwide Studios in Hindley St, Adelaide in 1967. 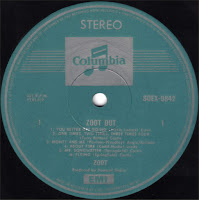 *  First recording by the Zoot (The Move cover), recorded at the Nationwide Studios in Hindley St, Adelaide in 1967 and taken from Big Beat Cellar Scene 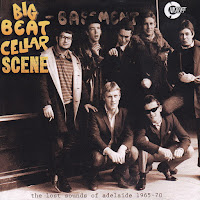