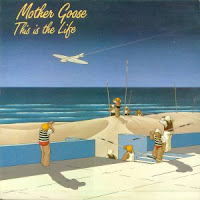 Formed in Dunedin, New Zealand in 1975 and finding themselves rejected by their home country, Mother Goose emigrated to Australia in 1976. Their first single ‘Baked Beans’ was a novelty hit which caused the band many problems in relating to a wider rock audience. Like the Village People, each member dressed in a character’s costume, and their stage choreography meant that the audience were entertained musically and visually.

The band was never able to shake off the novelty image even though its recorded output was of a high standard, and the mime and satire in its stage show had a serious edge. Although Mother Goose released three albums they never achieved significant radio success, despite being one of Australia’s most popular live acts, with a fiercely loyal following.

The band spent 1978-79 in the USA, but record company troubles prevented them making any inroads into that market. On return to Australia the band based itself in Perth. When their third album (as featured here) enjoyed some success in Canada the band moved there, working under the name Landing Party, before returning to Australia to break up in 1984. 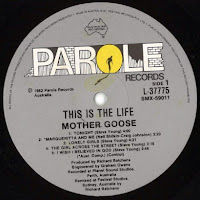 This post consists of both FLACs ripped from my treasured vinyl which I bought when it was first released. Full album artwork is included for both LP and CD. Having seen them perform many times during my University years I was a huge fan and was mortified when I learn't that they had disbanded. But I still have the memories of their crazy stage act and amazing ability to reproduce their album sound 'note for note' when playing live.  This, their third album contains some brilliant tracks with my favourite being the ballad "The Girl Across The Street". Also included is the A-Side single "Find A Way Out" which was released after this album in 1983 and was their last recording before disbanding at the start of 1984.
.
Track Listing
01 - Tonight 4:00 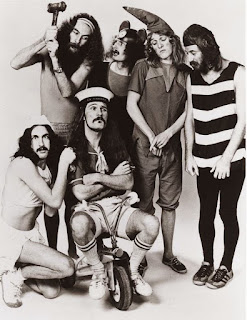