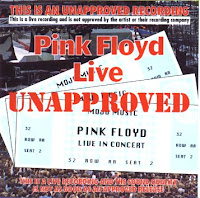 "Why Pink Floyd?" was the rather clever marketing catchphrase that EMI created in 2011 in order to re-launch the back catalogue, perhaps for the last time, of one of rock music's most enigmatic of bands. Being a fan, 'why not?' would be the most obvious answer but it's actually a very thought-provoking question.

Pink Floyd was one of those rare breed of bands that by the mid-Seventies was enjoying colossal album sales, without actually having to do very much at all to sell them. They didn't release many singles, rarely gave interviews, didn't much like the press attending their shows, hid behind banks of special effects on stage, were never regarded as celebrities in their own right, and restricted their touring largely to the UK, northern Europe and North America. The cult of their original front-man Syd Barren also perpetuated a sense of mystique about the band.
By rights their success should never have happened. Were it not for the universal appeal of their 1973 album The Dark Side Of The Moon they may very well have remained as obscure as their former leader.

Certainly Pink Floyd is a band that falls into three distinct phases beginning with the original Barrett-era Floyd in 1966; the mid-Seventies band that saw Roger Waters excel as its creative force in the delivery of several complex 'concept' albums, or those
who viewed David Gilmour's control of the band in its final years as the definitive article. Indeed many fans remain fiercely loyal to those particular phases.

It is also safe to say that Pink Floyd's career has been inactive far longer than it's been active, in part stunted by a rift between David Gilmour and Roger Waters, that has now, fortunately, been healed. Therefore, when Pink Floyd did release an album or tour it became a major event.
It was only under Gilmour's leadership the band reached our to a much wider audience and became the huge commercial success it is today. This has also been bolstered by the remarkable reunion concert with Waters in 2005 at Live 8 coupled with Waters' own relentless touring since leaving Pink Floyd. In fact the success of touring his best known works, The Dark Side Of The Moon and more recently The Wall, has now surpassed even that of his former band.

So, whilst there may not be a Pink Floyd in existence today, they continue to attract a curious and growing fan-base who, either through back catalogue releases or the solo works of its chief protagonists, or indeed books such as the one you are now reading, continue to find Pink Floyd's history compelling and their music as relevant now as the day it was recorded. That's probably why Pink Floyd. [extract from The Treasures Of Pink Floyd, by Glenn Povey, Hertfordshire, 2012  p5]
.
Bootleg Review
This bootleg features Rick Wright, Nick Mason and David Gilmour recorded live from 1987, in either the U.S or Canada. That's right folks - no Roger Waters. If I was going to guess the venue, I'd say the concert was recorded in Chicago, Rosemont Horizon, on 28th Sept, 1987. Although the exact concert source is unknown the track listing most certainly comes from their "A Momentary  Lapse of Reason Tour" (1987 to 1989) in support of their album 'A Momentary Lapse of Reason'. The tour was the band's first since The Wall Tour in 1981, and also the first without the band's original bassist Roger Waters.

Initially, there was a great deal of uncertainty around the tour. Pink Floyd had not played live since 1981, and had not embarked on a full-fledged tour since 1977. Roger Waters left the band in 1985, believing the band would not continue. However, Gilmour and Mason decided to continue as Pink Floyd. Waters threatened legal action against Gilmour and Mason, as well as any promoters who promoted shows as "Pink Floyd." However, by the end of 1987, with the success of the album and first stages of the tour, the new lineup had established itself commercially, and the band reached a settlement with Waters in December.

Having the success of The Wall shows to live up to, the concerts' special effects were more impressive than ever. The initial "promotional tour" was extended, and finally lasted almost two years, ending in 1989 after playing around 197 concerts to about 5.5 million people in total, including 3 dates at Madison Square Garden (5–7 October 1987) and 2 nights at Wembley Stadium (5–6 August 1988). The tour took Pink Floyd to various exotic locations they had never played before such as shows in the forecourt of the Palace of Versailles, Moscow's Olympic Stadium, and Venice, despite fears and protests that the sound would damage the latter city's foundations. The tour marked the first time that the band played in Russia, Norway, Spain and New Zealand, and was the first time they had played in Australia since 1971 and Japan since 1972.

Pink Floyd was the second highest grossing act of 1987 and the highest grossing of 1988 in the U.S.. Financially, Pink Floyd was the biggest act of these two years combined, grossing almost US$60 million from touring, about the same as U2 and Michael Jackson, their closest rivals, combined. Worldwide, the band grossed around US$135 million, making A Momentary Lapse of Reason the highest-grossing tour of the 1980s. [extract from wikipedia]

At the top in red writing there is the disclaimer: This is an unapproved recording. In the middle of the cover is the words Pink Floyd Live UNAPPROVED. Beneath all this is a crappy picture of a blue and white concert ticket which, (wait for it!) says; Pink Floyd Live in Concert. Finally beneath everything is the crowd and a stage.
. 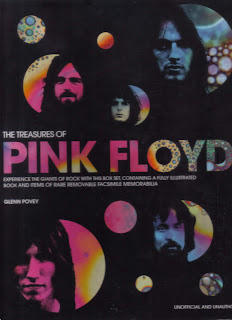 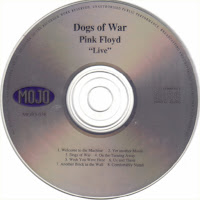 Posted by AussieRock at 9:09 PM