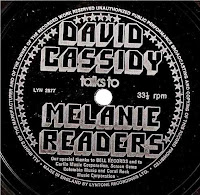 David Cassidy was a teen and pre-teen idol who starred in the 1970's sitcom 'The Partridge family' and sold millions of records as the musical group's lead singer.

The Partridge Family aired from 1970-74 and was intended at first as a vehicle for Shirley Jones, the Oscar-winning actress and Cassidy's stepmother. Jones played Shirley Partridge, a widow with five children with whom she forms a popular act that travels on a psychedelic bus. The cast featured Cassidy as eldest son and family heartthrob Keith Partridge. 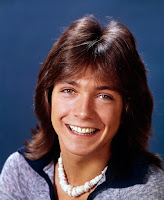 Cassidy went on to a hugely successful solo career as a singer and pop idol. He was extremely popular in Australia too, with singles I Think I Love You and Cherish hitting the number one spot on the charts.


The Partridge Family never cracked the top 10 in TV ratings, but the recordings under their name, mostly featuring Cassidy, Jones and session players, produced real-life musical hits and made Cassidy a real-life musical superstar. The group also reached the top 10 with "I'll Meet You Halfway" and "Doesn't Somebody Want to be Wanted".

According to Cassidy's official website, he caused "such mass hysteria" that several countries, including Australia, "threatened to throw him out of their country as a 'health hazard'".
In his life, Cassidy endured personal and financial troubles. He was married and divorced three times, battled alcoholism, was arrested for drunk driving and filed for bankruptcy in 2015.

In February 2017, after falling down during a concert, Cassidy revealed that he was living with non-Alzheimer’s dementia – the same condition his mother Evelyn Ward had suffered from, and the prevention of which he had campaigned for after her death.

On 18th November, it was announced that Cassidy had been hospitalised with organ failure in Fort Lauderdale, Florida, and was in a medically induced coma awaiting a liver transplant.
Sadly, Cassidy died at the age of 67 from organ failure, on Nov 22, 2017
. 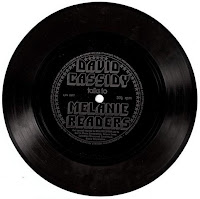 Taken from a Flexi Disc that I found inside the cover of his Cherish LP and ripped to MP3 (320), this find certainly ticks the Obscure box for this month's WOCK on Vinyl post.  Scans and associated photos are also included.  I'm sure there are plenty of mature 'young' ladies out there who remember idolising this pop star and it is fitting that Cassidy be honoured here for his contributions to Teen Pop.
.
In between his spoken messages are the following songs:

Posted by AussieRock at 9:59 PM