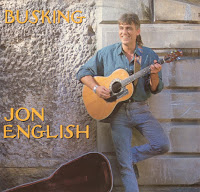 If Jon English had concentrated on just one aspect of his energetic assault upon Australian entertainment his place in the upper echelons of our cultural fabric would be assured. That he hurled himself, from his teens, into every creative environment that came his way or took his fancy established him over decades as an almost cyclonic force of breadth and diversity. His was a constant and reliable presence.

He came at us in a rush, with a cracking humour to match his enthusiasm, as a roaring pub rocker and bandleader; a prolific and highly successful recording artist; a stage actor in everything from rock operas to Gilbert & Sullivan operettas to rollicking mainstream musicals to David Williamson dramas; a television star and host; a record producer; and even as an ambassador for a Save The Tasmanian Tiger breeding program. It has been said that those spun into his orbit had no desire to escape. 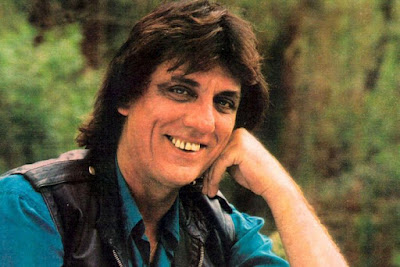 English, born 26 March, 1949, was raised in Hampstead, England and arrived in Australia, along with siblings Janet, Jeremy and Jill, in the wake of a father whose job with KLM air cargo division landed the family in Sydney. The 12-year-old was besotted by the British pop explosion, his enthusiasm becoming manic when Janet took him to Sydney Stadium to see the Beatles in 1964.

He taught himself piano with a smattering of bass and drums and at Cabramatta High School formed a series of bands, becoming the lead singer of the Sebastian Hardy Blues Band, who would evolve into the internationally regarded symphonic progressive outfit Sebastian Hardie.

A year below him was Carmen Sora, whom he married in 1969 at age 20. When impresario Harry M. Miller, fresh from success with Hair, brought the rock opera Jesus Christ Superstar to Australia, he and director Jim Sharman auditioned some 2000 applicants for the role of Judas Iscariot, handing the plum job to the migrant kid from Cabramatta. Lyricist Sir Tim Rice has said "I will always be grateful to him for his original and powerful interpretation of the role."


English would play Judas for more than 700 performances, returning to the musical in 2012 for a stint as Pontius Pilate. In the years that followed he would be seen in Ned Kelly, Bacchoi, Rasputin, Big River, Noises Off, A Funny Thing Happened On The Way To The Forum, Are You Being Served?, Dad's Army, Hairspray, Spamalot and his Gilbert & Sullivan triumvirate – The Mikado, H.M.S. Pinafore and, most memorably as the rapacious Pirate King in The Pirates of Penzance (which he delivered on stage more than 1000 times).
For all his theatrical flair he could not be separated from the rock and soul of his childhood and from his love of performing in grimy pubs and beer barns with the Jon English Band, the Foster Brothers, Duck, Pulsar, Baxter Funt and his old comrades Sebastian Hardie.

From his debut 1973 solo album 'Wine Dark Sea' and its sequel 'It's All A Game', English proved to be a formidable chart star, with a string of memorable hits, brooding in their intensity – Handbags and Gladrags, Turn The Page, Hollywood 7, Behind Blue Eyes, Words Are Not Enough, Get Your Love Right and Hot Town – that would find their way to a top five double 'best of ' album English History. 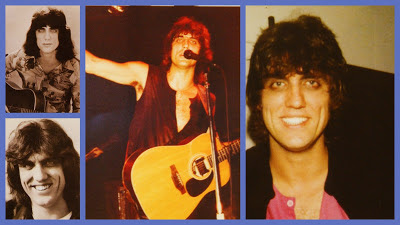 The most successful hit, recorded with Sebastian Hardy's leader Mario Millo, was the lilting Six Ribbons which captured public imagination not only in Australia but across Scandinavia. English had been a familiar face on the small screen before that series, turning up in the likes of Matlock Police, Homicide and Chopper Squad. There was a drug-crazed hippie look, with piercing eyes, that he perfected for such parts, with him once tossing off: "I can't help it if I look like I could axe murder my mother!"

His familiarity with television paid off when he was cast as the hapless, dazed'n'confused rocker Bobby Rivers in All Together Now, alongside Rebecca Gibney, which ran for more than a hundred episodes. He was cast as the male lead in the 1980 film Touch and Go and also notched up roles in the film Walk The Talk and was seen as Old Troy in the 2008 children's series Time Trackers.


A portrait of him, by Danelle Bergstrom, took out the Archibald's Packing Room Prize. English's run of consistently well-received albums continued well into the 80s – with such outings as Calm Before The Storm, Inroads, Beating The Boards, Jokers & Queens (with Marcia Hines), Some People, Dark Horses and the featured album 'The Busker' commanding rock respect.

In 1974, English had co-written, with Roy Ritchie, the ballet Phases, which was performed by the NSW Dance Company at Sydney Opera House. He had long harboured a fascination for Trojan War mythology and by 1990 had worked with expatriate record producer David McKay on his own rock opera Paris (Prince of Troy).

The soundtrack album, recorded in England with the London Symphony Orchestra and London Philharmonic, with such guests as Barry Humphries, Demis Roussos, John Waters, Philip Quast and Doc Neeson of the Angels, won him and McKay a 1991 ARIA Award. It was to English's considerable regret that he was not able to seriously mount the musical on stage.

Over the past decade English recreated the pub rock of his early years, fronting versions of The Rock Show at venues such as Sydney's State Theatre, with a string of promising young performers he came upon at a music college bringing to life classic music from an array of the rockers who shaped him – the Who, Rolling Stones, Elton John, Bob Dylan, Led Zeppelin and their contemporaries.
In 2012 he was at the Swedish Rock Festival backed by hard rock band Spearfish. At around the same time he took to the stage playing the lead in The Removalists. The contrasts, of course, did not appear to concern him for a moment. 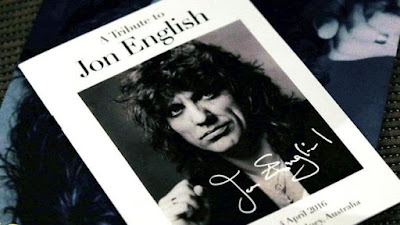 A mainstay of Australian entertainment for more than 50 years, Jon English was in the midst of his customary busy schedule of booked shows when he had complications from heart surgery following a fall. He died, two weeks short of his 67th birthday, surround by his family. [extract from the Sydney Morning Herald]
. 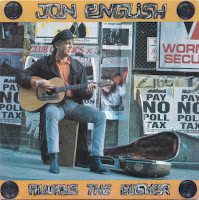 This post consists of FLACs ripped from my newly acquired CD copy of this amazing album.  Found at my local Flee Market for the pricely sum of $2, I think I got a good deal if I compare it to the asking price on eBay (sit down before you follow this link).
Full album artwork for both CD and Vinyl is included along with label scans. Thanks to my good friend Mort Adella over at Vinyoleum, I have also included the non-album B-Side track "Love Goes On" as a bonus track.   In my opinion, this is one of Jon's strongest albums and was definitely the impetus for his soon to follow Rock Musical  - Buskers and Angels which is also worth a listen.
.
Tracklist
01 Always The Busker 4:27
02 Love Hangs By A Thread 4:33 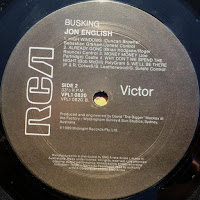