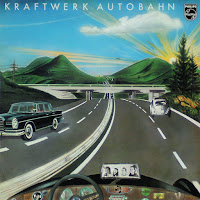 No other German band has been of such importance to the development of international rock music as Kraftwerk have. This aspect of their career is well documented elsewhere, so I will concentrate on their early years.

In the Summer of 1970, Ralf Hutter and Florian Schneider finished their own "Kling-Klang" studio in Dusseldorf. The purpose was to experiment with electronics and new sounds without the pressure of limited studio time. For the recording of the first Kraftwerk album in the Summer 1970 they were helped by two percussionists: Klaus Ginger and Andreas Hohmann. The record company Phillips were apparently quite open minded about experimental music at the time, as they signed groups like Cluster, Zweistein and Kraftwerk within months (late 1970 to early 1971). 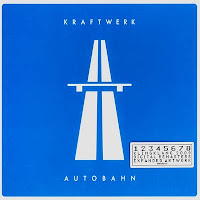 Kraftwerk I was released in November 1970. It was a landmark of experimental music featuring Hutter's organ sounds, Schneider's flute and violin and manipulated percussion. "Ruckzack" was an experiment of musical scales and flute riffs over a strong and hypnotic rhythm backing. Indeed this was the reference point from which their characteristic "kling-klang musik" gradually evolved during the following years. "Megahertz" was filled with slowly evolving musical clusters while "Stratovarius" and "Vom Himmel Hoch" were more violent and atonal. It wasn't really an "electronic" album, as no synthesizers were in use. Instead Kraftwerk used the sounds of electronically-manipulated oscillator, organ, flute, violin, bass, guitar, drum and percussion. 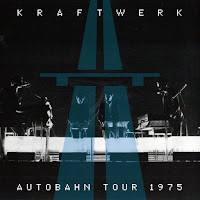 Considering the unconventional music included on the album, the sales in Germany were stunning: more than 50,000 copies were sold and it also peaked at Number 30 in the national pop charts. Occasionally Kraftwerk performed live in 1970 as a quintet with Michael Rother as the fifth member. Hutter und Schneider recorded the next album Kraftwerk 2 as a duo in 1971. This time the result was more mixed. The track that strongly pointed forward was the excellent "Klingklang". A suitable name for 17 minutes of improvisation upon an electronic rhythm backing, gradually changing pitch. This was a development of the musical idea for "Ruckzack" - Kraftwerk's patented klingklang-music was born! The rest of the album was filled with brave experiments, though some of them failed, such as the dissonant and noisy musical associations of "Atem" ('breath'), "Strom" and "Tonwelle" which included added sound effects. This album also charted in Germany, peaking at Number 36.

At the beginning of 1972, Kraftwerk performed live in France and Germany with Emil Schult, later their lyrics writer, and Plato Riviera. Schult also made a comic insert for Kraftwerk's next album Ralf + Florian (1975). A far more accessible album, where their klingklang music for the first time also became "Tanzmusik" (song title)! Other great tracks were "Kristallo" and "Ananas Symphonie", showing some of Kraftwerk's most romantic sides ever. 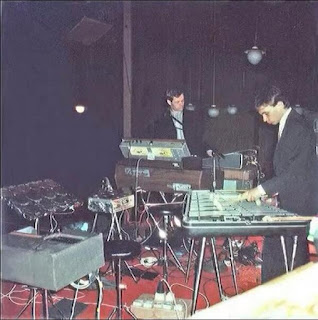 As most of you already will know, the next thing to come was Kraftwerk's big commercial breakthrough, in Germany, the USA and UK with the album and particularly the single "Autobahn". This was an edited version of the 22 minute title track occupying side one of the album, a major electronic opus dealing with the monotonous German motorways. The synthesizer harmonics in the main theme line were simply irresistible. This was the first time Kraftwerk used naive but effective lyrics and vocals. Two other fine tracks of the album, "Kometenmelodic 1 & 2", were already available in 1973 as a single.

For an ambitious USA tour (April to June 1975) Kraftwerk were expanded to a quartet, featuring Karl Bartos and Wolfgang Flur (both playing electronic percussion). For months a collective group image had been carefully planned and constructed - one of four young men with short, clean-cut hair and identical ties and suits. Soon several stupid and ignorant articles in the press formulated such questions as: 'Kraftwerk - men or machines?'. The group has retained this 'man machine' image ever since to keep the sensation-fixed press continually amused. Radio-Aktivitat (released December 1975) was their first album to appear in both a German and an English version. This was a schizophrenic kind of concept album, toying with the equivocal meaning of the title and thus dealt with both Madame Curie's dangerous inventions and the more harmless radio waves. The title track became a new hit single in several European countries, but it surprisingly flopped in UK and the USA. The album was filled with both tuneful miniatures and noisy oddities.

In the Autumn of 1976 the quartet set out on a major European tour. For the rest of the year Trans Europe Express was recorded. Here they concentrated fully on making intelligent, rhythmic and danceable pop songs, exclusively with electronic equipment. It was a classic within this field, cultivated and perfected in the studio down to the smallest detail. This really pushed the British synthesizer-pop boom to take off around 1979.


Album Review
Autobahn is an iconic record made up of several essential elements: the graphic motorway symbol on the cover, the slamming of a car door and starting of an engine that precede the music, the rasping vocals and the whoosh that imitates the approach and passing of cars. It’s a 22-minute synthetic symphony to the possibilities of road travel that combines seemingly innocent enthusiasm with a note of deep caution.

Its melodic progress and the sheer pleasure taken in exploring the sonic possibilities of the newly available synthesizer make it as accessible to an eight-year-old as the most wizened critic. Although the lyrics of the title track hint briefly at the presence of nature in the sun’s glittering rays and the green edge of the motorway, it’s roundly addressed by the suite on the original B-side of the record. Although less familiar, the four instrumentals represent a counterbalance to the harsh industrial daylight of Autobahn. They trace a journey that takes in night-time comets, an eerie midnight and ends with a morning walk serenaded by flutes and acoustic piano. 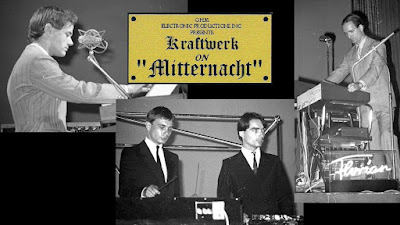 The motorway is an all-too-familiar presence in our lives, but listen to parts of the title track – for example, the passage that begins 10 minutes in – and it’s clear that Kraftwerk are holding up a mirror to the world to reveal its strangeness. Although the group have occasionally been chastised for failing to present a more critical perspective, Autobahn’s deliberate ambiguity is an essential aspect of art and has ensured its longevity 35 years after its original release. 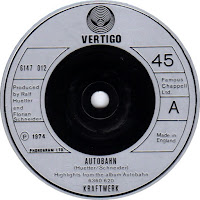 Autobahn is the first of eight albums that Kraftwerk have chosen to re-master and re-release. Although a controversial decision in some quarters, its predecessors Kraftwerk 1 and 2 are lesser works that lack the thematic unity and musical distinction of the rest of the group’s oeuvre. As with the other reissues, much effort has clearly been devoted to the remastering and presentation of the work and the uniting of Emil Schult’s illustrations with the UK motorway symbol is particularly satisfying. Absolutely essential. [Reviews by Colin Buttimer 2009 BBC]
. 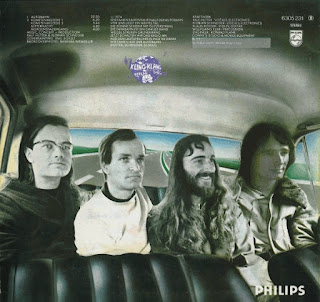 This post consists of FLACs ripped from my vinyl copy which has
been in my collection for over 40 years. Side-A has been played more times than I can count, but still sounds as crispy as the day it was first pressed.  Full album artwork is included along with label scans. I just love the Vertigo label on which it is pressed, especially with its 'War of the Worlds' look and feel.  One anomaly I've noted is that the back cover indicates that the album was released 1974, yet the record label specifies 1975, which is confusing.
Anyhow, buckle up folks and start your engines, remember to keep left on the Autobahn and enjoy your ride with this classic German masterpiece.
.
Track Listing
01 - Autobahn          22:30 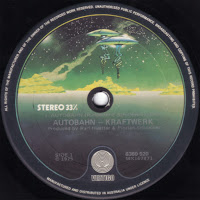