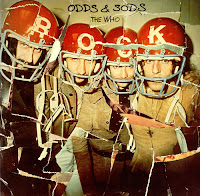 The original ODDS & SODS album was compiled by John Entwistle and in what was seen as an innovative move at the time, the titles of the songs were written in Braille on the rear sleeve. Sadly, my Track Record print does not have these interesting feature. A poster and lyric sheet were included in the package, together with extensive liner notes by Pete Townshend which took the form of a track-by-track explanation (see below), and a longer form of which was published in New Musical Express, issue dated September 21, 1974.

ODDS & SODS was The Who’s attempt at clearing the decks. Over the years they’d recorded many songs that were never released, though some of them  notably ‘Naked Eye’ and ‘Pure And Easy’ had been played live and were well known to fans. The original album included 11 tracks, some remixed or remastered versions of which appeared as bonus tracks on other CD upgrades. 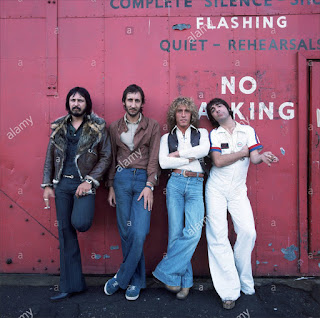 The remixed and remastered CD consisted of a single disc but expanded by 12 bonus tracks. The intent was to make a number of compilations redundant while keeping with the original spirit of collecting together various Who curios. With the large number of bonus tracks possible on the CD format, the original sequence was changed to attempt to follow the chronological order of recording. The original recordings were produced by The Who, Pete Townshend, Kit Lambert, Jack Baverstock and Chris Parmenter (see individual tracks for details). The reissue was produced by Jon Astley with remixes by Andy Macpherson at Revolution Studios. ODDS & SODS reached #10 in the UK and #8 in the US. Original sleeve concept by Roger Daltrey. Design and photography by Graham Hughes.
.
ODDS & SODS
While Roger Daltrey was groping round the Tommy film set playing (rather masterfully) the part of the deaf dumb and blind kid himself, while Keith Moon was dressed in a dirty raincoat drinking Guinness with a raw egg and flashing at passers by, while I was ensconced in its studio, John Entwistle, with a little help from his friends, was rooting about in the mountain of unmarked tape boxes at Track Records. He came up with this remarkable collection of unreleased oddities, impulsively labelled "ODDS & SODS" by Roger. I'm going to tell you all why they were never released in the first place.

Postcard is a John Entwistle song about touring on the road. He describes in luscious detail the joys and delights of such romantic venues as Australia, America and Germany. Listen out for the field sound effects actually recorded in the countries we toured. Postcard was originally recorded in my house for a maxi single. They were EPs that only cost as much as a single. Ours unfortunately never got released!  I engineered this one with one hand on the controls and the other on the guitar. That's why I only play one chord throughout the whole song.

Produced by The Who at Petes own Eel Pie Sound sometime during the spring of 1970.

Now I'm A Farmer is from the same bale of hay, recorded at home for the EP. It's a song, all about the good life out in the fields growing those fantastic ornamental gourds that you can use to...... to...... to make gorgeous fruit bowl arrangements. See if you catch the immensely subtle reference to the "Air" in this song. This track is from the period when The Who went slightly mad, we put out several records called "DOGS", and at least one about finding 'ones' inner self. Gourds mate, that's the secret of life...... GOURDS.

Produced by Pete Townshend at Eel Pie Studios during spring 1970.

Put The Money Down is one of the tracks recorded by the illustrious Glyn Johns for us. Terrific sound, beautifully recorded. Wonder what group he used ?

Produced by The Who, associate producer Glyn Johns, at Olympic Studios, on 6 June 6 972. This track remained uncompleted until 1974 when Roger finally finished the vocal so it could be included on the original ODDS & SODS. 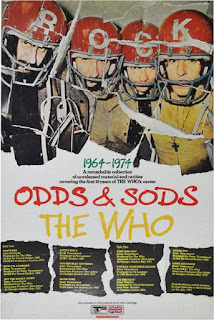 Little Billy.  Now if I might take a little liberty here, this is a masterpiece. Written and recorded for the American Cancer Society in exchange for world wide success and fame it ended up not saving lives, but mouldering unheard in some executive's office for six years. "Its too long" he said. I really hate him because he jilted me, the swine. But, as you can hear. Little Billy is doing fine, just fine.

Too Much of Anything. A song about temperance in all things. The insidious horror of excess. This track was a song recorded in the "Who's Next" sessions by Glyn Johns for the LIFE HOUSE film which never happened. We felt this summed up just what too much of anything could do to a person.

Produced by The Who, associate producer Glyn Johns, at Olympic Studios, during May 1971. 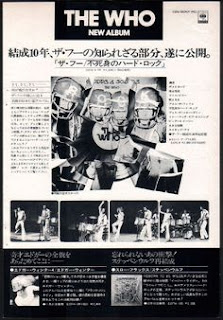 Glow Girl. I'm really glad, and amazed that John found this one and put it on. It's a Rock and Roll airplane crash song with a real Pop art plane crash and a happy reincarnation ending. I wrote another song with a similar title called "Glittering Girl". Both ended up on the cutting room floor. This track reveals a lot about the way I write. I rarely leave any good idea unused, Real themes crop up in Tommy, and so do the last lines of this. Only of course Tommy was a dear little boy.

Original recording produced by Kit Lambert at De Lane Lea Studios, January 1968 and completed on 11 February. Within GLOW GIRL lie the seeds of TOMMY: it closes with the opening lines from IT’S A BOY, albeit referring to a girl… Its a girl, Mrs Walker…

Pure And Easy. This you might know from my solo album. This is the group's version. Not all of the group's versions of my songs are as faithful to the original demo as this one, but as usual the '00' make their mark. Another track from the abortive LIFE HOUSE story. It's strange really that this never appeared on WHO's NEXT, because in the context of stuff like SONG IS OVER, GETTING IN TUNE and BABA O'RILEY it explains more about the general concept behind the LIFE HOUSE idea than any amount of rap. Not released because we wanted a single album out at the time.

Produced by The Who, and associate producer Glyn Johns, at Olympic Studios, in May 1971.

Faith In Something Bigger.  God I don't know where to hide. Well I mean, the whole thing about HIM is that HE is everywhere isn't HE? Anyway, the whole idea is preposterous, something, something bigger than US?  US!  THE WHO! A quick listen to this fads will bring us quickly down to size I can assure you.

I'm The Face. Quite simple, our first record release. Words by Pete Meaden mod miracle man with Desert Boots blue beating and randy female pop writer on every page of his address book. Superb jazz guitar solo from somebody I don't recognise, fast piano from some pilled up lunatic who probably made more in session fees that day than we did from the ensuing years work. Best of all on this for me is Jack the Barber's hand clapping and John's amazing 'ZOOPS' on the bass.

Original recording produced at Philips’ Studio, London, in June 1964 and produced by Jack Baverstock and Chris Parmeinter. The Whos first single, released on 3 July 1964 when they were known as The High Numbers. The lyrics were written by their then publicist Meaden and set to the melody of Slim Harpos GOT LOVE IF YOU WANT IT. It failed to make the charts and Fontana did not take up the option on a second single by The High Numbers. I’M THE FACE was part of the original ODDS & SODS in 1974 and was reissued as a single on Polydors Back Door label in 1980. The original single on the Fontana label, however, has since become a valuable collectors item, with mint condition copies selling for vast sums of money. 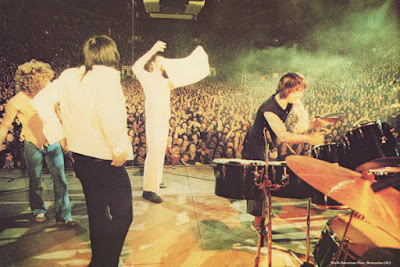 Naked Eye. Another track from the EP. This number was written around a riff that we often played on stage at the end of our act around the time we were touring early TOMMY. It came to be one of our best stage numbers, this was never released because we always hoped we would get a good live version one day.

This is the version recorded at Eel Pie Studio and produced by Pete in spring 1970. 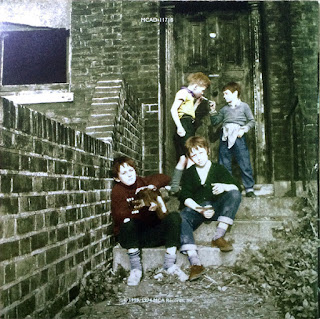 Long Live Rock. Well there are dozens of these self conscious hymns to the last fifteen years appearing now and here's another one. This was featured briefly in the film for which Keith made his acting debut, 'That'll Be The Day'. Billy Fury sang it. This is most definitely the definitive version. I had an idea once for a new album about the history of The Who called ROCK IS DEAD - LONG LIVE ROCK. That idea later blossomed into QUADROPHENIA.

All of these tracks have been part of bigger ideas, or at least grand dreams that didn't see the light of the day.  [Taken from album insert sleeve. Notes by Pete Townsend, with additional info in italics] 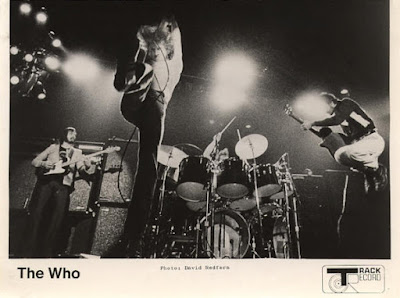 This post consists of FLACS ripped from my TRACK vinyl which I purchased from Reading Records back in the late 70's.  It is still in its shrink wrap and in A grade condition. One of my favourite Who albums, this compilation is a must for all music collectors.
Full album artwork for both vinyl and CD is included, along with label scans.
. 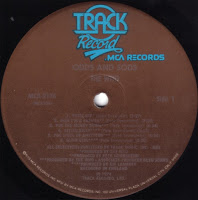 The Who:
Pete Townshend (guitars, vocal)