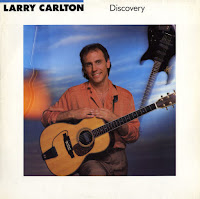 Perhaps more than any other guitar player, Larry Carlton helped create and define the West Coast guitar sound of the 70's, having played on over 3000 sessions and over 100 gold albums by such stars as Steely Dan, Quincy Jones, Joni Mitchell, Linda Rondstadt, John Lennon, Barbara Streisand, Neil Diamond and Christopher Cross. Larry's talents stretched into television, garnering four Grammy nominations, winning with Mike Post for "Hill Street Blues." His soundtrack credits include "Against All Odds."

Carlton gained distinction for the unmistakable and often imitated "sweet" sound he delivered with his Gibson ES-335. He also broke new ground with his new trademark volume pedal technique, eloquently displayed in his featured performance on ­ Crusader One with legendary jazz/rock group The Crusaders in 1971. 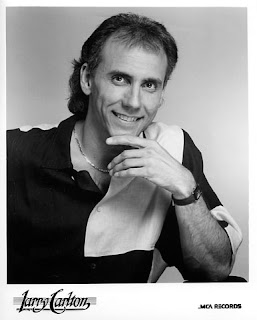 During his tenure with The Crusaders (through to 1976), Carlton performed on 13 of their albums, often contributing material. In 1973, Carlton released his second solo project, 'Singing/Playing', on Blue Thumb Records ­ aptly titled, as he not only played guitar, but also performed vocals on eight tracks.

Before he transitioned completely to a solo career, Carlton became one of the most in-demand studio musicians of the past three decades.
As his association with the Crusaders began to draw to a close, Carlton signed with Warner Bros. Records in 1977. Between ’78 and ’84, Larry recorded six solo albums for Warner Bros. Records:  Mr. 335: Live In Japan, Friends; Eight Times Up; Sleep Walk; Strikes Twice; Larry Carlton. The latter self-titled album was released hot on the heels of his debut session with rock supergroup Steely Dan. Rolling Stone magazine lists Carlton’s tasty ascent on Steely Dan’s Kid Charlemagne as one of the three best guitar licks in rock music. 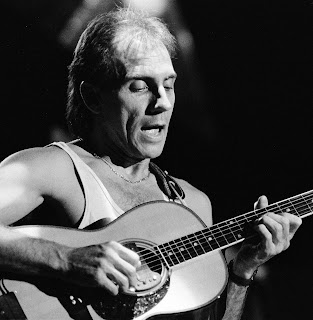 After thirteen albums with the legendary Crusaders and numerous Steely Dan sessions, Larry's solo career has expanded his worldwide reputation as an artist/producer of great sensitivity and high standards. In 1985 he was approached by the newly formed MCA Master Series to consider doing an acoustic jazz album. His first release for the new label was 'Alone, But Never Alone', a consensus No. 1 album on the Radio & Records and Billboard Jazz charts.

Larry continued studio session work and touring in between, emerging again in 1986 on MCA Records with an all-acoustic album, 'Discovery', which contained an instrumental remake of Michael McDonald’s hit, "Minute by Minute." The single won a Grammy Award for Best Pop Instrumental Performance in 1987. Carlton’s live album, Last Nite, released in 1987, got him a Grammy nomination for Best Jazz Instrumental Performance.
.
This post consists of FLACs and MP3's (320kps) ripped from my prized 'MINT' vinyl and includes artwork for both vinyl and CD, plus label scans.  I was ecstatic when I found this album in amongst a pile of classical albums at a garage sale recently, still sealed in its shrink wrap and still as new as the day it was first pressed. What makes this find even better is the quality of the pressing - a special Audiophile custom pressing using premium virgin vinyl as part of the MCA Master Series.  The quality of the recording is amazing and Larry has once again demonstrated why he is considered to be the king of the West  Coast guitar sound.  As much as the Doobie's cover "Minute by Minute" is the highlight of the album (on which Michael McDonald plays keyboard), the remaining tracks hold their own making this one of Larry's best acoustic releases.
.
Track Listing 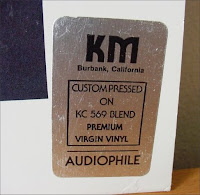