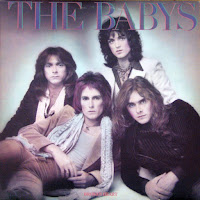 The Babys' five album career spanned from 1976 through to 1980 but realised only two major hits — one of which, "Isn't It Time", is included on this, their second album.
The bands 'pretty boy' image was a calculated move but never took into account the overwhelming emergence of punk and as a result, the band led by English vocalist John Waite, was perceived as being stale, flat and faded.
Waite eventually carved out a fairly successful solo career, peaking with the emotive "Missing You", an Australian top 10 single in September 1984.

In hindsight, the comparisons between the Babys' and The Rasberries' careers are numerous, in so far as both are fondly remembered but at the time contemporary music was moving away from their respective images, a sad predicament, as the music, when all is said and done, should have been sole consideration.
.
Album Review
Broken Heart is a deceptively heavy combination of 70’s AM pop and FM muscle, and definitely the most satisfying listen in The Babys catalog.  This is a big, symphonic stab of searing guitar rock and sugar-laden pop gems. 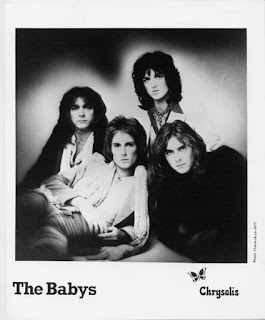 Starting off with orchestral arrangement of “Wrong or Right,” John Waite’s voice is in impeccable form.  No matter where the guy took his music, no one can claim that Waite can’t sing, and here’s he’s inspired.  Over a gently strummed acoustic guitar, strings rising and falling in the background, Waite sings, “when he takes you babe/oh when he loves you babe/my whole world comes apart/when he loves you babe” with dripping feeling.  Nothing maudlin or whiny about it, this is the song of a man who’s heart and soul are torn apart by the loss of a woman. We've all been there, and Waite captures it dead on.  Then, midway in, when the band kicks in, the song elevates to a powerful mid-tempo rocker with a great and steady groove.  Guitars slash in amongst the strings, leading up to a true searing solo. Throughout the melody is captivating.  A truly stunning album opener.

Then, lest you think you got the album pegged as AM radio fodder, “Give Me Your Love,” percolates out next all mean, dirty, and nasty.  Nevison really spins the dials well here with a huge drum sound and a surprisingly heavy guitar tone.  Sure the lyrics are sappy 70’s pap, but there’s nothing sappy about those end-verse spasms of Stocker’s guitar.  Taking a tip Nevison must’ve picked up from working with Schenker on Light’s Out, Stocker totally surprises here.  Bring on that big drum sound and this is a true heavy melodic rocker of the first order.  “And If You Could See Me Fly,” is also totally huge in its sound; big and raucous and totally sleazy in guitar tone.  Waite really breaks it down to gruff up a rock-and-roll vocal here and I don’t know what Tony Brock is pounding on but his drums sound like they’re being beaten by ogres. Another big-time rock guitar riff and some more inspired electricity coming from Stocker’s fingertips and this song is simply mean and nasty. Perhaps more nasty than you ever thought The Babys could be. 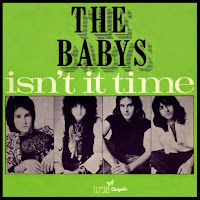 And in between these two slabs of AM metal, we get the sublime beauty of “Isn’t it Time.” Following a delicate piano intro, Waite again sounds pristine. Bring in the flurry of gospel-tinged female backing vocals, raise the whole affair in a fury of strings and drums to that knock-em out chorus and we’ve got one of the best “lost” songs of 70’s radio. Forget the band on this one; this is all Waite carrying the song, giving his most soulful performance through 4:03 of pop perfection.

Perhaps one of the most unexpected aspects of the album is the weight of it.  If you were expecting that The Babys were simply bright AM fluff, you got another thing coming.  Think back to UFO’s "Lights Out" and think about how that album felt like no other of the day.  A certain melancholy and meatiness to it, a dark sobriety.  That’s all here again. Whether on the fun-as-a-kick-in-the-ass pop rocker of the title track “Broken Heart,” the gentle orchestral strains leading to the crunch of the power ballad, “I’m Falling,” the street-wise grit rock of “Rescue Me,” or on their big UFO “Love to Love”-stab at epic rock “A Piece of the Action,” Broken Heart is an infinitely listenable album. Waite never lets up on those stellar vocals and while you may not think of The Babys as a guitar band, Wally Stocker has got the chops to prove you wrong. 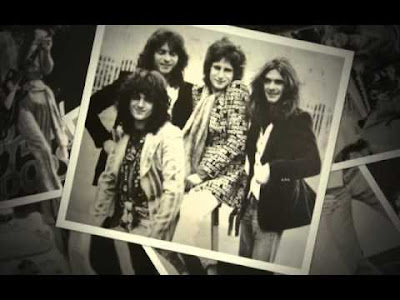 Don’t go here expecting riff mad 70’s metal.  What we got is much more refined than that, and certainly more pop friendly.  But also don’t let the poppiness sway you, for on Broken Heart, The Babys show that in their heart and crotch they were truly a rock band, and a formidable one at that. [Review by Racer]
. 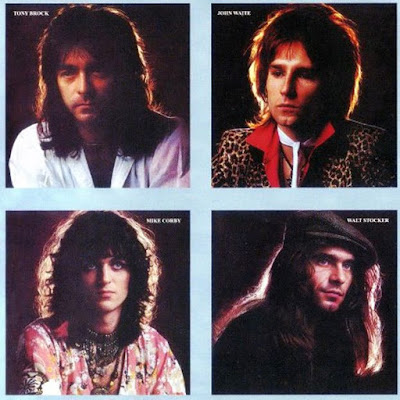 This post consists of MP3's (320kps) ripped from CD and includes full album artwork from both LP and CD.  This album is a classic in my books and was a total surprise when I purchased the LP while "Isn't It Time" was still circulating on top of the Australian charts. With the exception of the filler track "Silver Dreams" (which wasn't even sung by John Waite) every track on this album is a killer and showed that The Baby's were more than just a one hit wonder.  I then pursued their first album which wasn't far off the mark and will also post this album in the near future, However, their follow up albums never really made the grade and I soon lost interest in the band.
Anyhow, if you haven't heard this album then 'Isn't It Time' you did ?
.
Track Listing 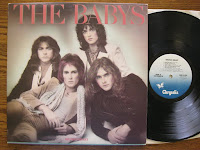 * Includes bonus video click "And If You Could See Me Fly"