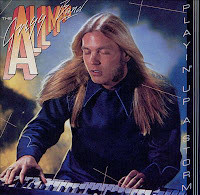 Born in Nashville, Tennessee, Gregg Allman was known for his long blond hair. He was raised in Florida by a single mother after his father was shot to death. Allman idolised his older brother, Duane, eventually joining a series of bands with him. Together they formed the nucleus of The Allman Brothers Band. The original band featured extended jams, tight guitar harmonies by Duane Allman and Dickey Betts, rhythms from a pair of drummers and the smoky blues inflected voice of Gregg Allman. Songs such as Whipping Post, Ramblin’ Man and Midnight Rider helped define what came to be known as Southern rock and opened the doors for such stars as Lynyrd Skynyrd and the Marshall Tucker Band. 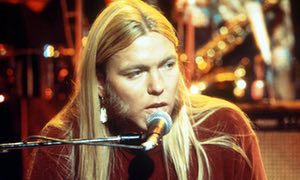 In 1975, Cher and Allman married three days after she divorced her husband and singing partner, Sonny Bono. Their marriage was tumultuous from the start; Cher requested a divorce just nine days after their Las Vegas wedding, although she dismissed the suit a month later.

Together they released a widely panned duets album under the name Allman and Woman. They had one child together, Elijah Blue, and Cher filed for legal separation in 1977. He recorded his second solo album, 'Playin' Up a Storm', with the Gregg Allman Band, and it was released in May 1977.

Sadly, Allman recently passed away (May 27, 2017) at the age of 69 of complications from liver cancer.

Album Review
'Playin’ Up A Storm' is the debut album under The Gregg Allman Band title and is Greg Allman’s overall second effort outside The Allman Brothers Band. “Playin’ Up A Storm” was released in 1977 on the Capricorn label and was produced by Lenny Waronker and Russ Titelman. 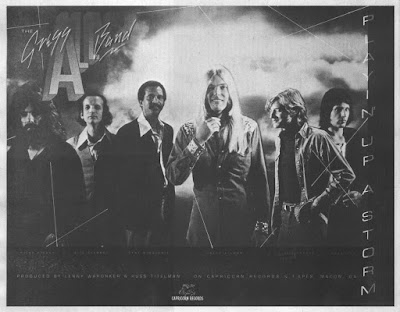 According to my research “Playin’ Up A Storm” didn’t receive much attention back in 1977 despite Gregg Allman already being an established household name. I think it’s truly a shame it wasn’t represented and supported more back then but it’s even more saddening to know that almost 40 years later “Playin’ Up A Storm” is still practically under the covers.

“Playin’ Up A Storm” is a well blended mixture of Southern Rock, Pop, Blues, Jazz and some Soul. Consisting of nine tracks, the album has a very pleasurable and easy listening flow from start to finish. I think the musicianship is top notch, Gregg’s vocals are inviting and the production is both clear and polished. 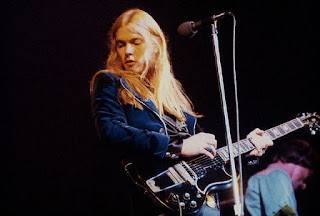 There wasn’t a song that I found to be less likable than the other, in my opinion this album is a very solid effort from The Gregg Allman Band. There is one song that's had slightly more of an impact on me which is track five “Cryin’ Shame”. The song starts off low key with a hint of guitar, a smooth bass line, a friendly drum beat and a lonesome sounding keyboard while Gregg Allman's voice floats over top talking about the familiar tale of heartbreak. When the chorus comes around the band becomes more lively and both a organ and backup singers are then added to the mix. The song continues to build momentum and grab your interest more from there. The sweet spot of the song in my opinion is the keyboard solo more towards the end, it’s like golden rich honey pouring out of your speakers. 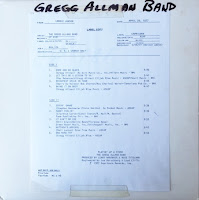 I do enjoy the album artwork, it’s simplistic and works but I also think it showcases how intimate the music is. A nice action shot of Gregg Allman is the main centerpiece showing his eyes closed and his fingers exploring the keyboard before him. Gregg having his eyes closed I think represents the intimate and soul touching, feel good music that lies ahead for the listener. Another attractive element of “Playin’ Up A Storm” is its long list of credits which include Dr. John and Ray Charles just to name a few. Those two paired with Gregg Allman makes a great threesome already but then add the other musicians and features of the album and you’ve got one genuinely great piece.

“Playin’ Up A Storm” is a gem of my album collection that I pull out from time to time and it never ceases to entertain. If you’ve heard of this album before but don’t recall its sound or passed it over back in the day, give it another shot. Or if you’ve never heard of it, treat yourself to some great music, go give it a listen. [review by By Daniel Watts at PhillyRockRadio.com]

.
This 'whipping' post consists of FLACs and MP3's (320kps) and full album artwork from vinyl and CD media.  I purchased this album second hand in my late teens and always remember how impressed I was when I first heard the album. It was very different to the Allman Brothers material that I had heard previously, but it had such a laid back groove that I immediately feel in love with it. The B-side contains my favourite tracks but having said this, there isn't a bad track on the whole album. I therefore pay tribute to Gregg Allman with this post and hope you enjoy his solo material.
.
Track Listing:
01. Come And Go Blues - 4:48 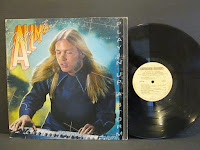 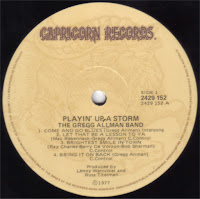 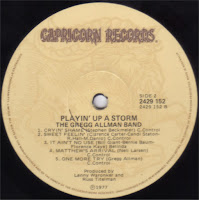 Posted by AussieRock at 1:13 PM