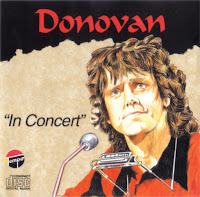 The first British folk singer to crack the UK pop charts, Donovan (Phillips Leitch) made the Top 5 with his first single, Catch The Wind, early in 1965. By the end of that year the ‘British Bob Dylan’ had scored two more hit singles, two hit albums and a hit EP. As flower-power blossomed, so did Donovan as songs like "Mellow Yellow", "Sunshine Superman", "Hurdy Gurdy Man" and "Barabajagal" soaked up rock and jazz embellishments.

He stepped off the merry-go-round in the early 70s before it turned into a treadmill, and recorded and toured intermittently from there on.

Like a lot of 1960s folk-rock veterans, Donovan has found his biggest modern audience in new recordings of his classic hits. This British release is one of them, a 1990's release of an all-acoustic show from 1984, running for approx one hour and covering such material as "Sunshine Superman," "Jennifer Juniper," "Catch the Wind," "The Hurdy Gurdy Man," "Universal Soldier," "Atlantis," "Colours," "Cosmic Wheels," "Young Girl Blues," and "Wear Your Love Like Heaven," among others. 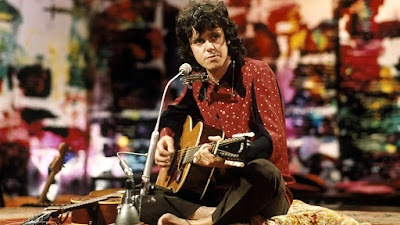 His voice is better here than it was for many a '60s performance, and the recording quality is excellent. The old Columbia 'Live In Concert' still has a certain dopey (in more ways than one) charm, having been recorded in the midst of flower power, but these performances are more engaging and include a bigger cross-section of his repertory. "Hurdy Gurdy Man," for example, works amazingly well without the psychedelic guitar of the studio original, complete with Donovan's wry recollections of his time with the Maharishi, the Beatles, Mia Farrow et al., and an extra verse associated with George Harrison; and "Sunshine Superman" (which includes Donovan's harmonica playing), "Cosmic Wheels," and "Atlantis" are better songs here than their originals.
. 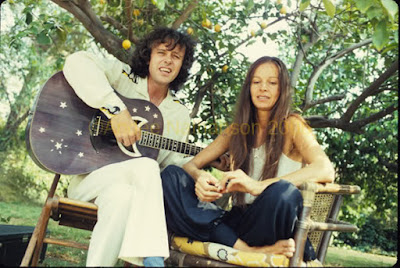 Donovan's performing and recording became sporadic after this 1984 release until a revival in the 1990s with the emergence of Britain's rave scene. He recorded the 1996 album 'Sutras' with producer Rick Rubin and in 2004 made a new album, 'Beat Cafe'. Donovan was inducted into the Rock and Roll Hall of Fame in 2012 and the Songwriters Hall of Fame in 2014.
. 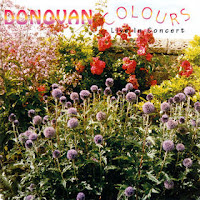 This post consists of MP3's (320kps) ripped from CD and includes full album artwork.  This recording was made in New York at Madison Square Gardens in 1984 and has also been released under various other bootleg titles, namely 'Colours' and 'Universal Soldier_Atlantis_Live' (see covers right)
The quality of the recording is very good and highlights Donovan's wonderful vocal and acoustic guitar prowess. All of his hits are here except "Mellow Yellow" - pity.
. 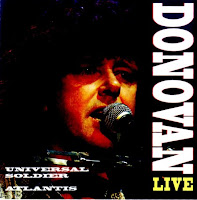 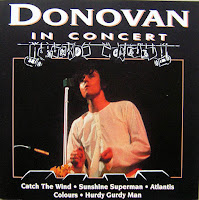