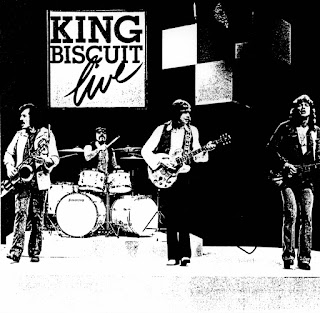 This show features The Moody Blues showcasing most of their biggest hits, but only about half of the entire show is presented on this night at Chicago's Poplar Creek Music Theatre in August, 1981. There is some discrepancy however as to the actual date. Popular belief is that it was the 17th, however other bootleg sources indicate the concert was on the 18th or 19th.  This concert was broadcasted to air by the King Biscuit Flower Hour in 1982 and 1994 and features the usual add breaks and commentary expected from this famous radio show. I've decided to keep the broadcast true to its original format, however you could easily edit out the adds using your favourite audio editor (ie. Audacity) if these annoy you.

While the U.K. band had been enormously popular in the late 1960s and in first half of the '70s, they had not toured extensively in the U.S. and didn't work at all between 1974 and 1978. The much ballyhooed "Octave" reunion tour in 1978 re-established the band as one of premier classic British rock bands and started a cycle of almost yearly U.S. summer tours, which continues to this day. 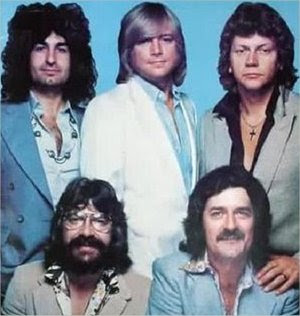 The classic line-up of Graeme Edge, Justin Hayward, John Lodge, Ray Thomas and keyboardist Mike Pinder all participated in the '78 reunion LP, but Pinder was so upset with the outcome of the record he left the band before the tour. He was replaced by former Refugee keyboardist Patrick Moraz (a Swiss musician very much in the style of Keith Emerson), who remained in the Moodies through the end of 1990.

The Moody Blues began as an R&B/pop act out of Birmingham, England in May, 1964. The original line-up only included Thomas and Edge from this 1981 version, and the sound was completely different from what they became in 1967. With charismatic singer/guitarist Denny Laine on lead vocals, the band had a massive Top 10 hit in 1965 with a soulful cover of "Go Now," a song originally recorded by American R&B singer, Bessie Banks. The success of "Go Now," got them a label deal with Deram Records, a division of London Records (original home of The Rolling Stones). A tour opening for The Beatles followed, and hopes were high for The Moody Blues to be The Next Big Thing.

Unfortunately, the band could never come up with a successful follow-up single. By the fall of 1966, Laine (and original bassist Clint Warwick) were gone, replaced by Lodge and Hayward. With the advent of the psychedelic era (and the use of mind altering drugs), The Moody Blues purchased one of the very first Mellotrons (the forerunner to the modern synthesizer) and changed their sound to a dreamy, progressive blend of rock, folk and classical.

They re-emerged in 1967, with Days Of Future Passed, the first album to feature a rock band and full orchestra. From that came the smash single, "Nights In White Satin," which was followed by a string of popular LPs and singles, that included "Question," "Ride My See Saw," "I'm Just A Singer In A Rock N Roll Band," "The Voice" and "The Story In Your Eyes," all of which are faithfully executed at this show, originally recorded for the King Biscuit Flower Hour. [extract from concertvault.com] 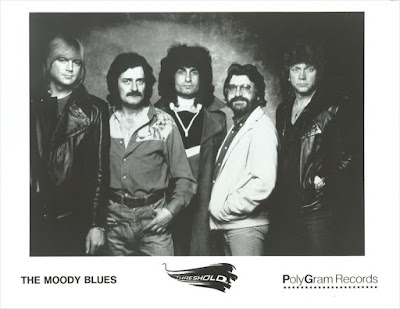 .
This post consists of a single MP3 file (128kps) and B&W album artwork, although I have added a colour label scan of the vinyl release from 1982 to use as the inner cover (see right).  The recording quality is brilliant (even though the bitrate is disappointing) and deserves a 10/10 for its soundboard origin, and in my opinion tops any of their official live material.
So sit back and enjoy this authentic radio station broadcast of the Moody's from the early 80's.
. 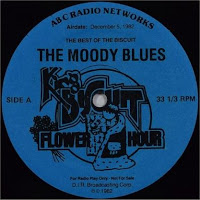 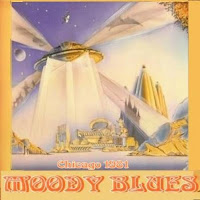